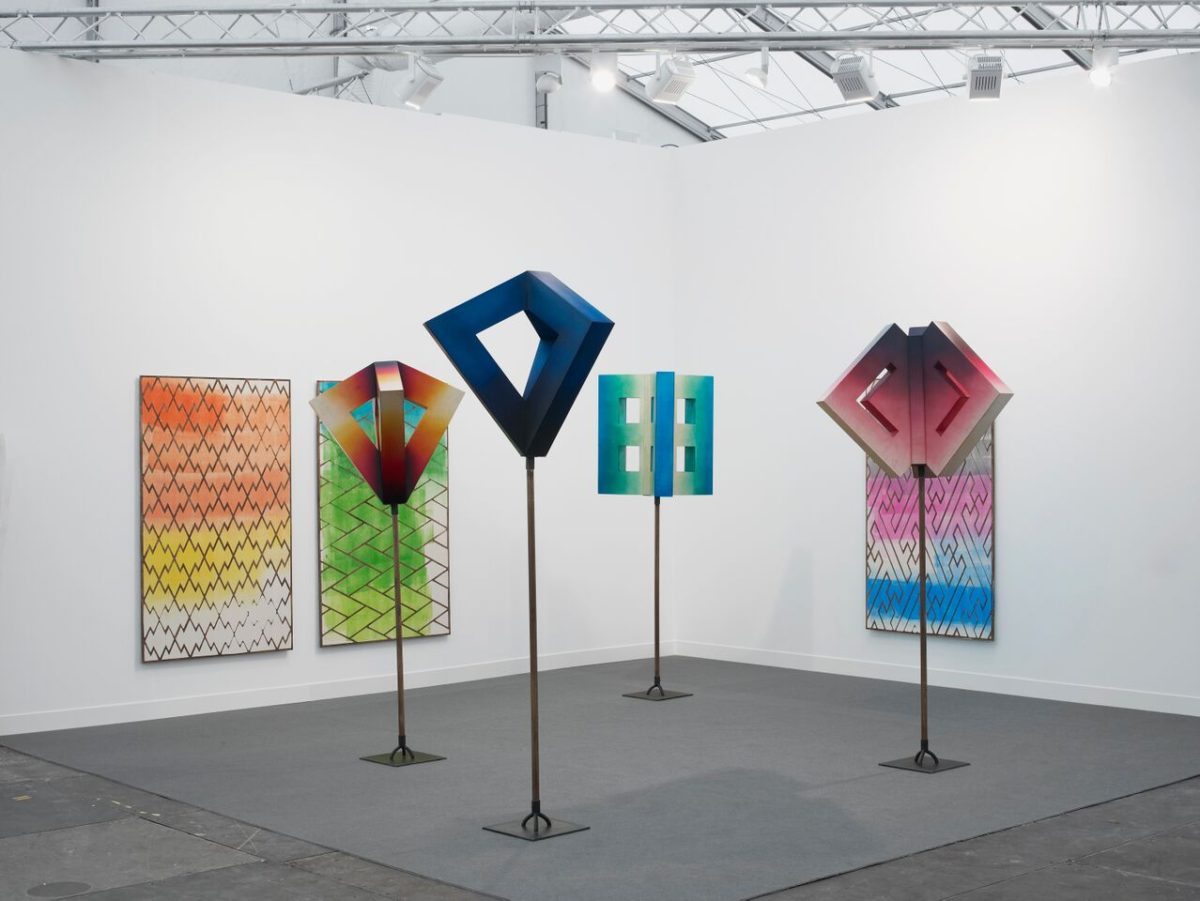 For Frieze Focus 2015, London-based artist Ruairiadh O’Connell has created new two and three-dimensional works inspired by the uniforms and flags of Japanese Hikeshi firemen from the Edo period. With reference to these seventeenth century textiles, O’Connell continues his investigation of the psychological and social dimensions of abstraction.

Made from poured jesmonite and wooden frames, the wall works mimic the ornamental and strategic stitches of firemen’s uniforms that are known as “sashiko” and take various forms, including “inazuma,” which translates as “flash of lightning.” Wives and other family members often hand stitched the intricate designs to protect their loved ones. Up to eight layers of the stitch were built up, creating a complexly protective gear, able to trap and shrink water into the spaces between the stitching. This created a layer of armor, strengthening and empowering the men to fight the fire. The techniques used to make these coats were pioneering, a pre-cursor to the design of NASA astronaut uniforms.

Punctuating the floor space are sculptures inspired by the “Matoi” – flags that were carried by the firemen as both symbols of the brigade and warnings for the townspeople. O’Connell transforms these “flags” into wooden sculptures, painted in “tri-blast” colors, evocative of the gradient hues of the sunsets of Edo period woodcut paintings and electric guitars. When the viewer walks around the sculpture, the colors shift, a visual equivalent of a spinning siren.

O’Connell’s practice explores abstract patterns, such as 1950s airplane seat cover fabrics and casino carpets, which were designed to have subliminal psychological effects such as calming, distracting or encouraging risk-taking. By contrast, the intricate sashiko designs of the firemen’s jackets had conscious psychological and physical impact on their wearers. By drawing purposeful patterns into his work, O’Connell enriches the art history of abstraction.

Ruairiadh O’Connell (b.1983 Aberdeen, Scotland) attended the Städelschule in Frankfurt. He has exhibited in New York, London, Oslo, Berlin and San Francisco. O’Connell is represented by Jessica Silverman Gallery. He lives and works in London. 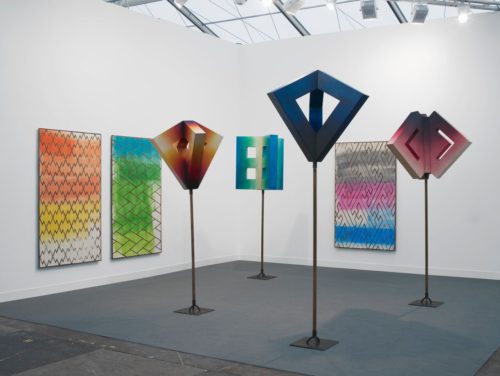 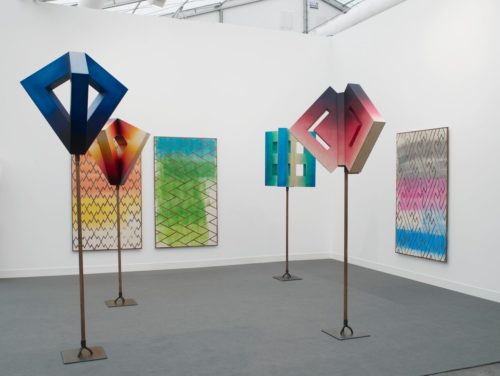 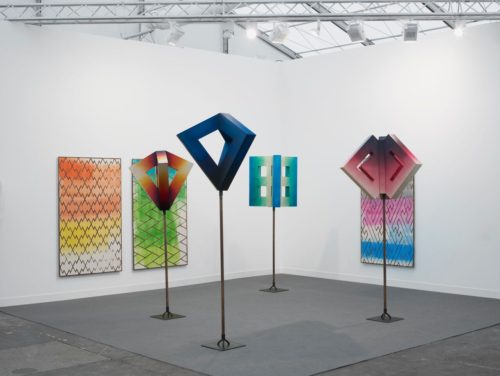 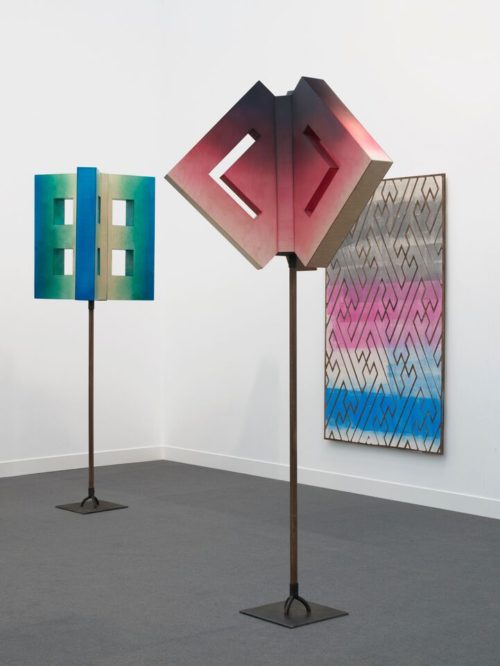 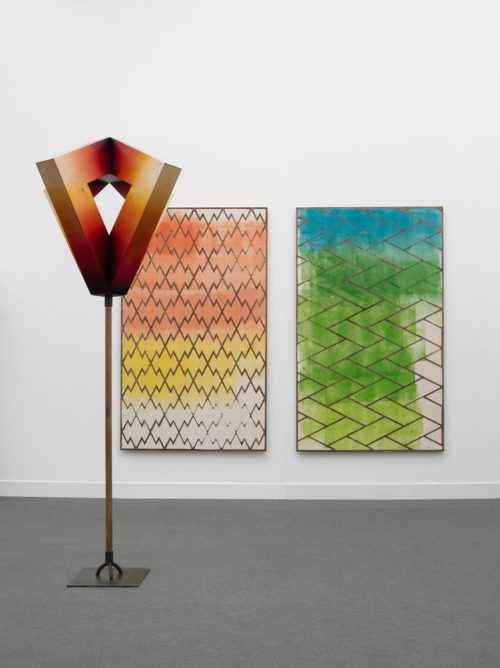 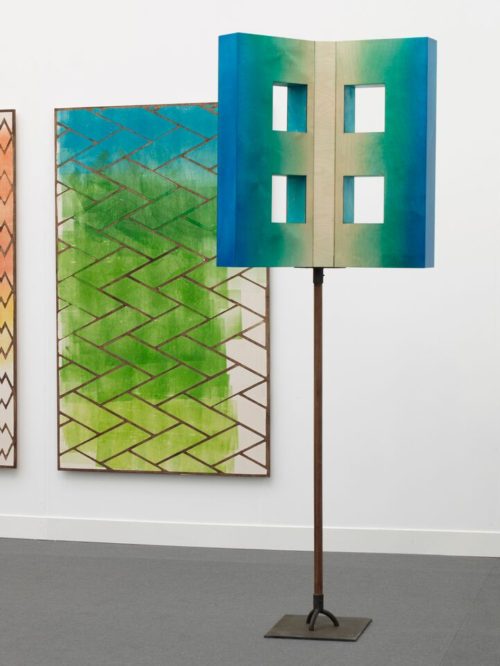 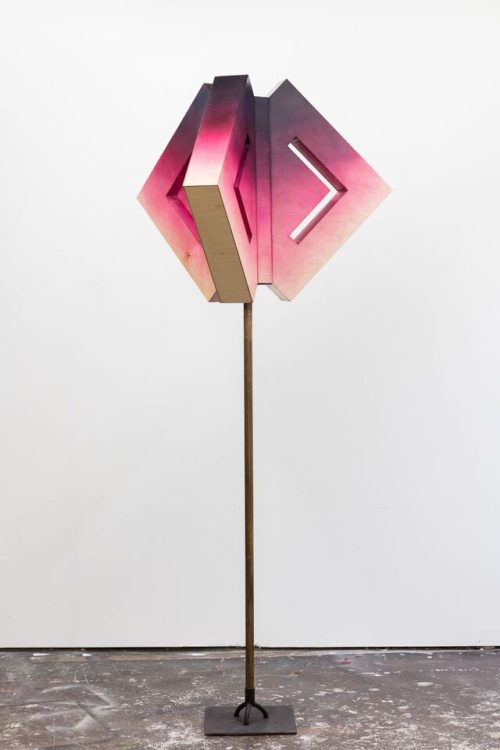 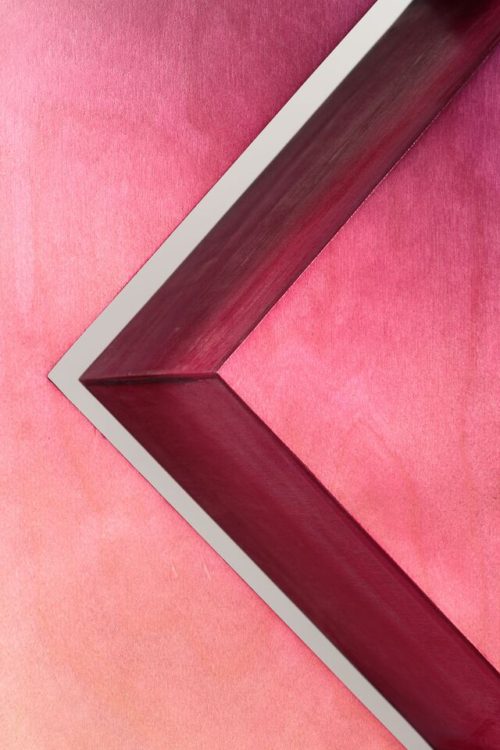 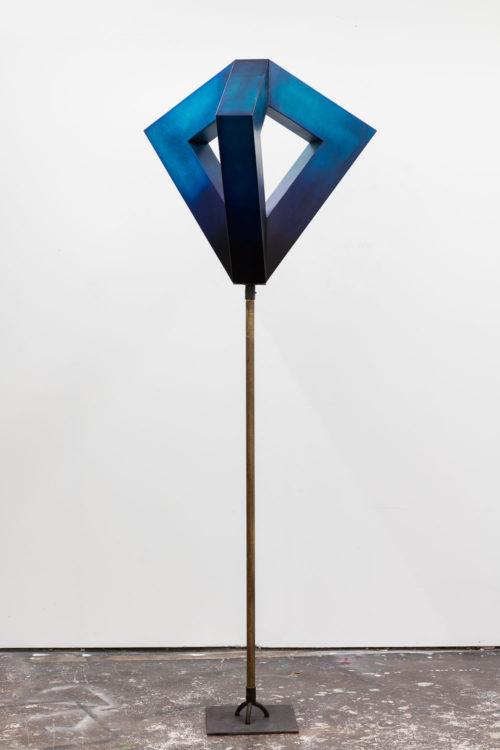 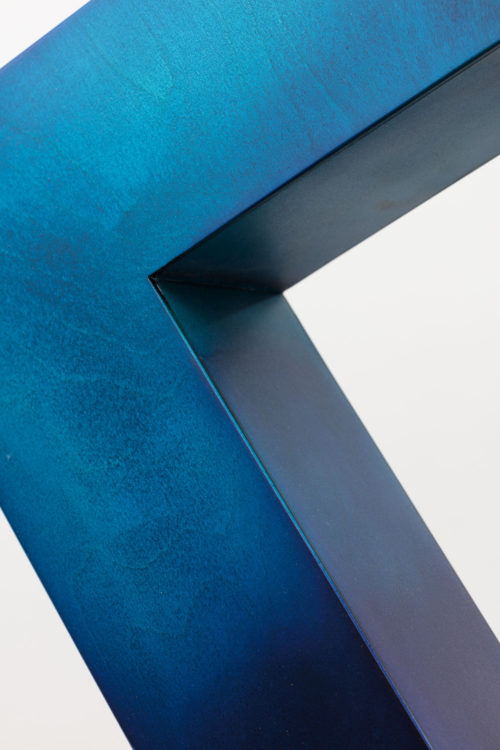 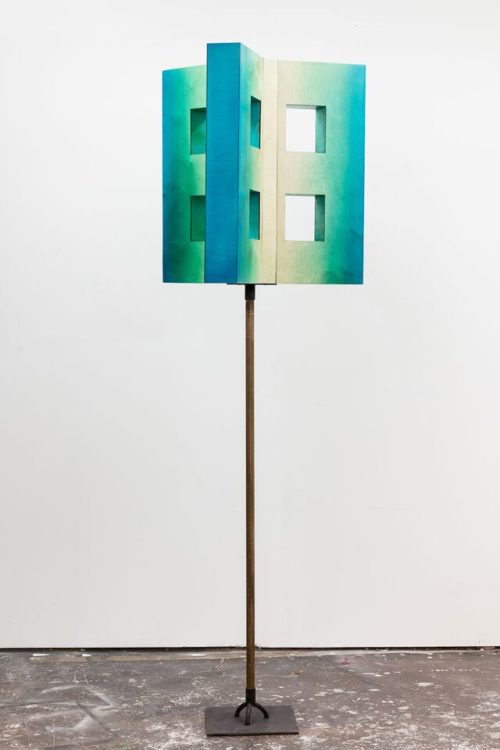 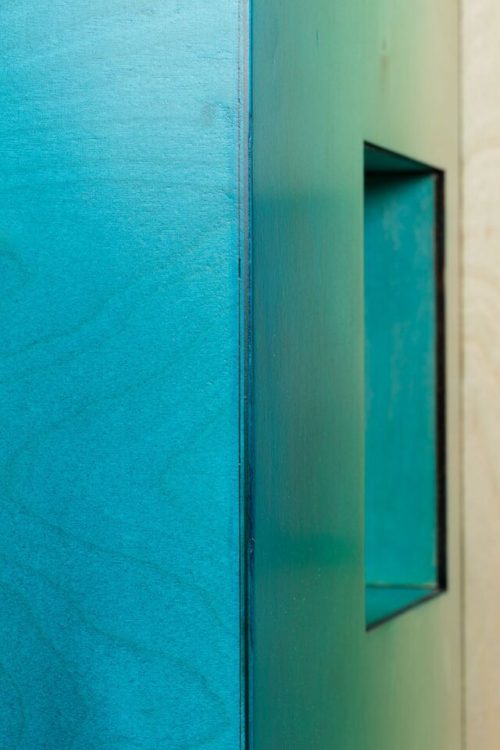 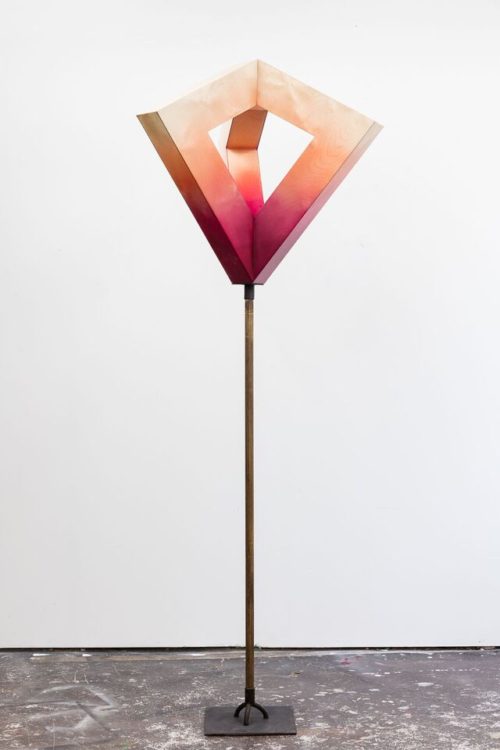 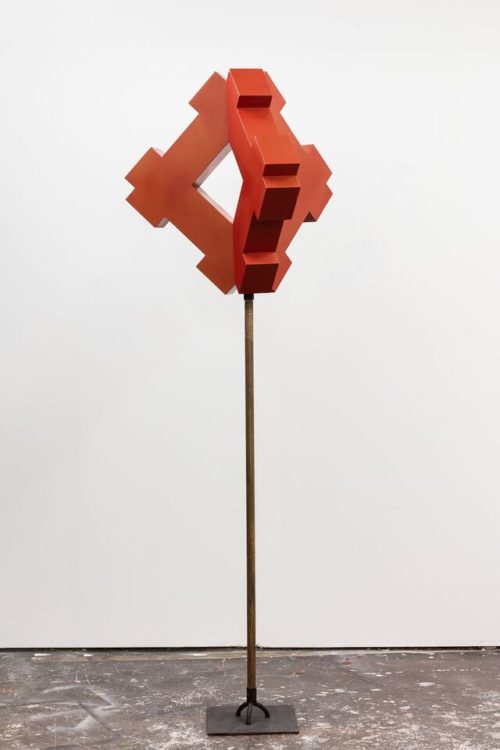 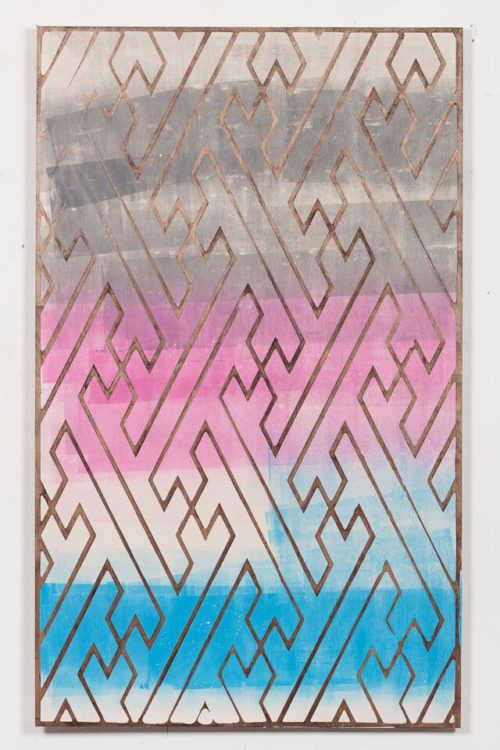 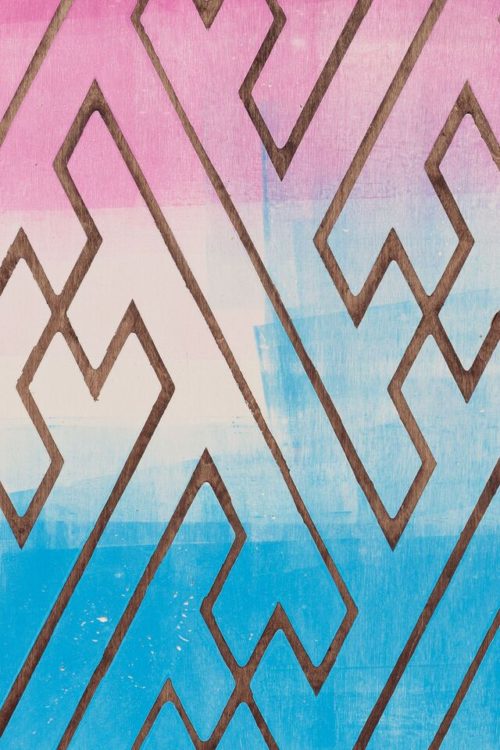 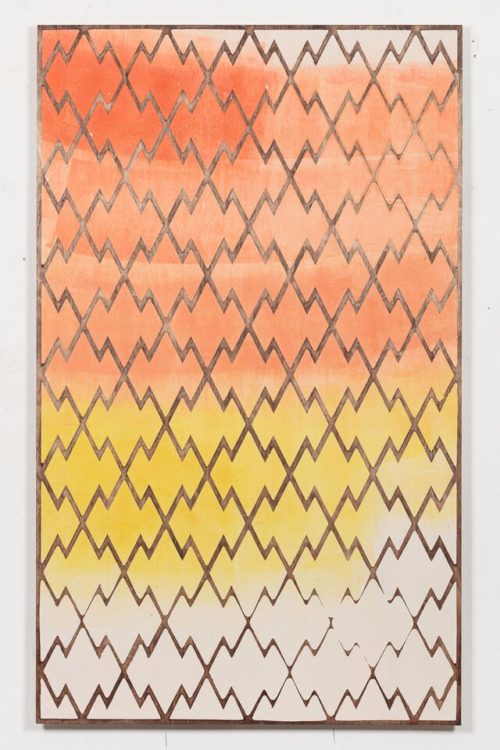 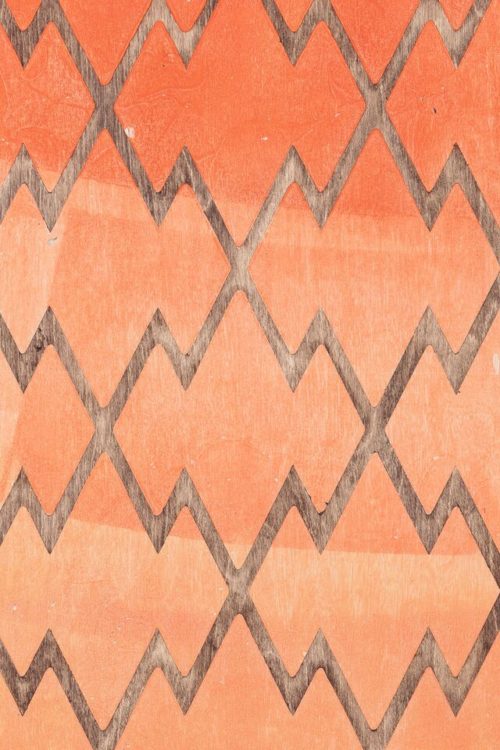 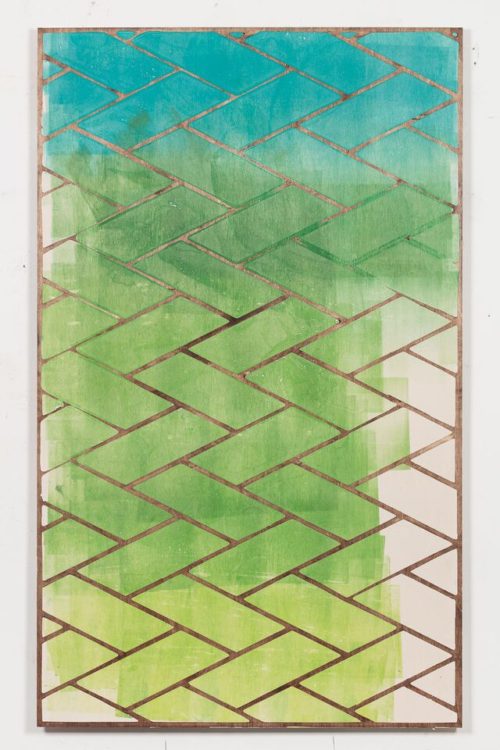 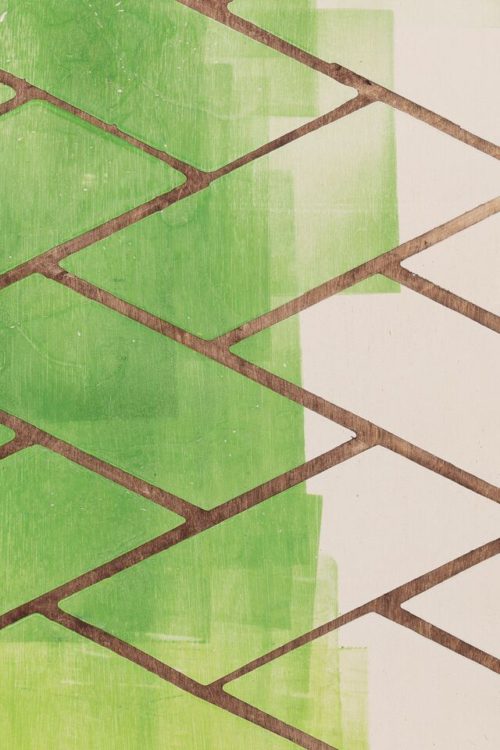