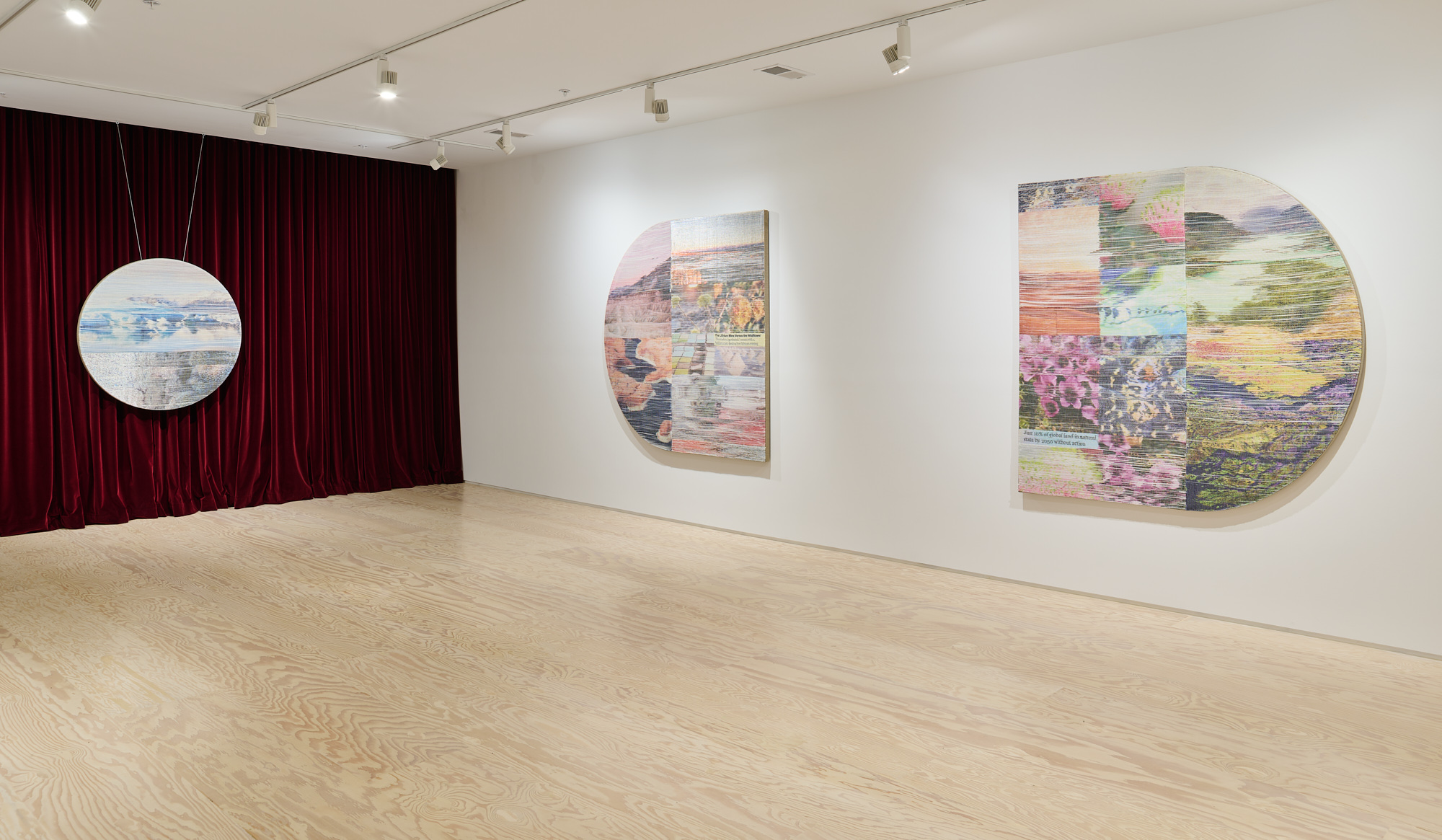 Jessica Silverman is pleased to announce Margo Wolowiec’s “Whole Earth,” the artist’s second solo exhibition with the gallery, on view from June 10 to July 16, 2022. This new body of work centers around ecology: selected images of flora, fauna, and landscapes from around the world merge into a single collage, effectively creating a new field of vision. By doing so, Wolowiec aims to highlight vulnerable and endangered habitats in order to emphasize the interconnection between all of our disparate ecosystems. While still utilizing her standard technique of creating handwoven tapestries of dye-sublimated polymer threads, Wolowiec has shifted by creating shaped canvases and tondos for the first time, bringing the content of the work into a cohesive physical form. 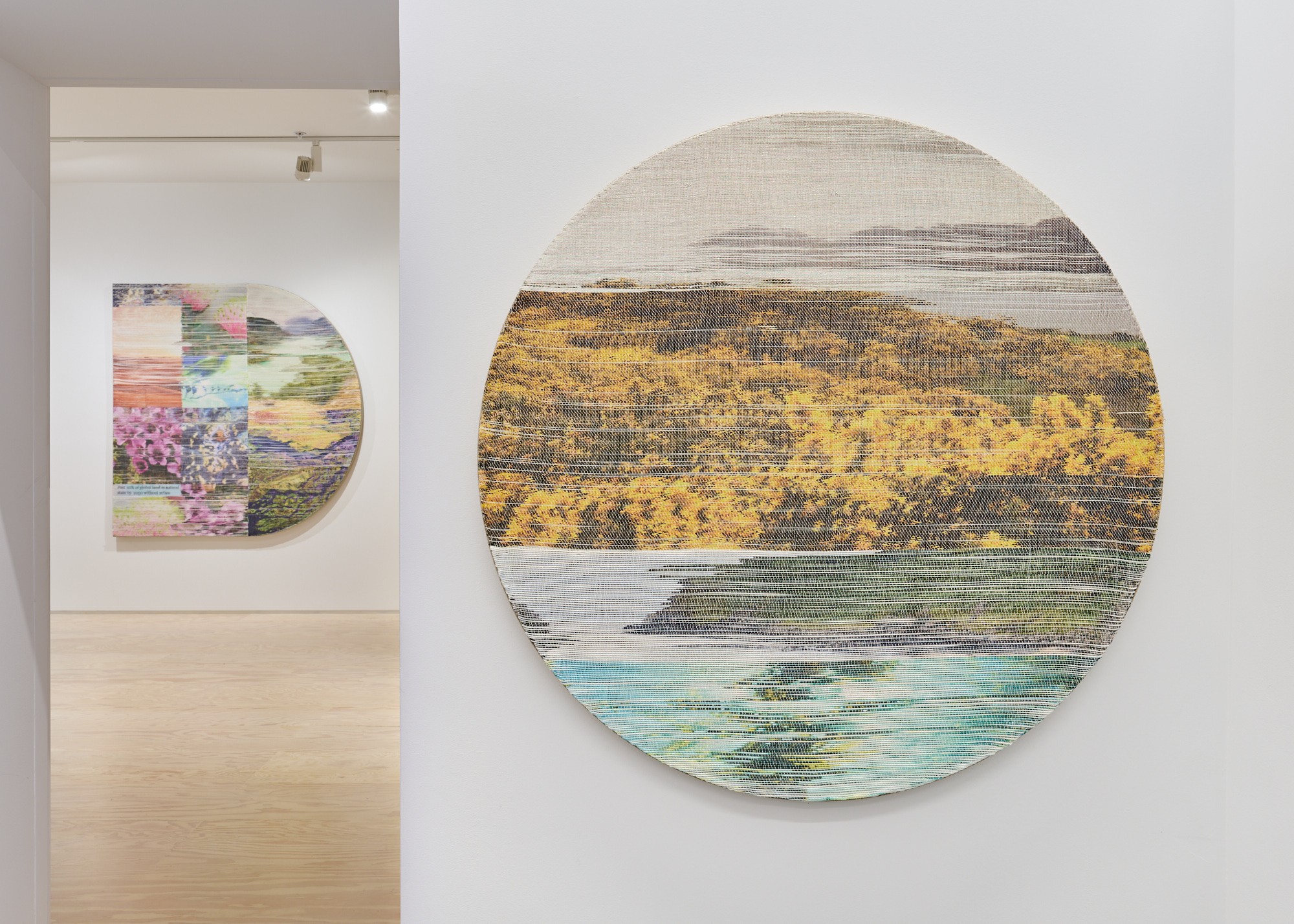 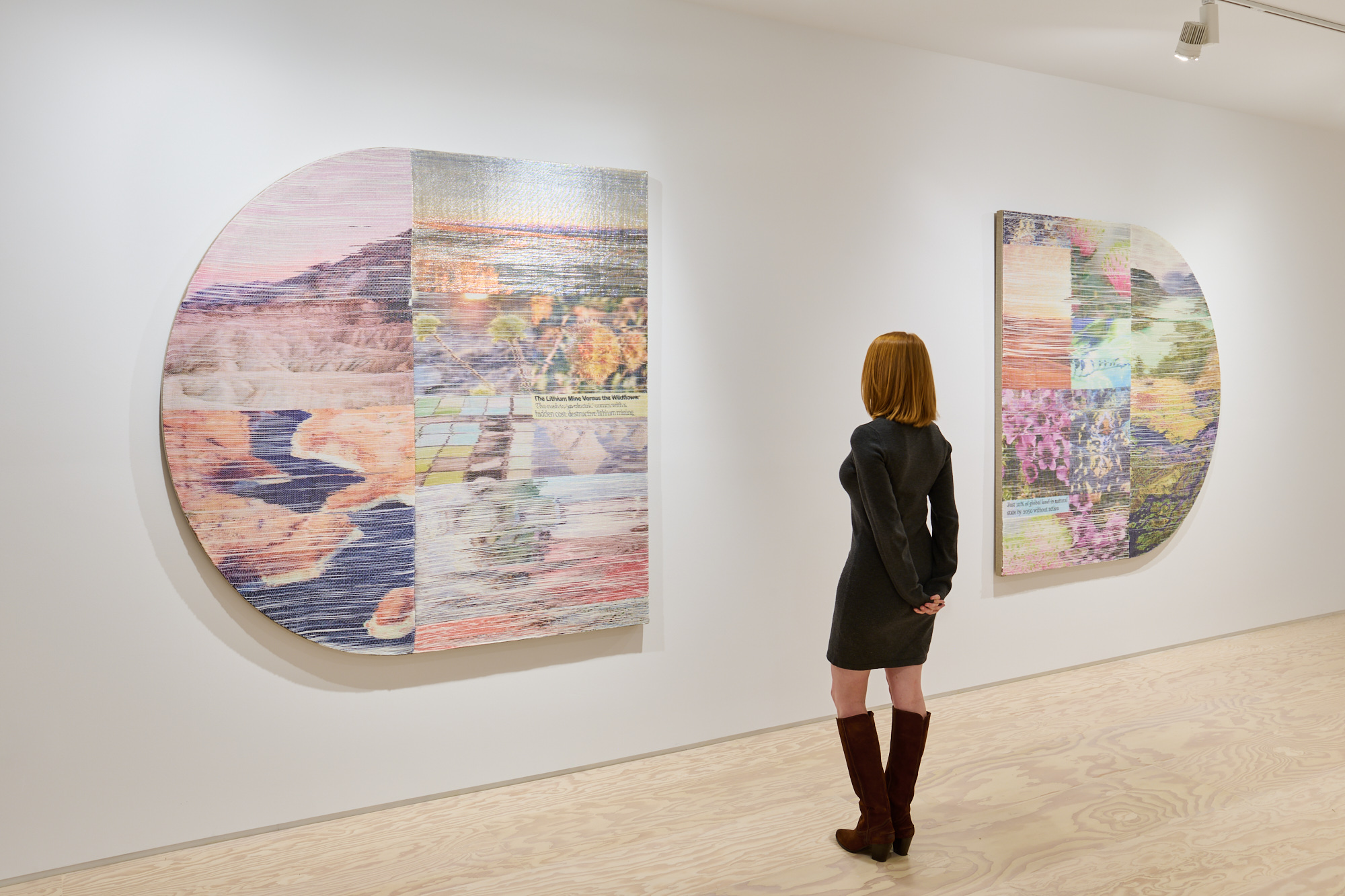 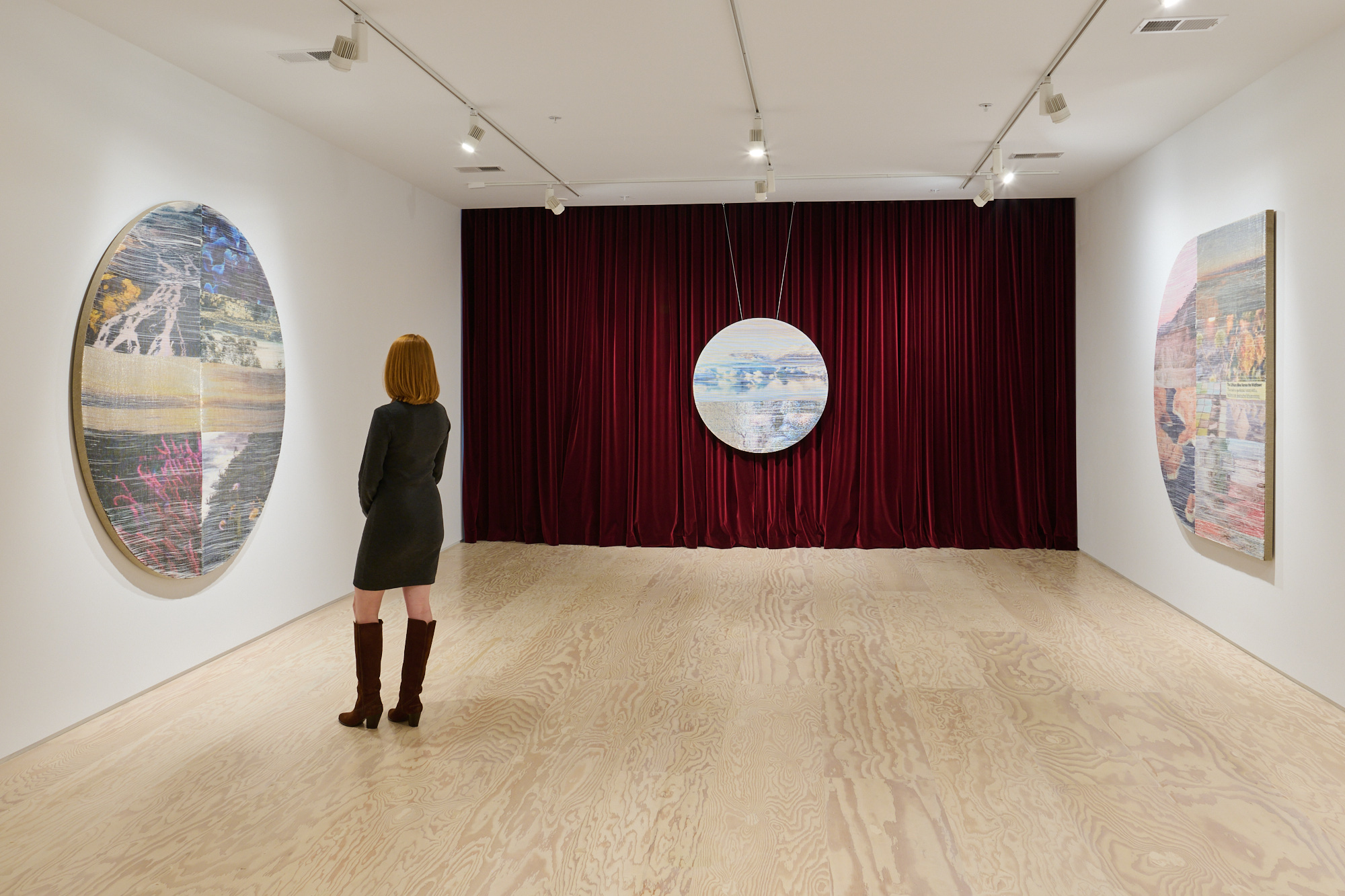 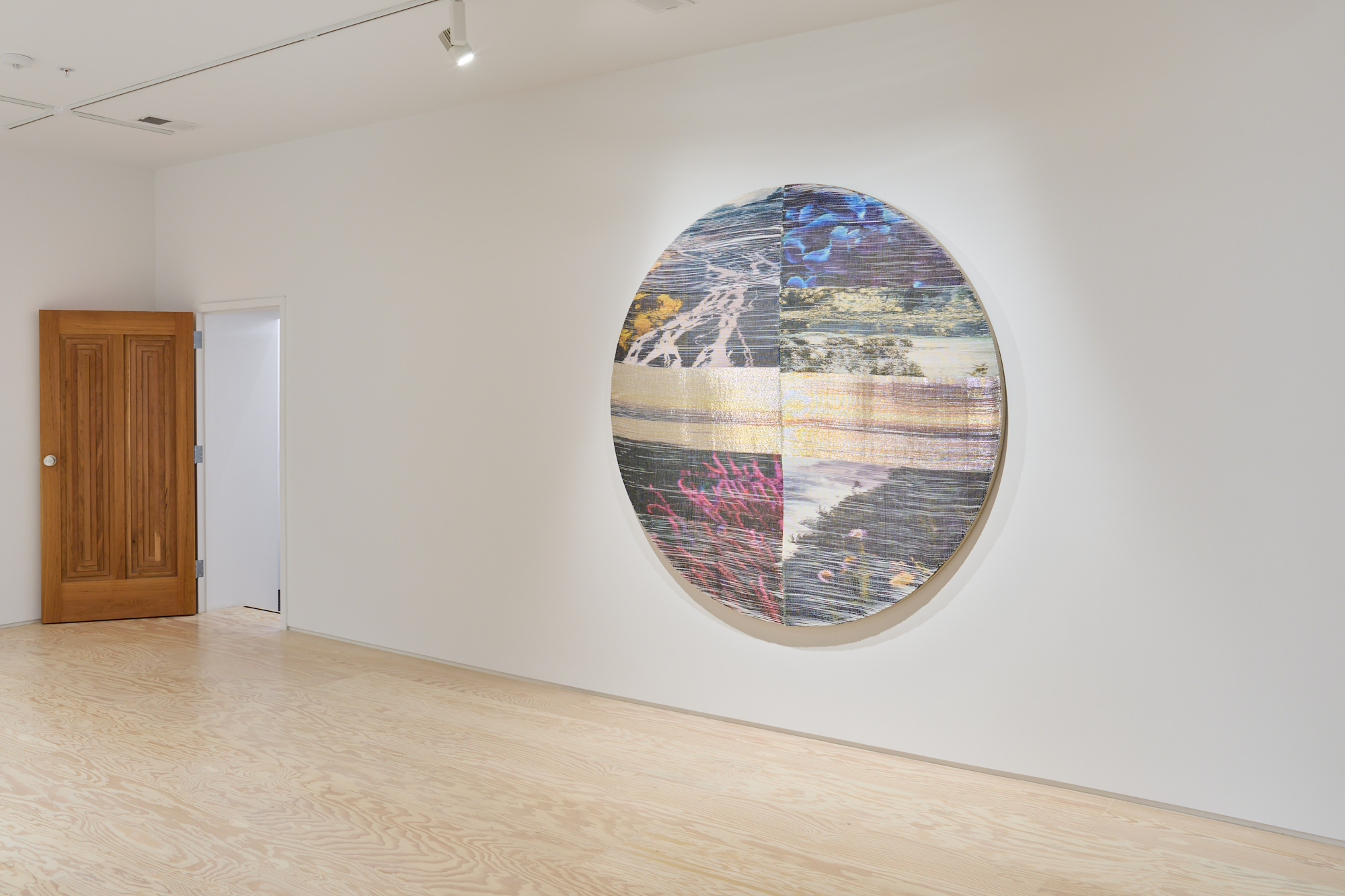 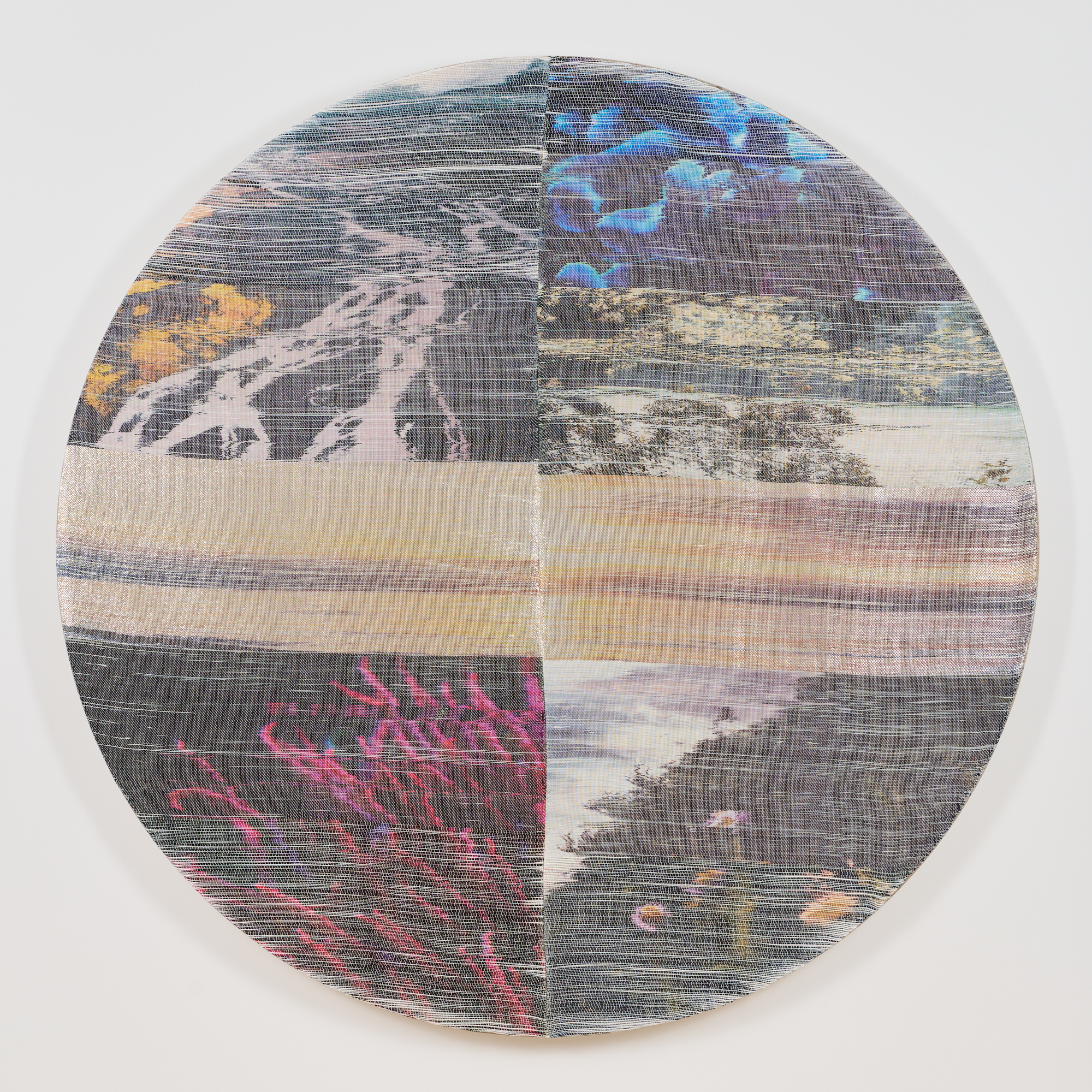 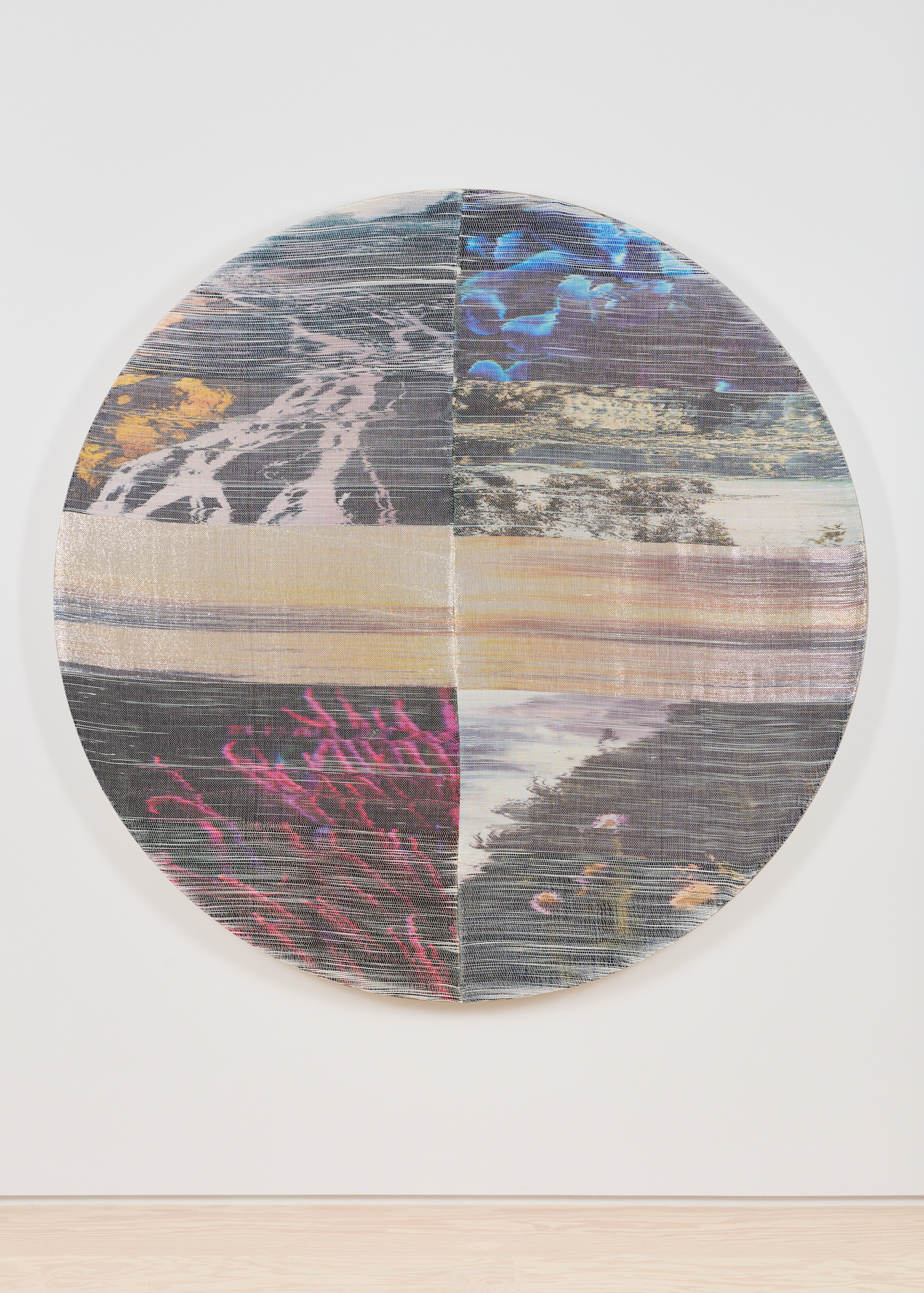 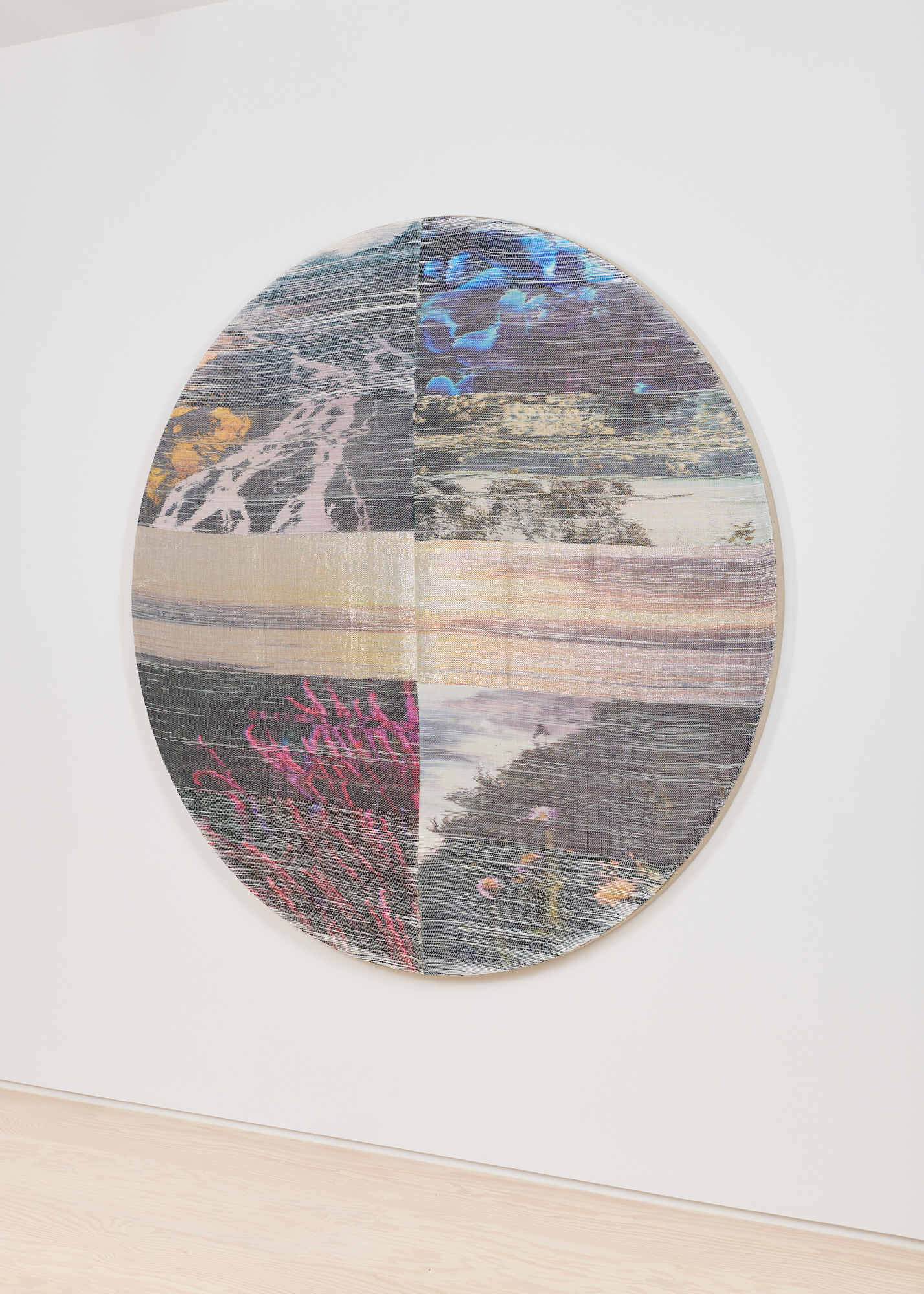 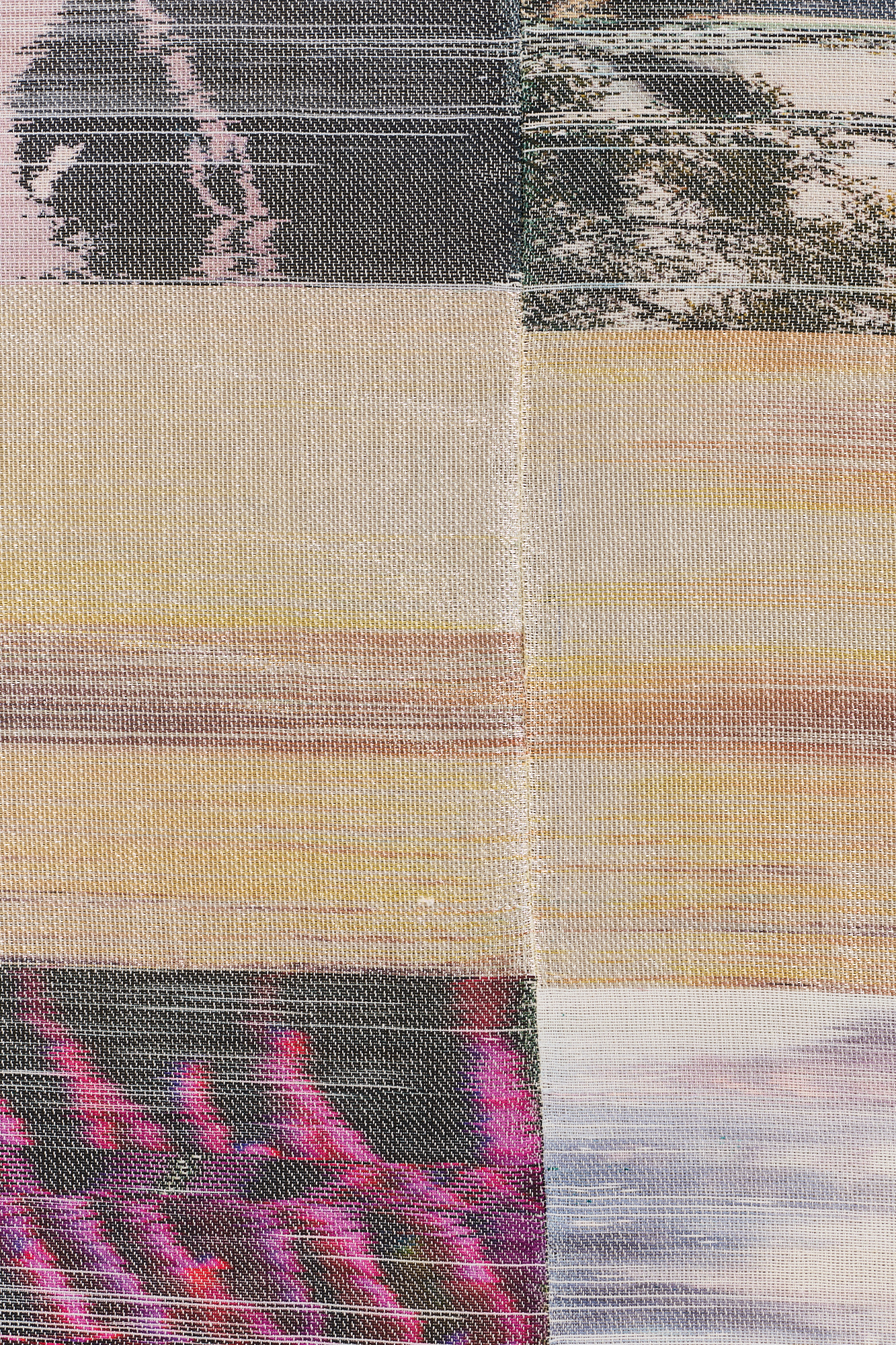 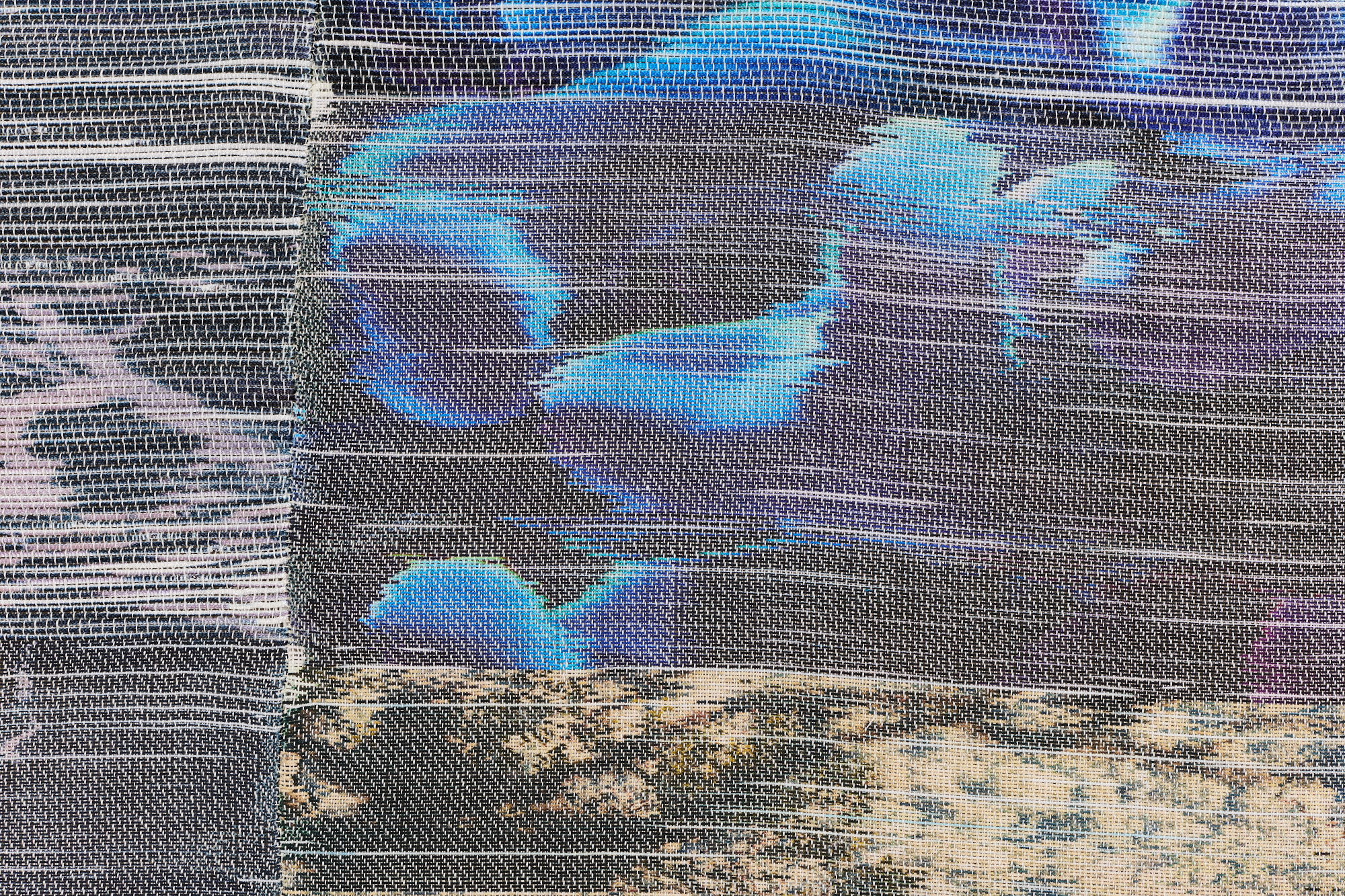 The eponymous work, Whole Earth (2022), is a 74 inch tondo that features source images of an Icelandic river, bioluminescent coral, a New Zealand landscape and a sunrise in Australia. This tension or interconnectivity runs within the infinite form of the circle. According to Wolowiec, “There is such power to a circle, they represent equality and unity, and stand as a symbol of the infinite because it is without a beginning or ending. Circles are spiritual; they represent the sun, the moon, the seasons, and the cycle of life to death, and rebirth.” Additionally, Whole Earth references the magazine Whole Earth Catalog produced between 1968 and 1972, which published how-to guides and product reviews that invigorated human autonomy and environmental empathy. Throughout the exhibition, Wolowiec communicates this empathy—the entanglement of all matter—alongside a proposal for new worlds.

Other works in the show are a more playful combination of semi-circles filled with images of vast landscapes and rectangular counterparts filled with information-packed content and text snippets. Natural State juxtaposes urgency with pastoral calm. A satellite image of the Lena Delta Wildlife Reserve in Russia, the country’s largest protected wildlife area, is situated next to an ominous news headline: “Just 10% of global land in natural state by 2050 without action.” Lithium, made with sterling-silver leafed thread, similarly wields found text from a news headline that reads: “The Lithium Mine Versus the Wildflower.” The artist’s sharp manipulation of images of proposed sites for lithium mining in Nevada ushers in a totalized image of an ecological past, present and future. 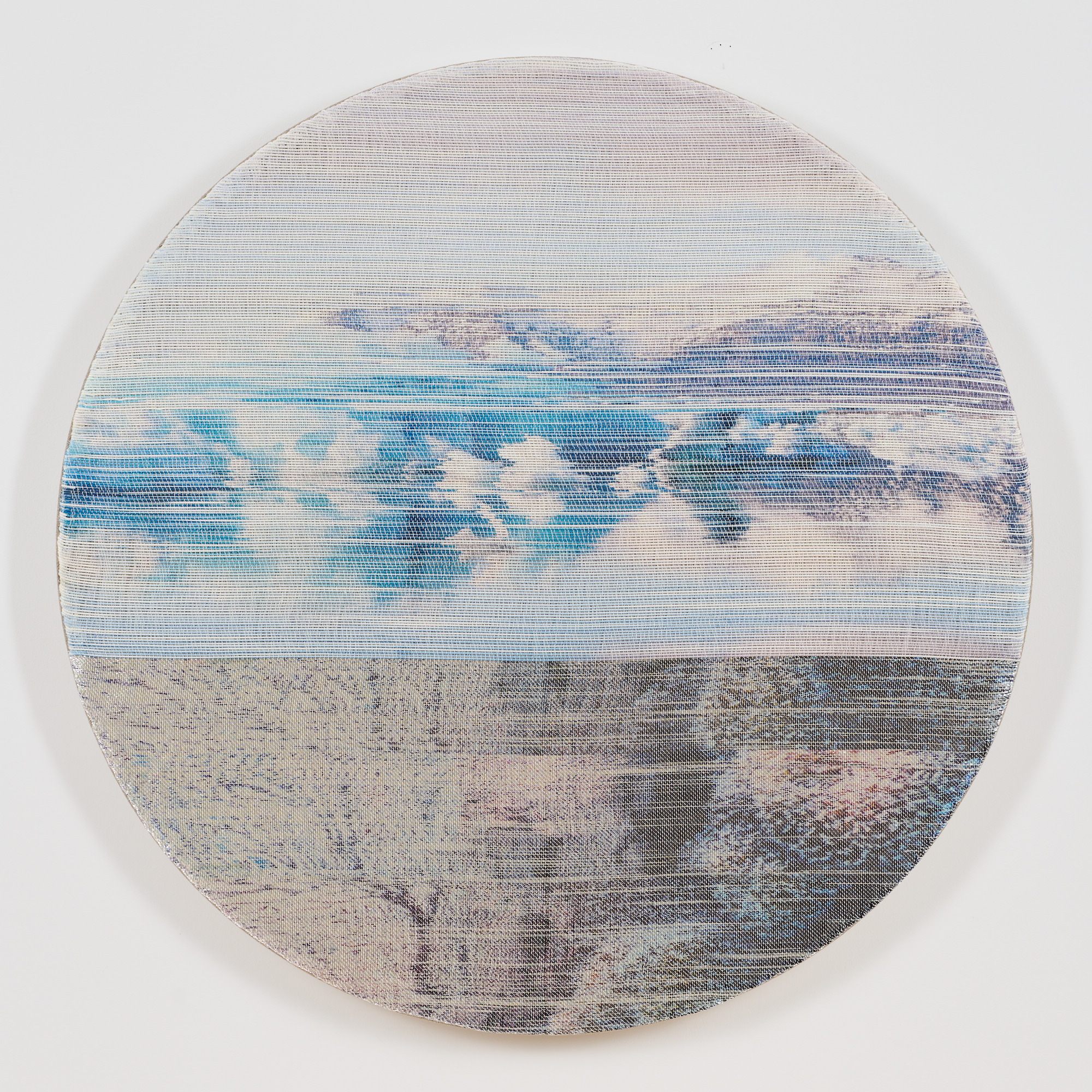 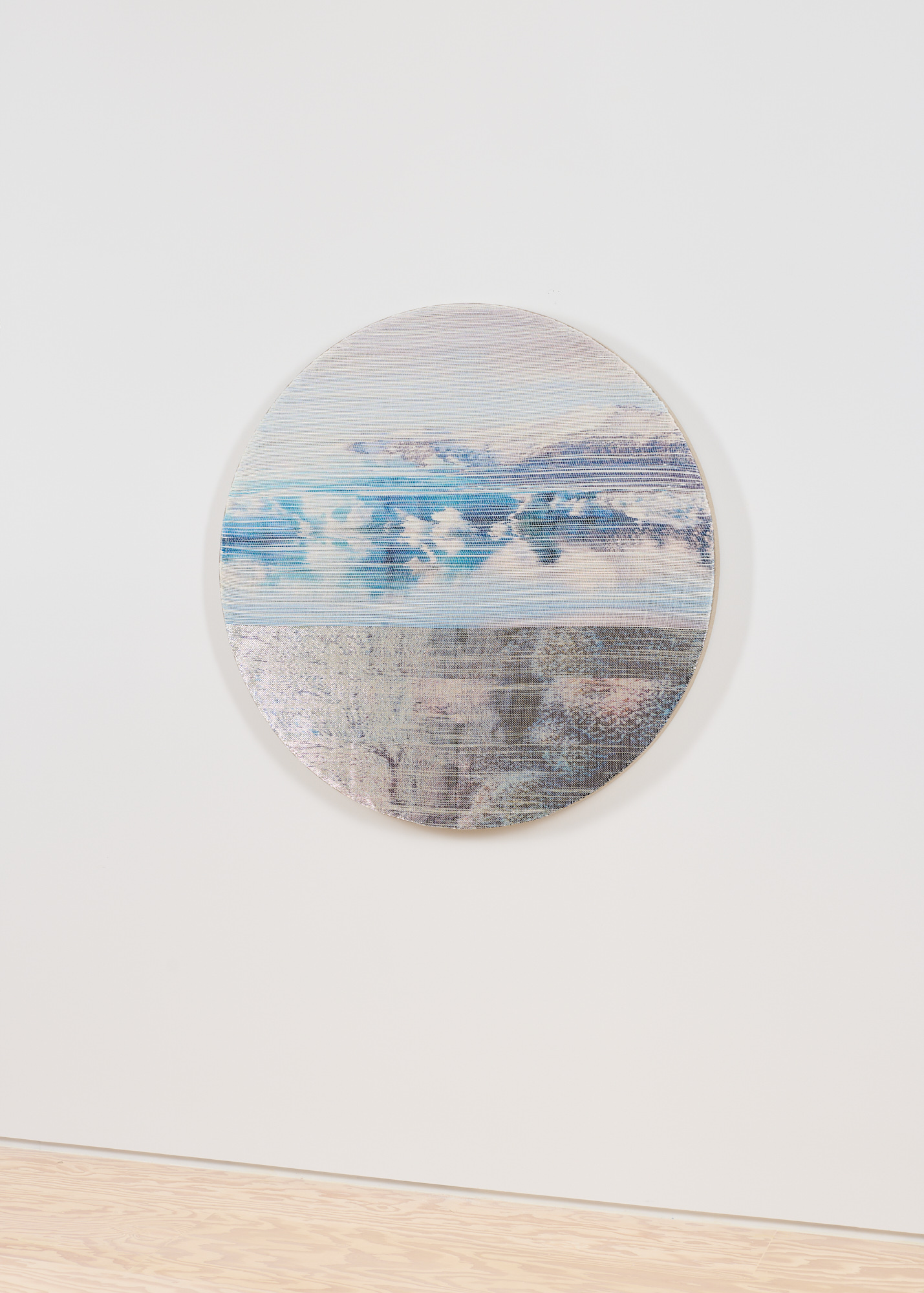 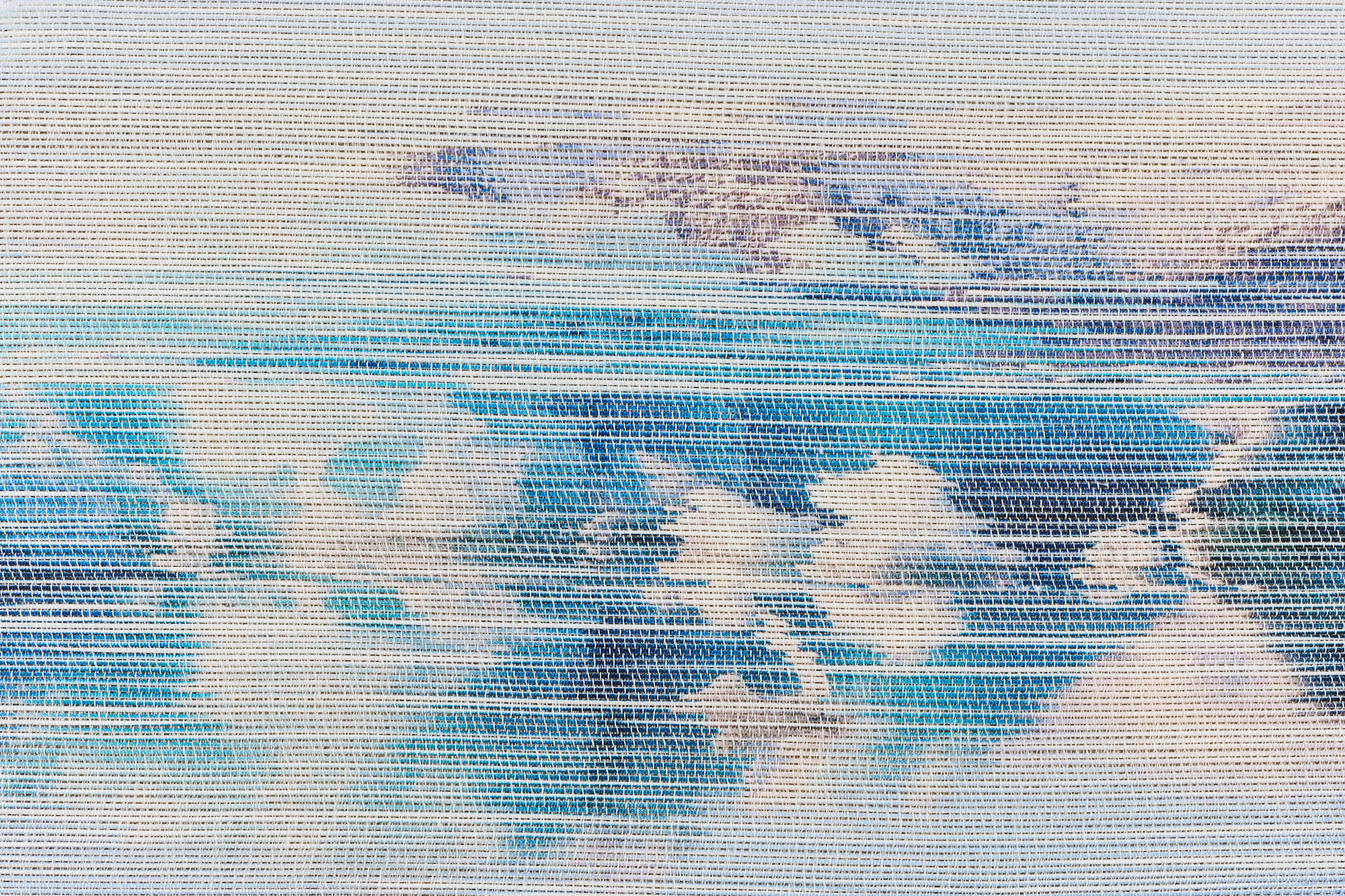 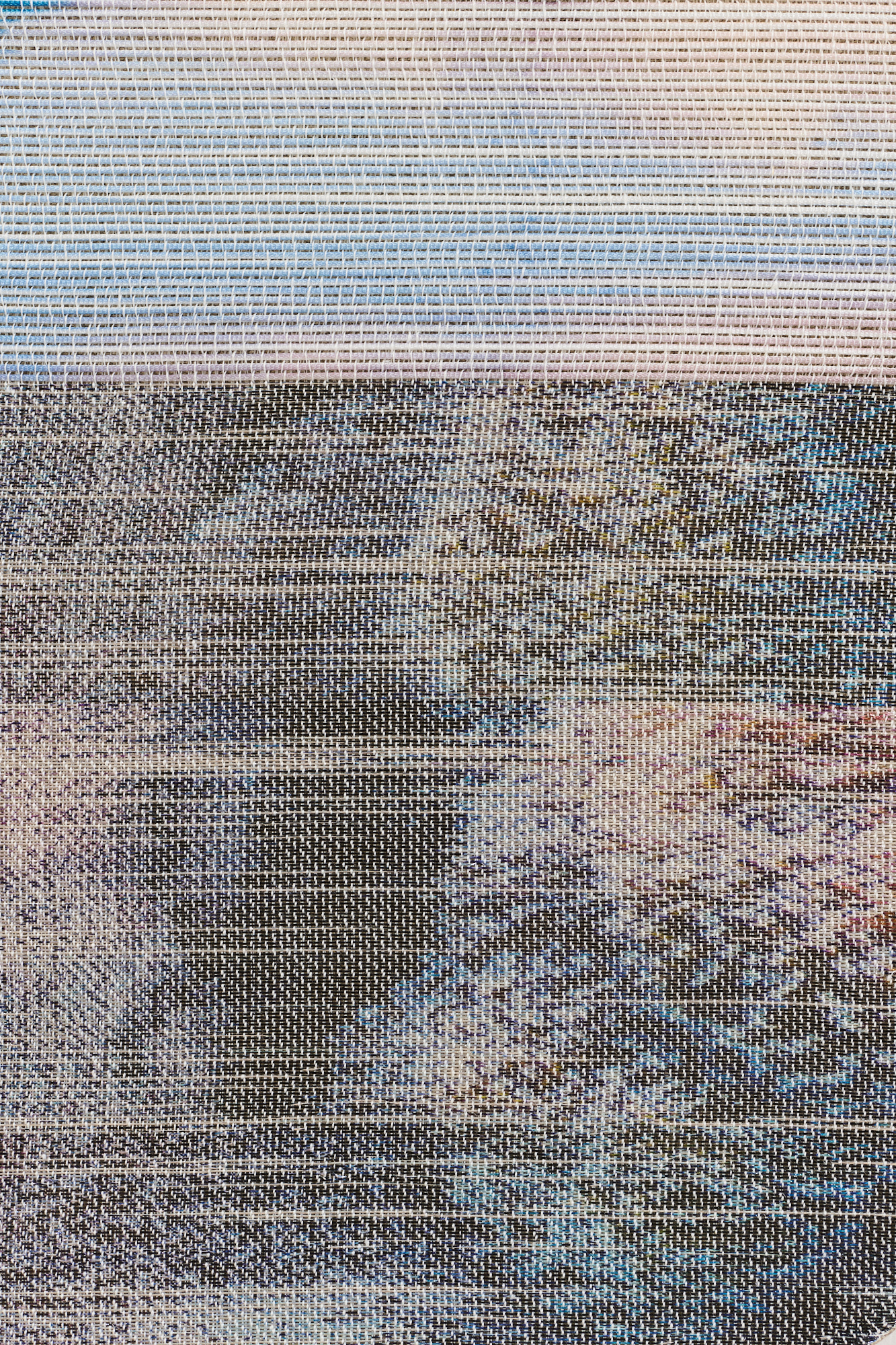 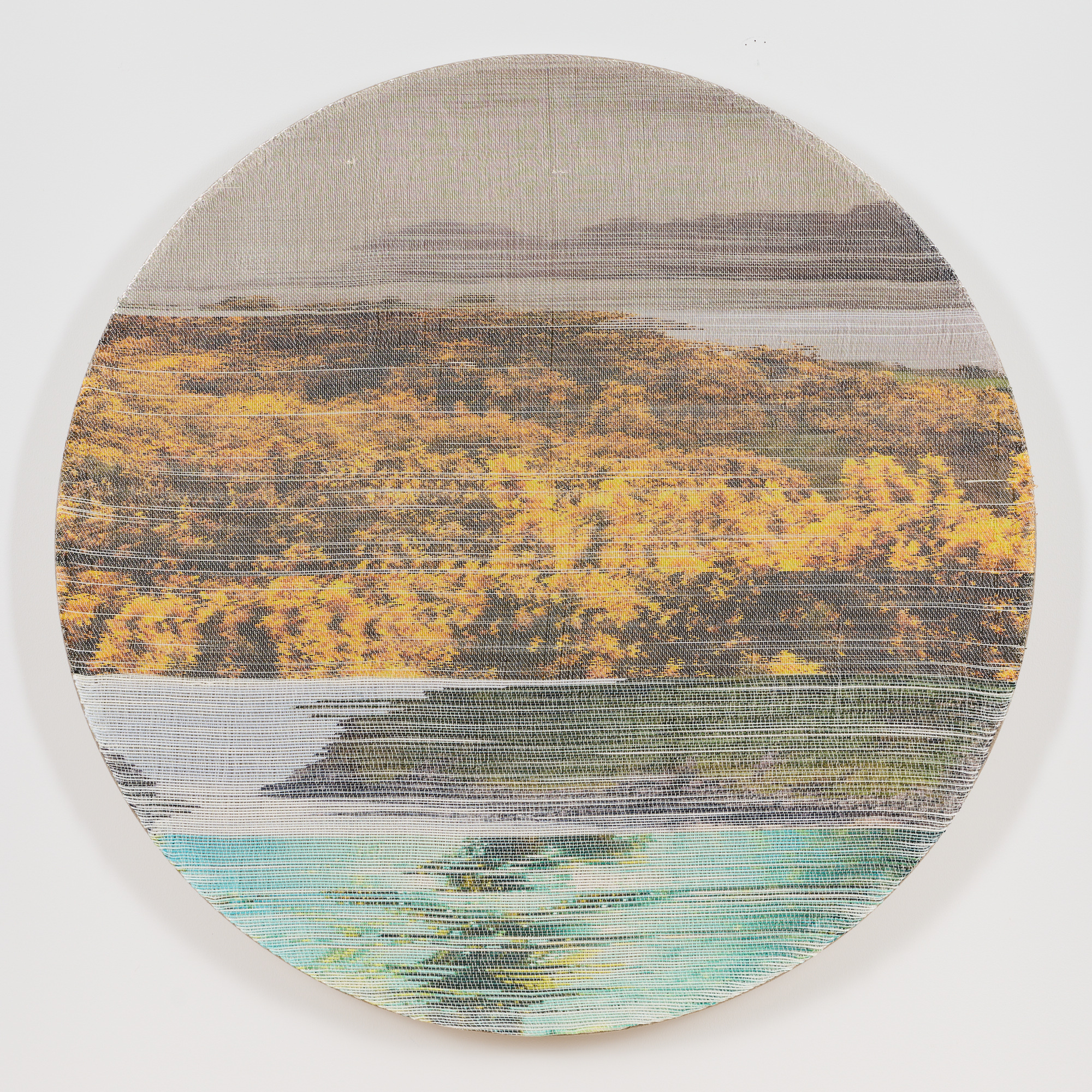 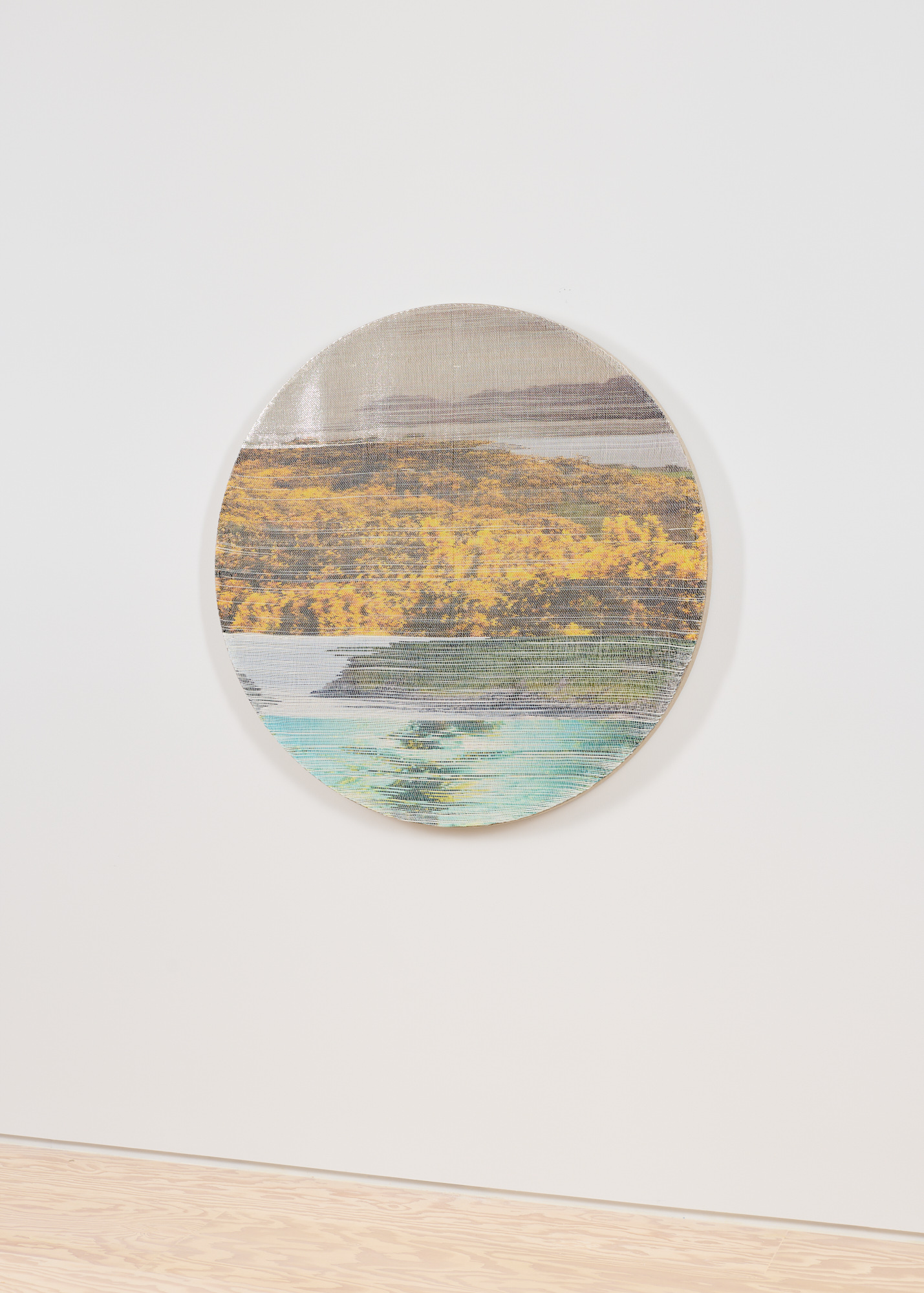 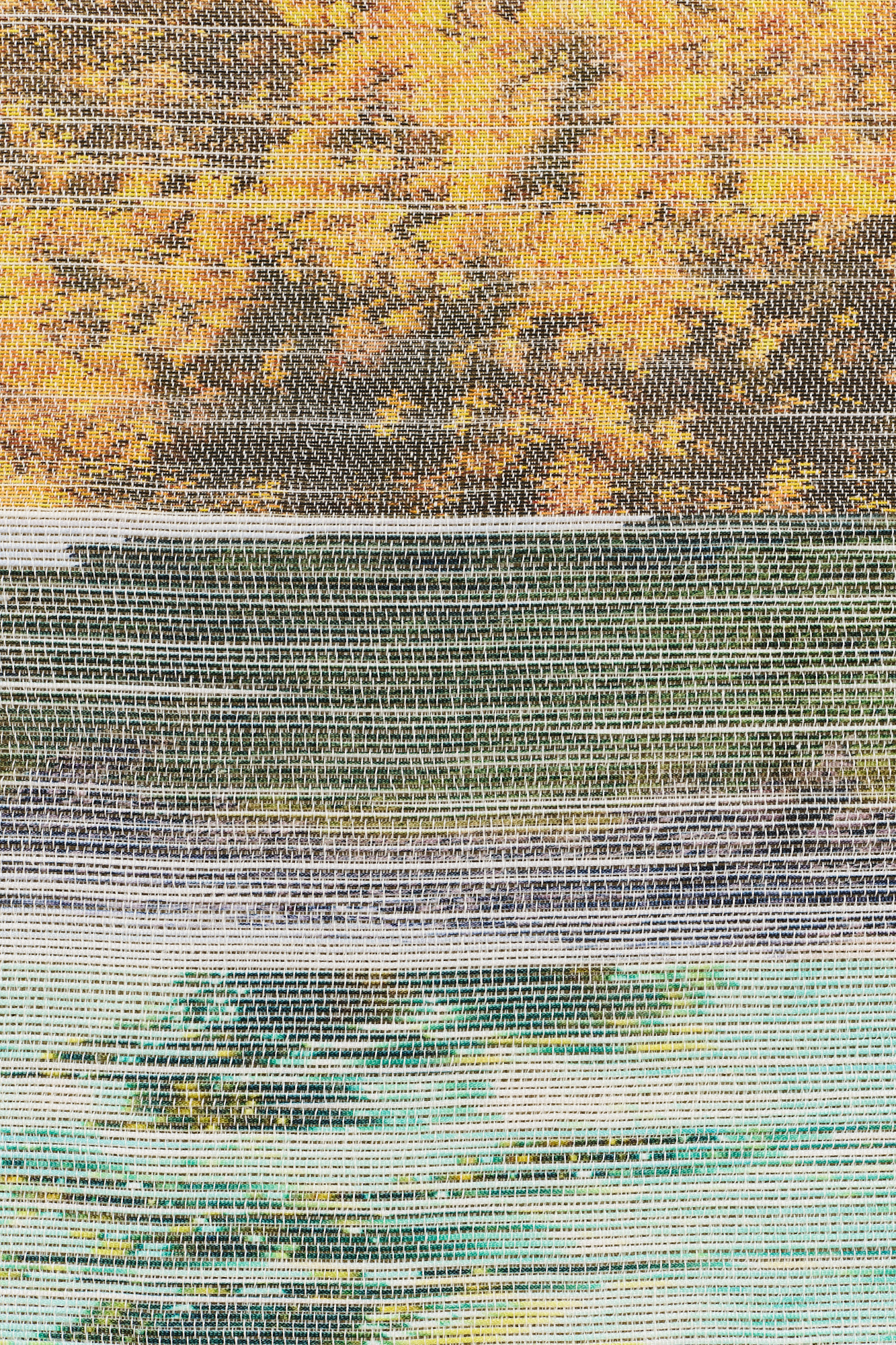 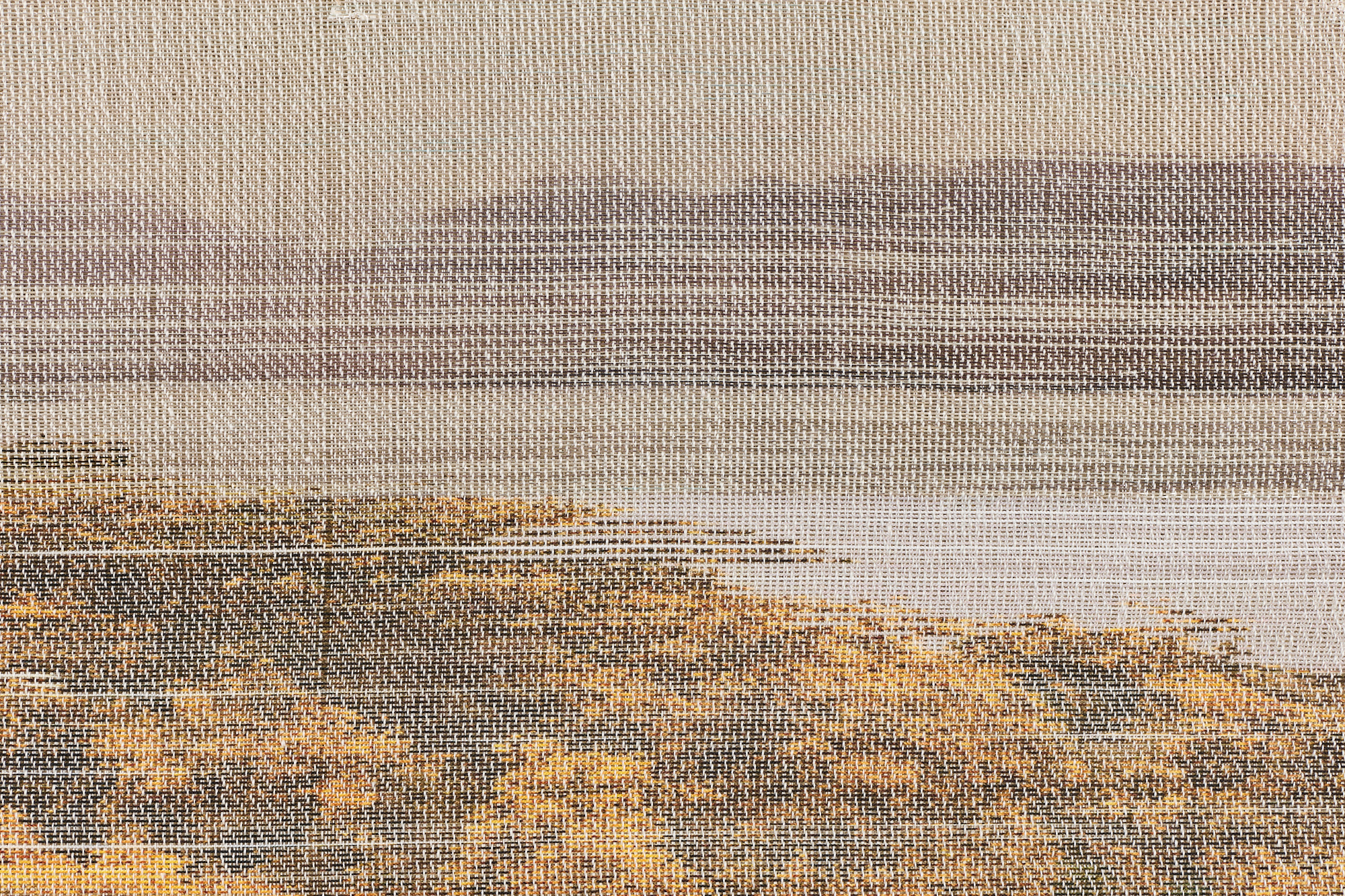 Wolowiec's has long been interested in climate change, and has often used images of nature throughout her career, this new body of work injects a different ideological breath into her conceptual exploration of image re-production, circulation, and information economies. Weaving together examples of existing ecological preservation with endangered species, "Whole Earth" deftly signals the urgency of what is possible with what is necessary. 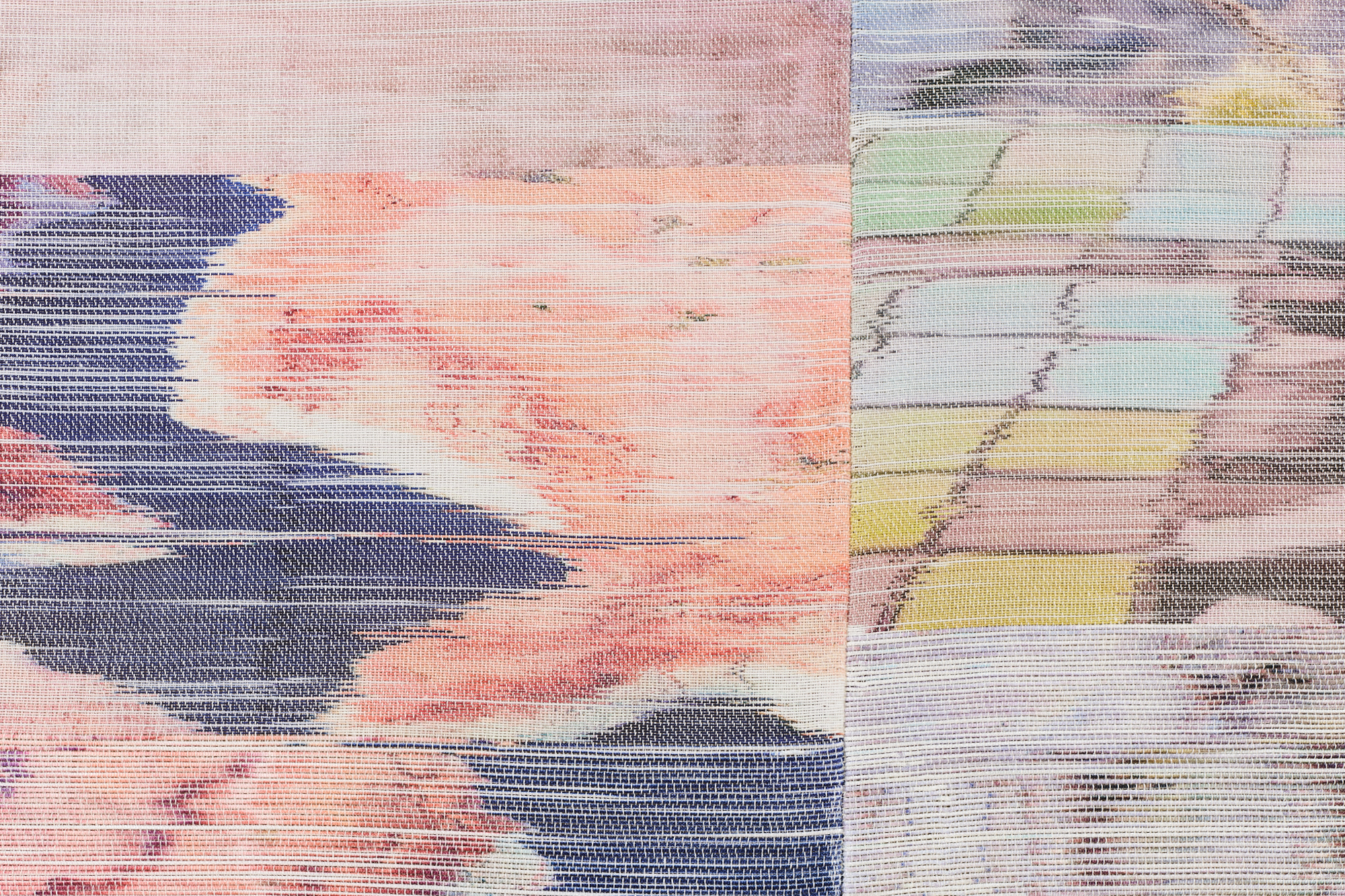 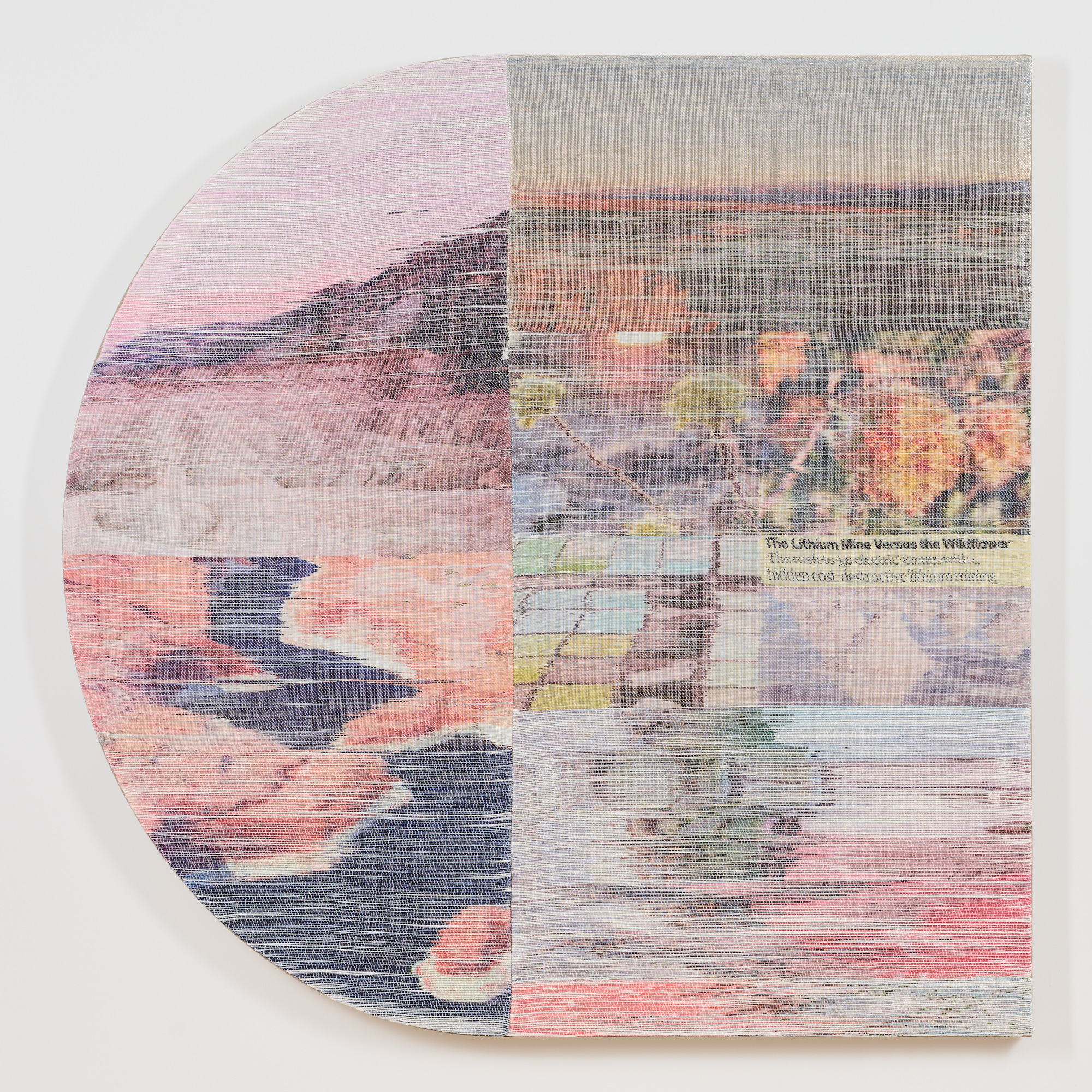 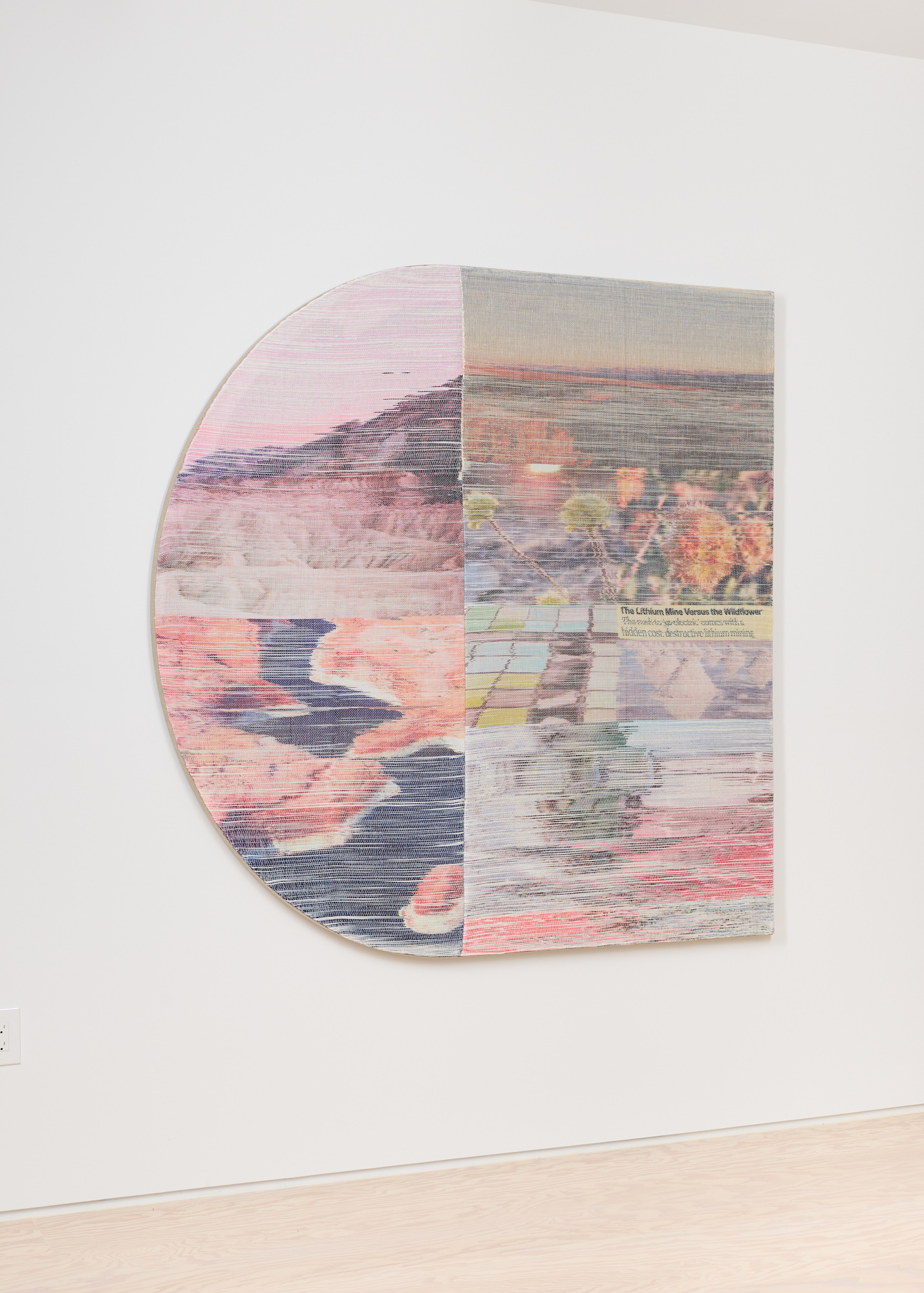 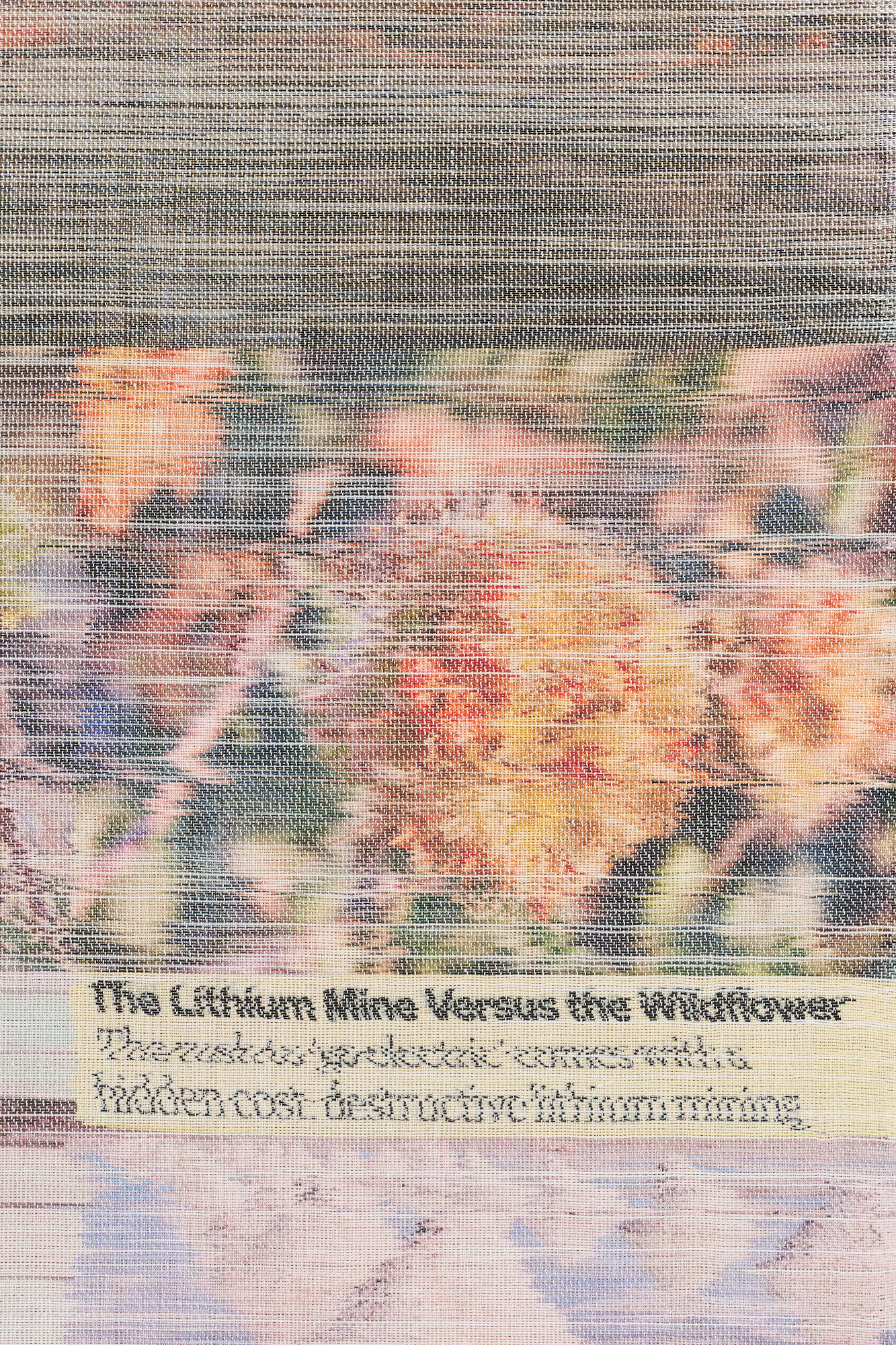 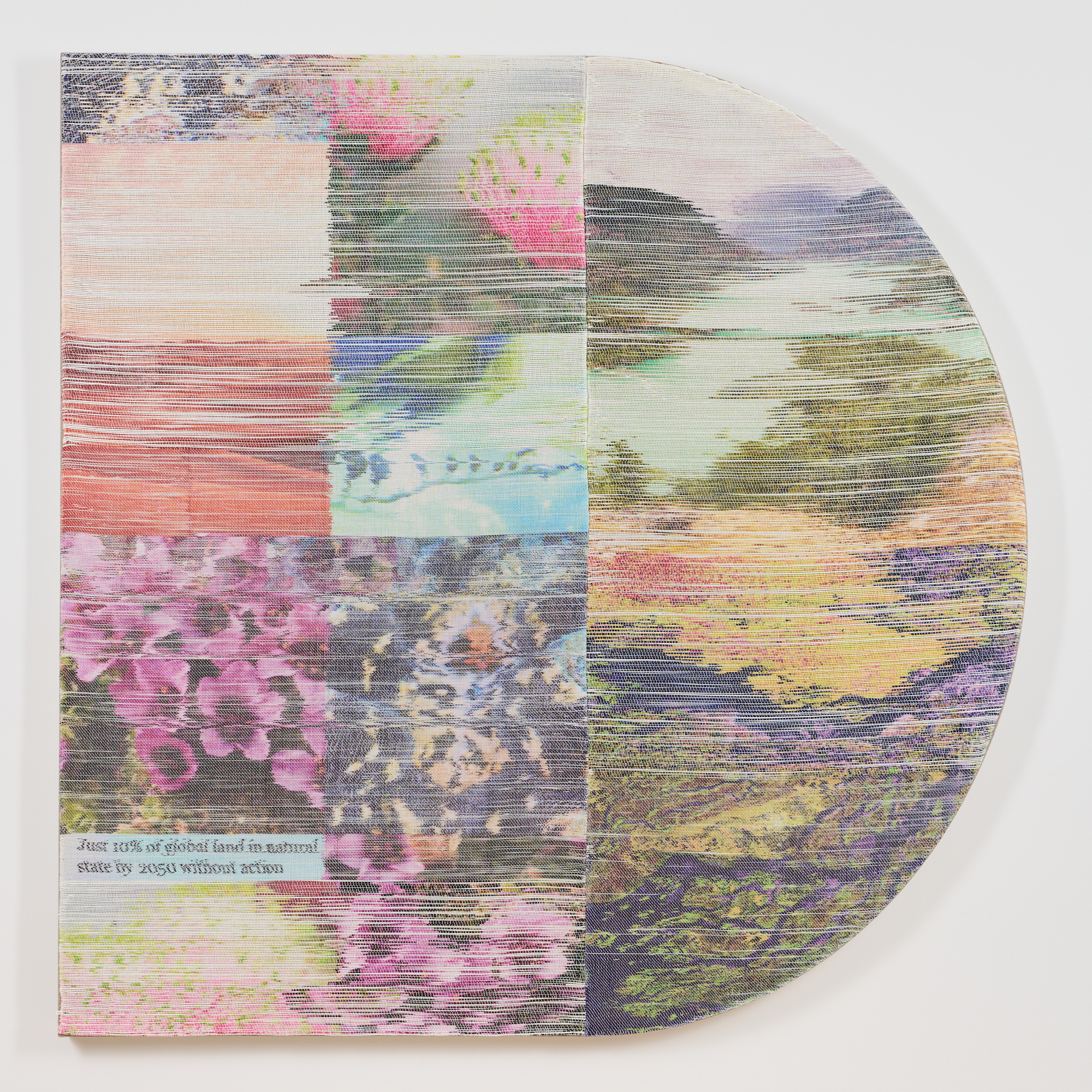 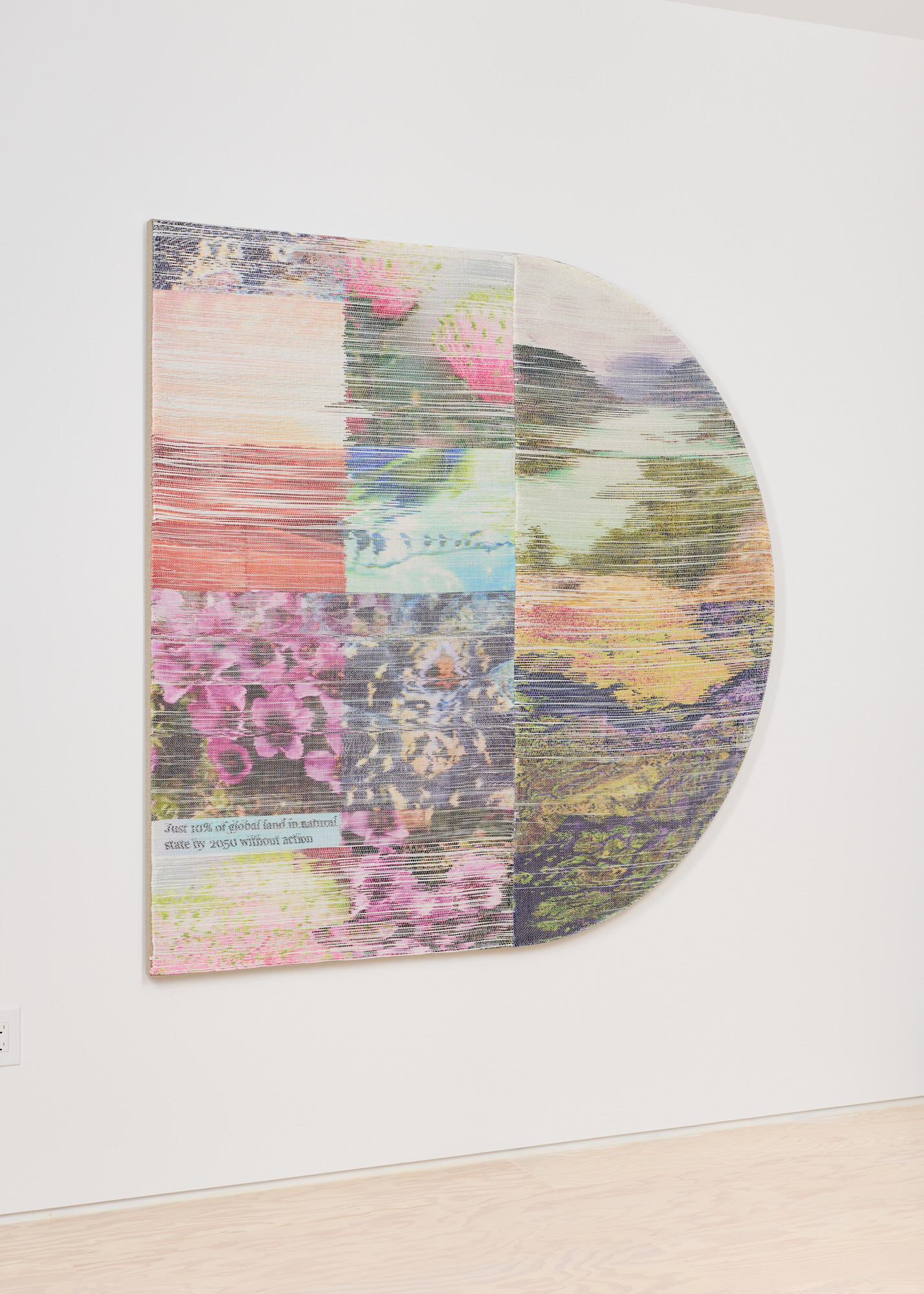 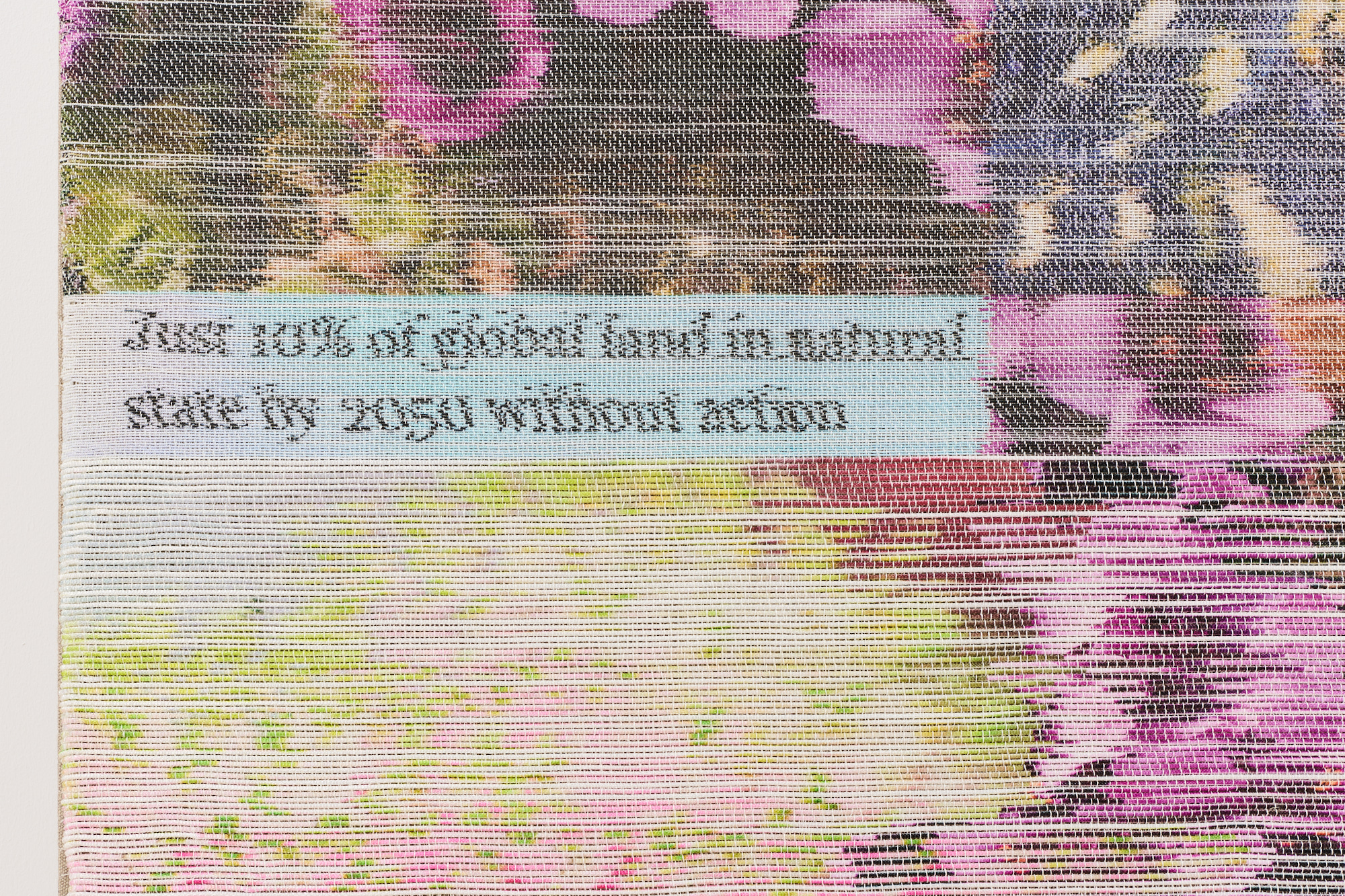 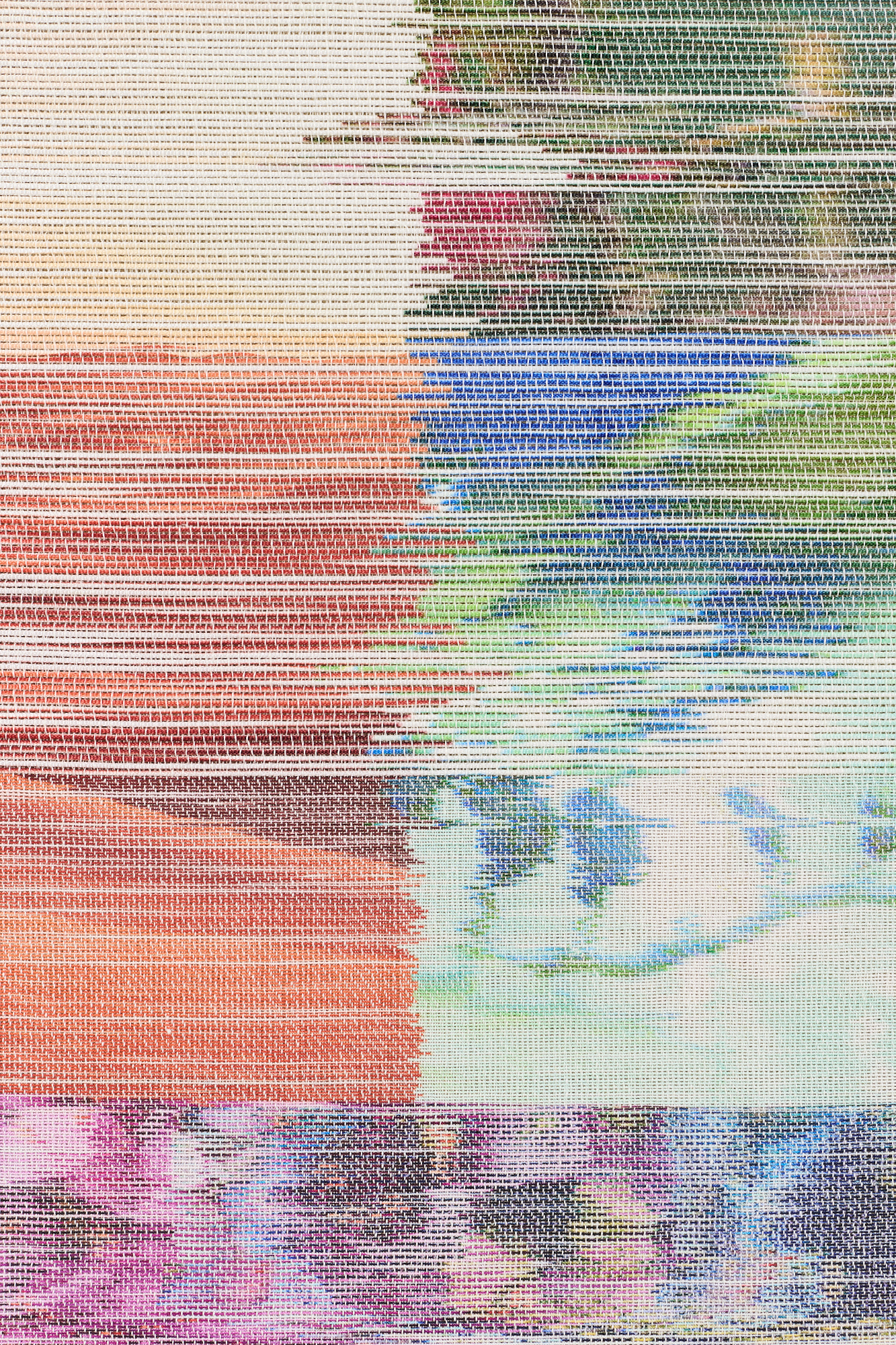 Margo Wolowiec (b. 1985, Detroit, MI) received a BFA from the School of the Art Institute of Chicago in 2007 and an MFA from the California College of the Arts, San Francisco in 2013. Most recently her work has been the subject of solo exhibitions at Marlborough Contemporary, New York (2018); Library Street Collective, Detroit (2018); Harper’s, New York and East Hampton (2017 and 2015); and Laura Bartlett Gallery, London (2016). Her work is in the public collections of the Detroit Center for Photography; Hammer Museum, Los Angeles; MacLean Collection, Libertyville, IL; and the San José Museum of Art, CA. In September 2022, she will have a solo exhibition at the Boulder Museum of Contemporary Art. Wolowiec currently lives and works in Detroit.