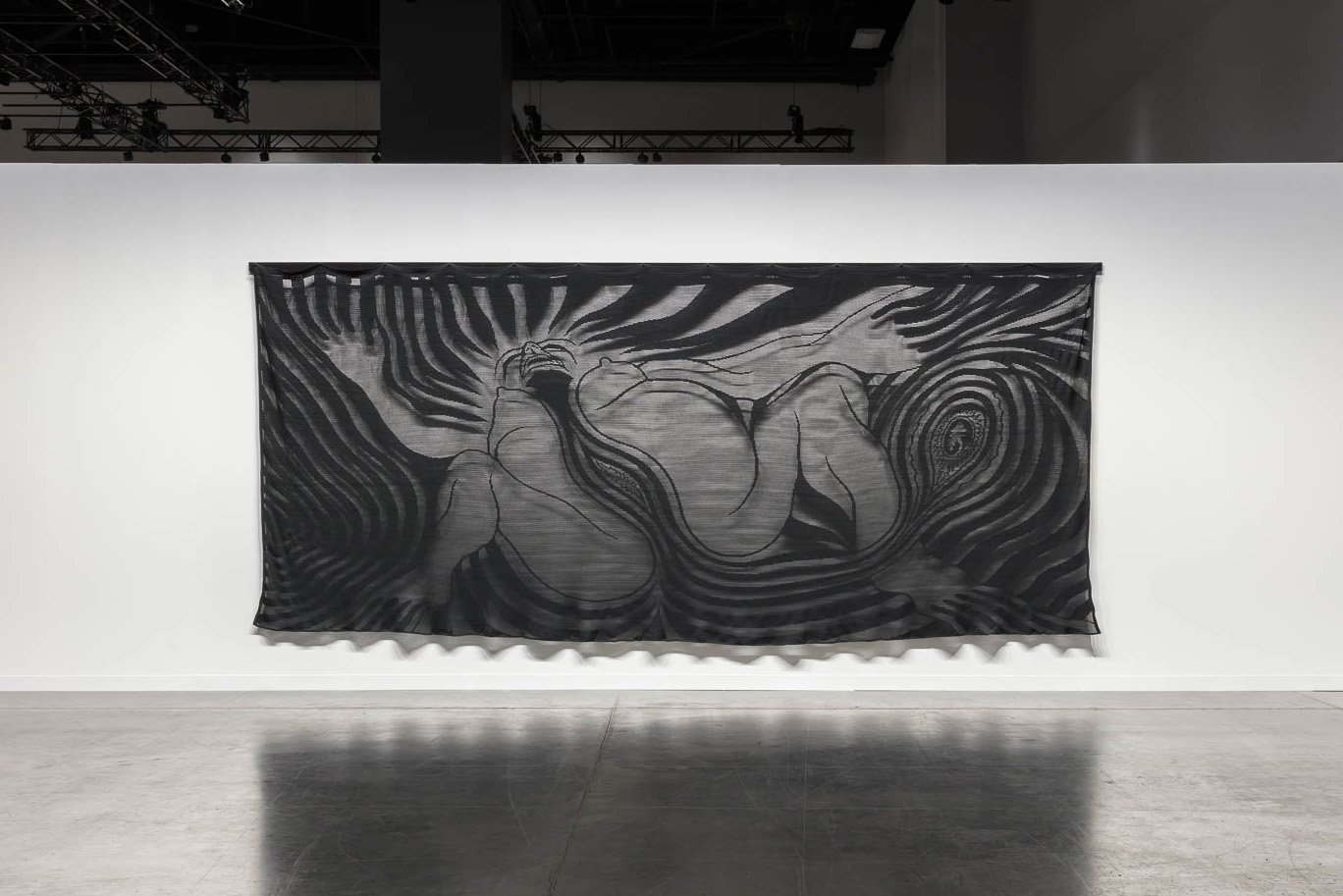 Judy Chicago’s artistic practice has explored women’s power, creation and pro-creation for more than six decades. Birth (1984) is a life-affirming masterpiece—a monumental textile that powerfully represents childbirth as a universal natural miracle. Its lace-like form is made from an open-stitched crochet in black cotton yarn. In this rare monochromatic composition, the interplay of positive and negative space renders birthing as a cosmic abstraction.

Creation undulates from her body; galactic tides flow from the tips of her fingers and hair, setting the universe aglow while from between her legs bursts a pomegranate-like womb. Comprised of nearly one million stitches that pulsate like pixels across the rippling textile, the wall-hanging celebrates a laboring landscape and a formidable creatrix. 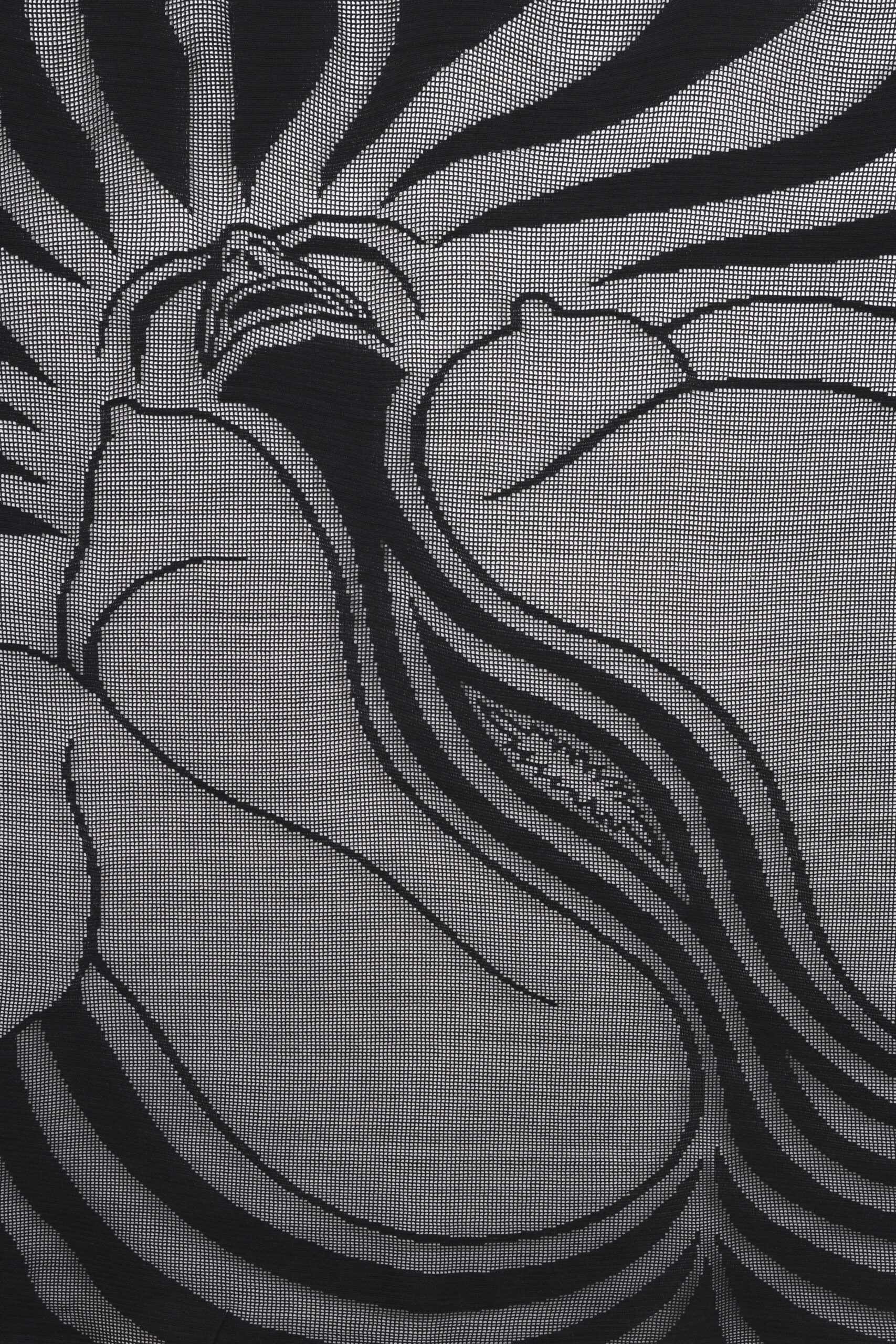 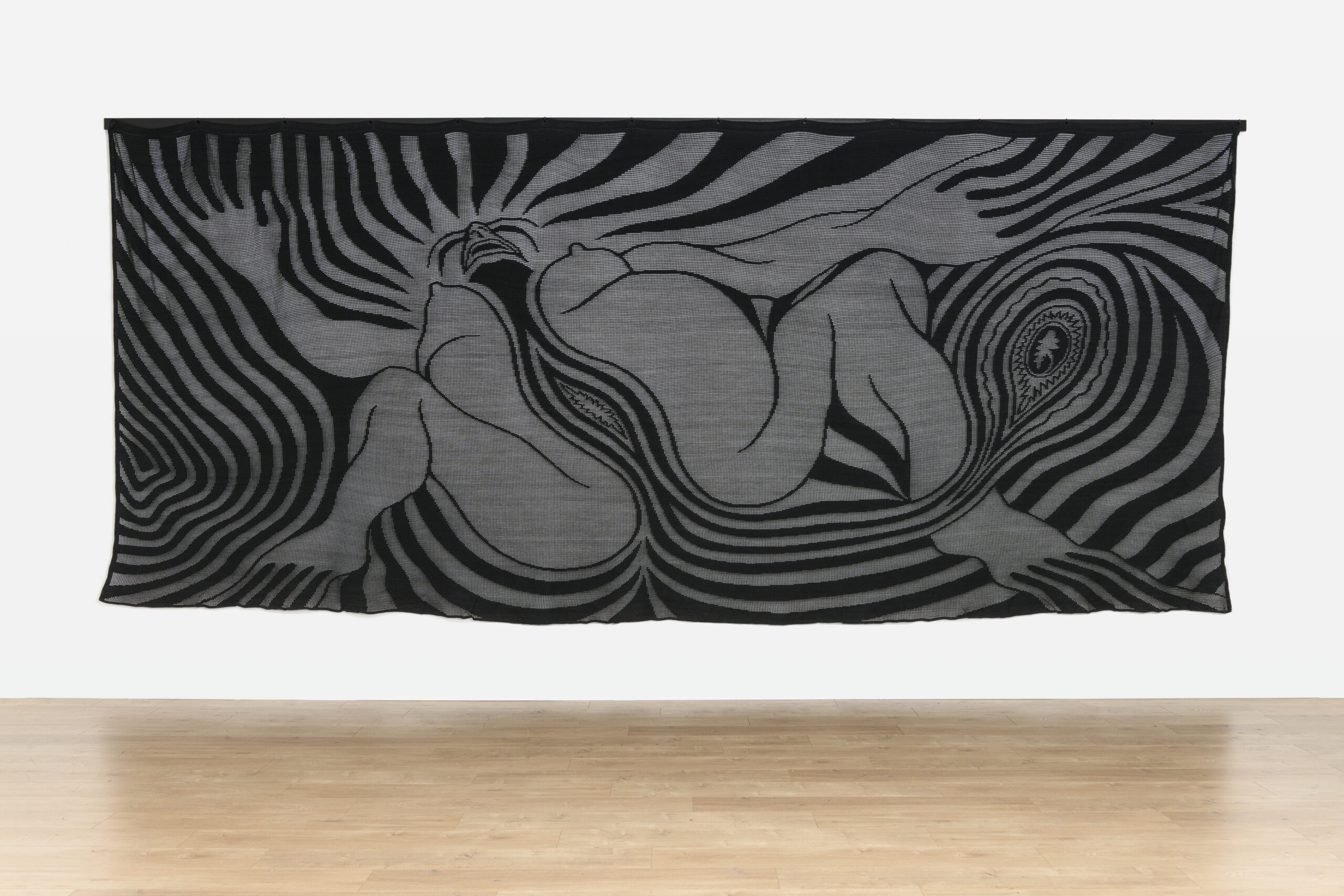 Judy Chicago
Birth, 1984
Filet crochet by Dolly Kaminski; laminated panels and a needlework sample
108 x 356 1/2 inches / 274.3 x 905.5 cm
INQUIRE
Birth, 1984
Chicago’s “Birth Project” (1980-85) was a direct response to the absence of imagery related to birthing in Western art. The artist worked with an international cohort of women weavers and needleworkers to realize around eighty textiles depicting birth. One of the largest pieces from this body of work, Birth was crocheted by Pennsylvania-based Dolly Kaminski using a gridlike filet crochet style, also known as crocheted lace. Together, Chicago and Kaminski envisioned a monumental piece, but not quite as large as this. Chicago explains: “When Dolly was about halfway through with the gridding, she called me and said, ‘Judy, I think this piece is going to be much larger than we originally thought—about twenty feet long.’ This was the first time a needleworker surprised me by not being concerned about working beyond her usual scale and comfort zone.”
This collaborative body of work is made with an activist mentality prescient of the presence of “pussy hats” at women’s marches. With the recent overturning of Roe v. Wade, Birth’s appeal for birth justice and bodily autonomy is ever germane. 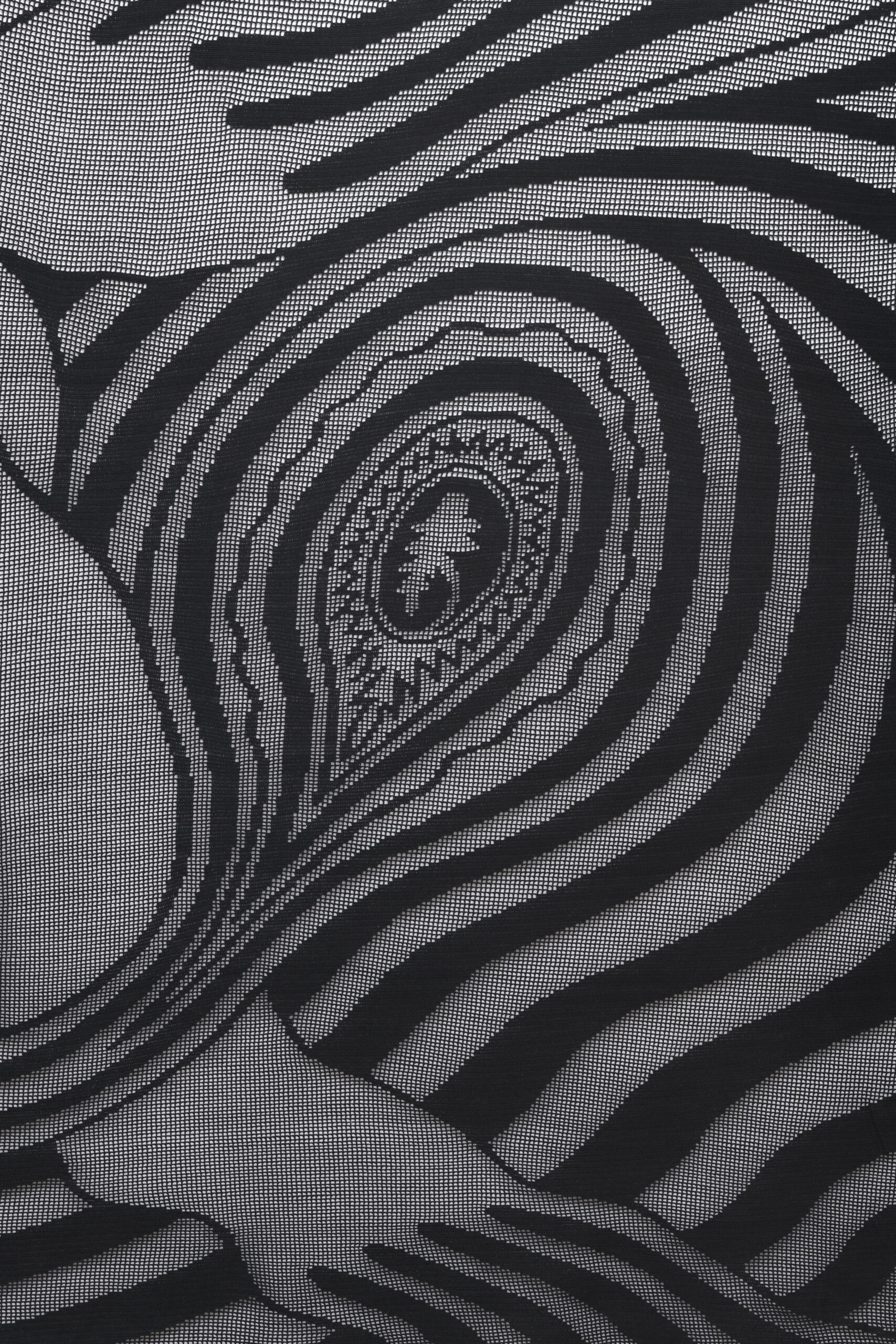 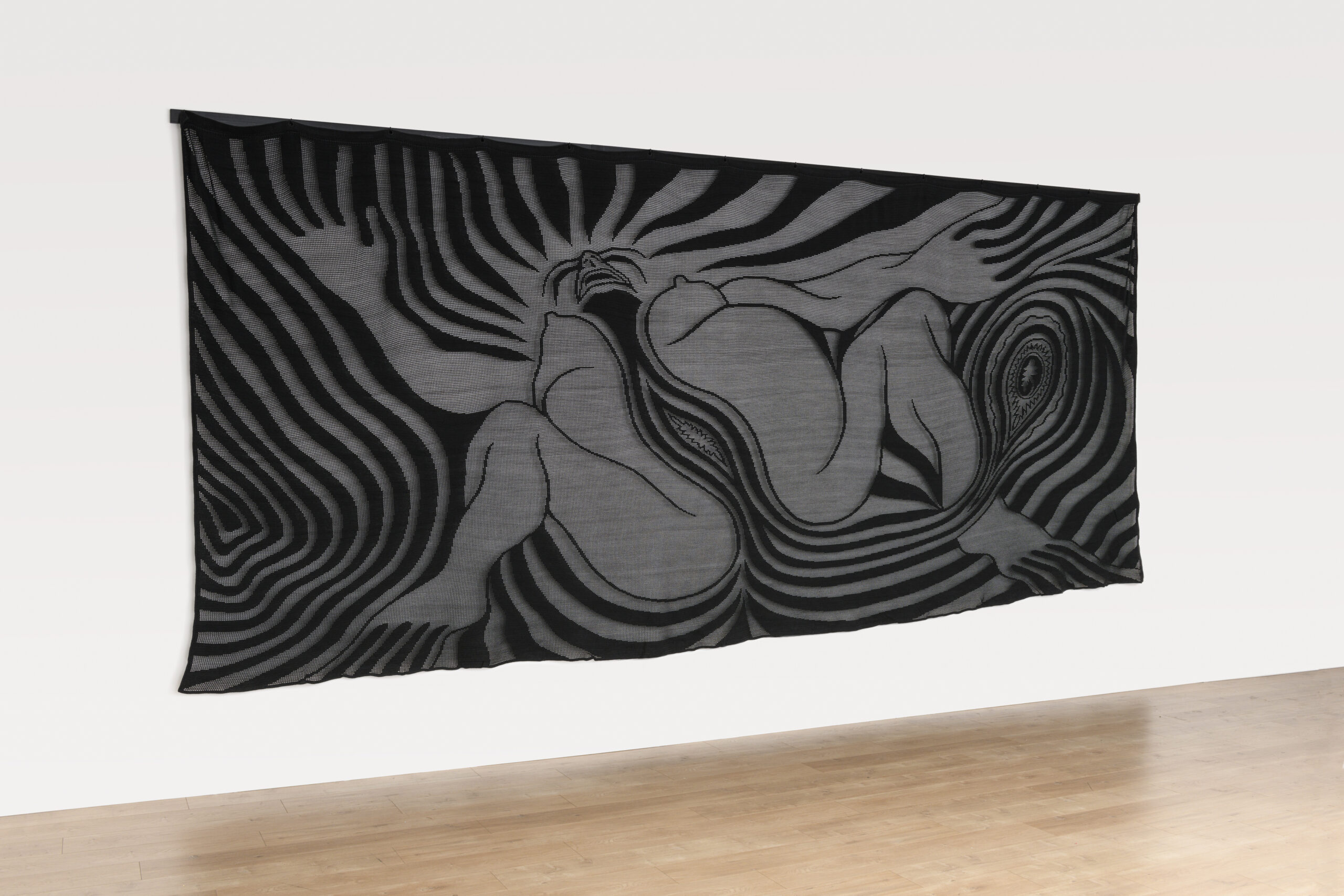 Judy Chicago (b. 1939, Chicago) has made an irrevocable impact on art history. She is best known for The Dinner Party, which is on permanent display at the Brooklyn Museum in New York. She has work in the collections of the British Museum and Tate, London; Moderna Museet, Stockholm; The Metropolitan Museum of Art, NY; National Gallery, Washington D.C.; LACMA, Los Angeles; MOCA Los Angeles; Hammer Museum, Los Angeles; Getty Trust and Getty Research Institute, Los Angeles; SFMOMA, San Francisco; Art Institute of Chicago, and over 25 university art museums. In 2023, Chicago will have a major retrospective at a New York museum. She has enjoyed recent museum surveys at the de Young Museum, San Francisco; the National Museum of Women in the Arts, Washington, D.C. and ICA Miami. Chicago’s work has been exhibited in a broad range of major thematic group shows such as “Pacific Standard Time: Made in LA” at the Hammer Museum, Los Angeles; “Ends of the Earth” at Haus der Kunst, Berlin and “The World Goes Pop” at Tate Modern, London. Chicago lives and works in Belen, NM and is represented by Jessica Silverman, San Francisco and Jeffrey Deitch. 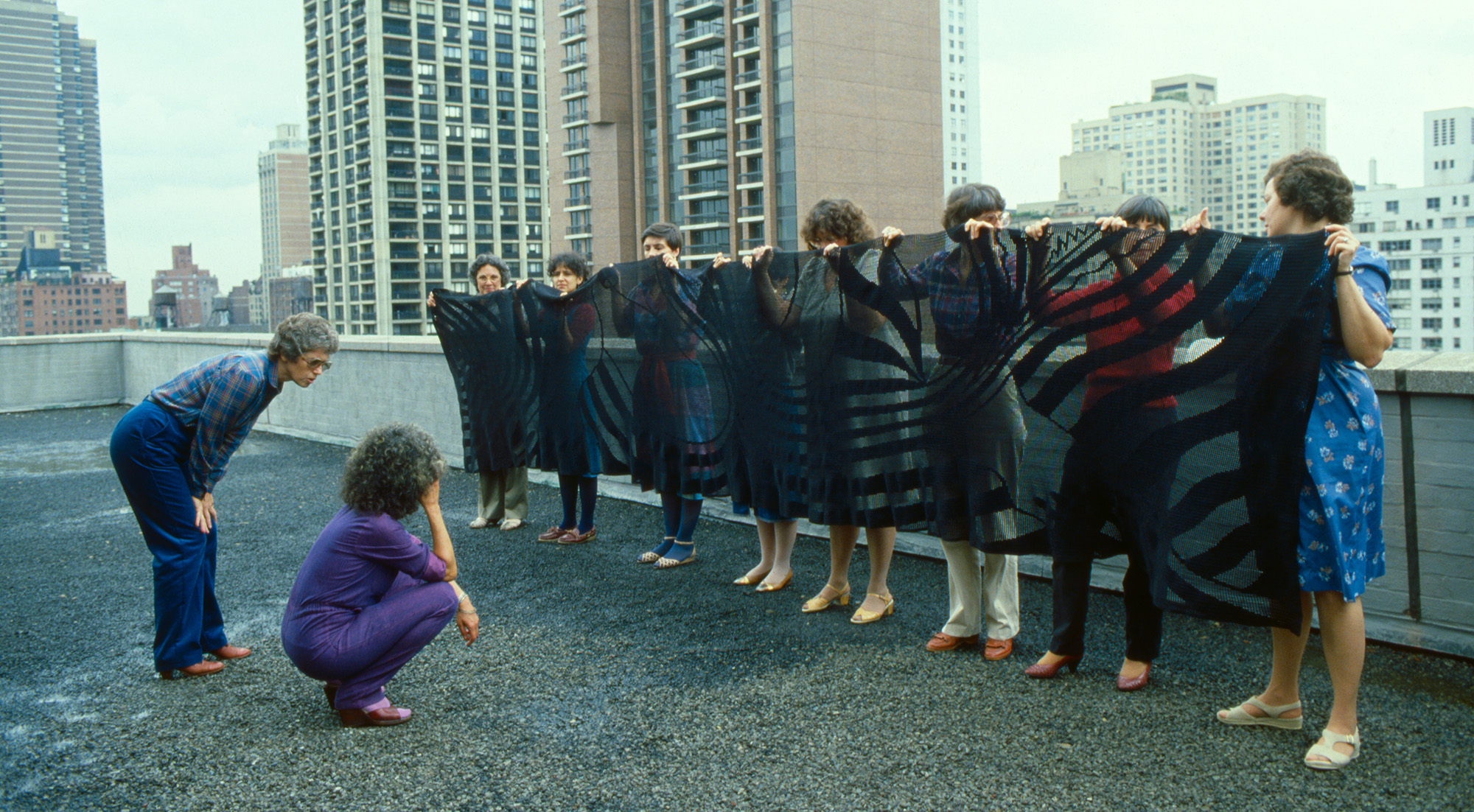