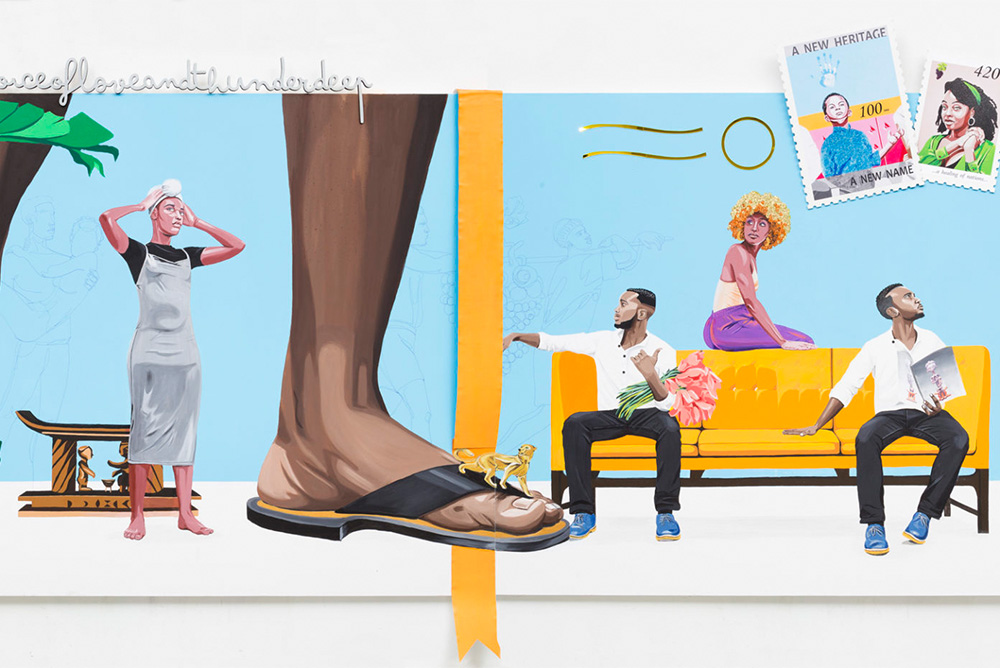 Terra Nullius is the first solo museum show for Detroit-based visual artist, Conrad Egyir. For this debut, Egyir created a new body of work while in residency at the International Studio & Curatorial Program (ISCP) in New York City, during the summer of 2019. The works in this show focus on figurative characters that reside or bestride three geographical spaces–Detroit, New York, and Aburi, Ghana–and how the cultures of each of these locations define citizenship, migration, hybrid spaces, and political and religious revolutions. At the core of the exhibition, is finding similarities among the three psycho-social terrains and synthesizing them into a new space “Terra Nullius.” Within this new place, devoid of political and legal constructs, its residents behave as stewards of time, resources, and space.

Exhibitions and public programs at MOCAD are supported by the A. Alfred Taubman Foundation. Lead funding for this exhibition is generously provided by The Kettering Family Foundation, with additional support provided by Jessica Silverman Gallery. 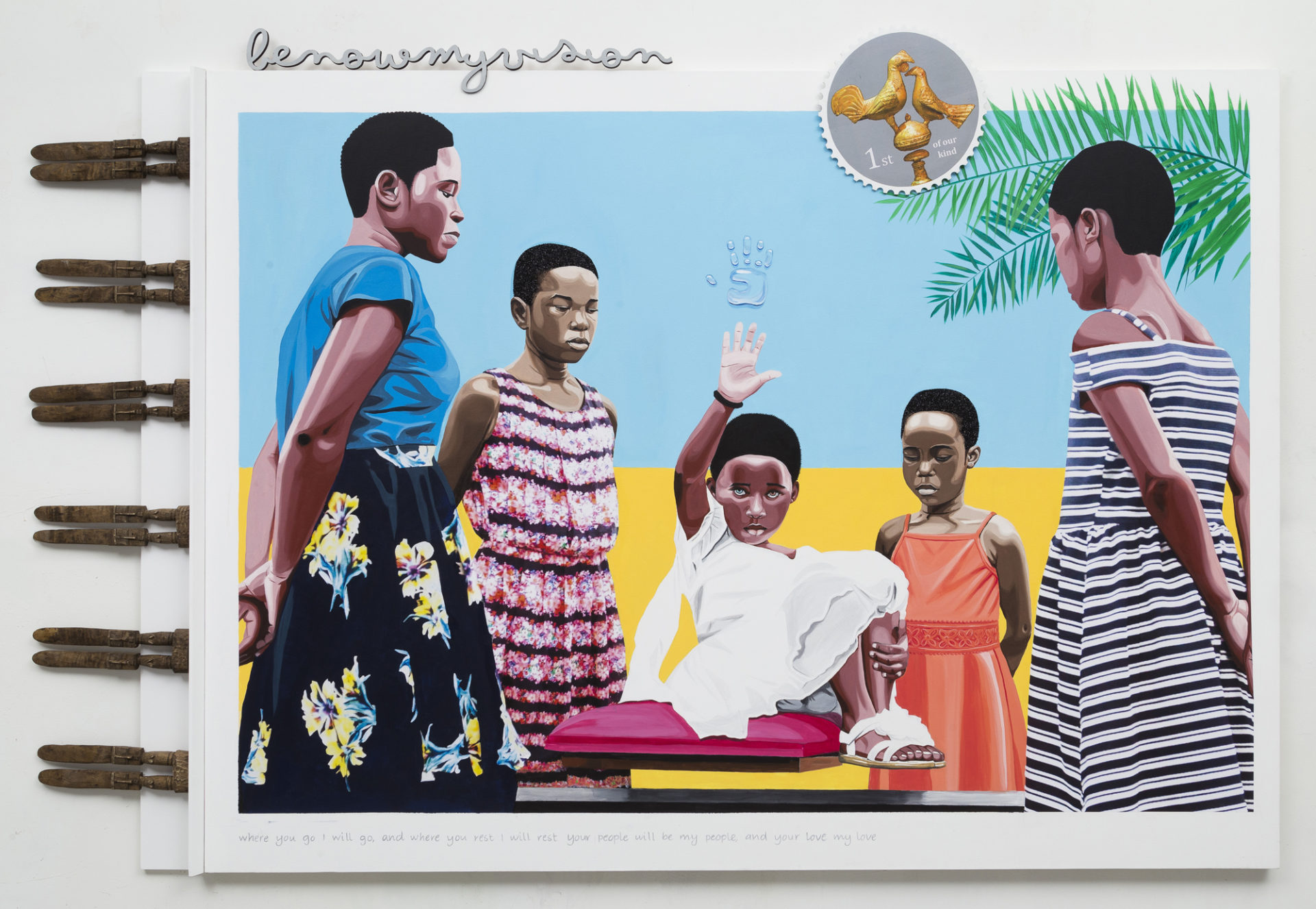 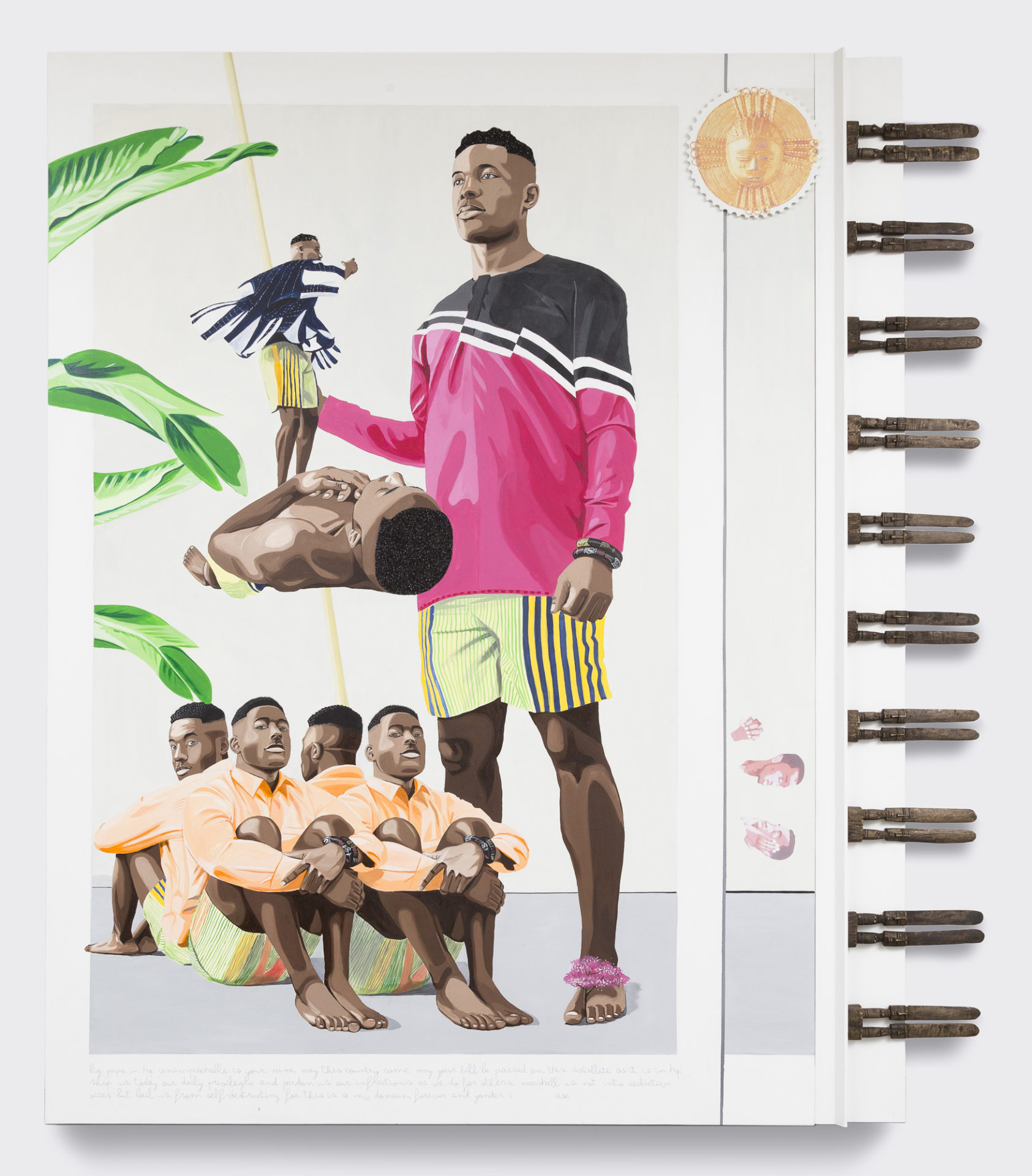 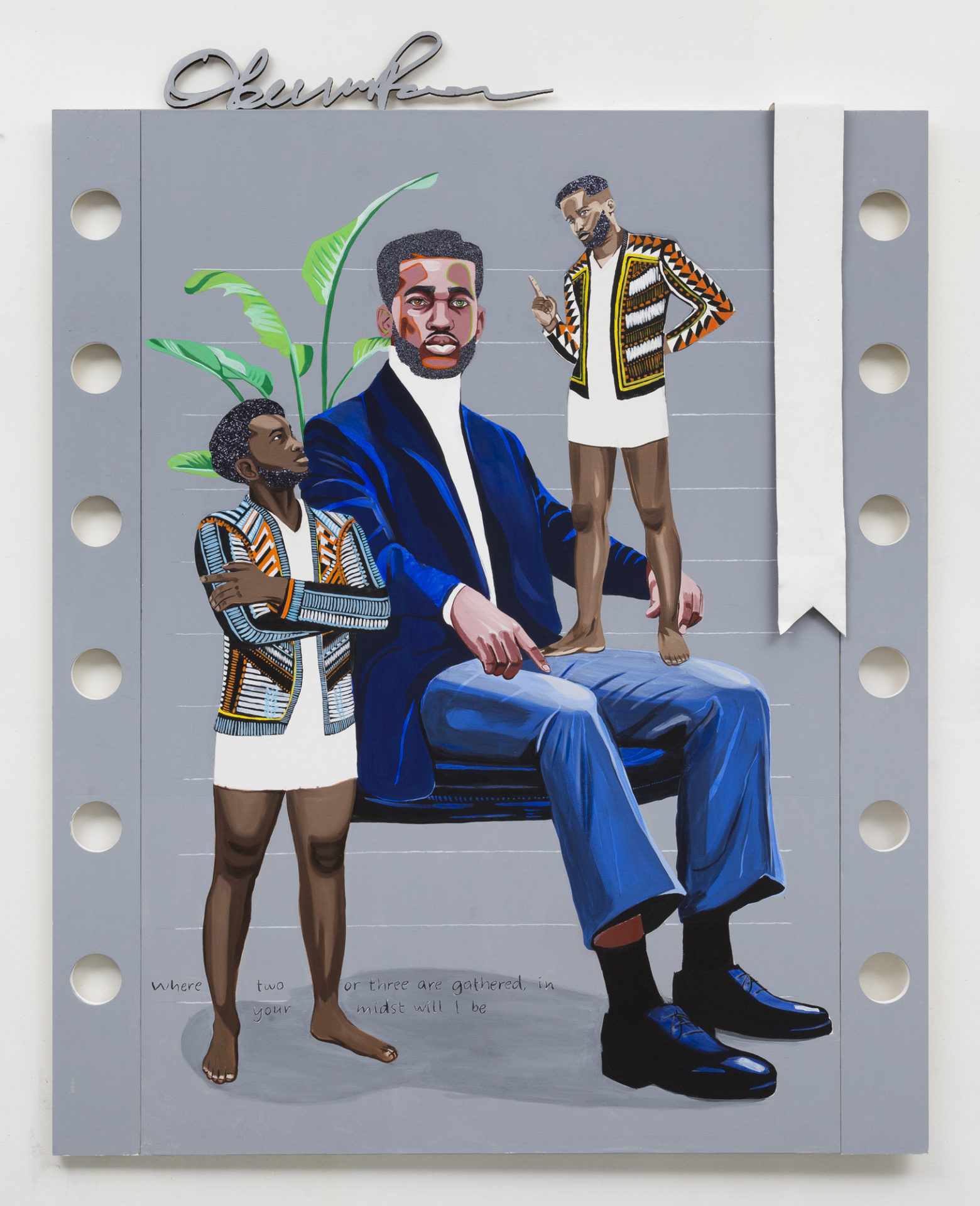 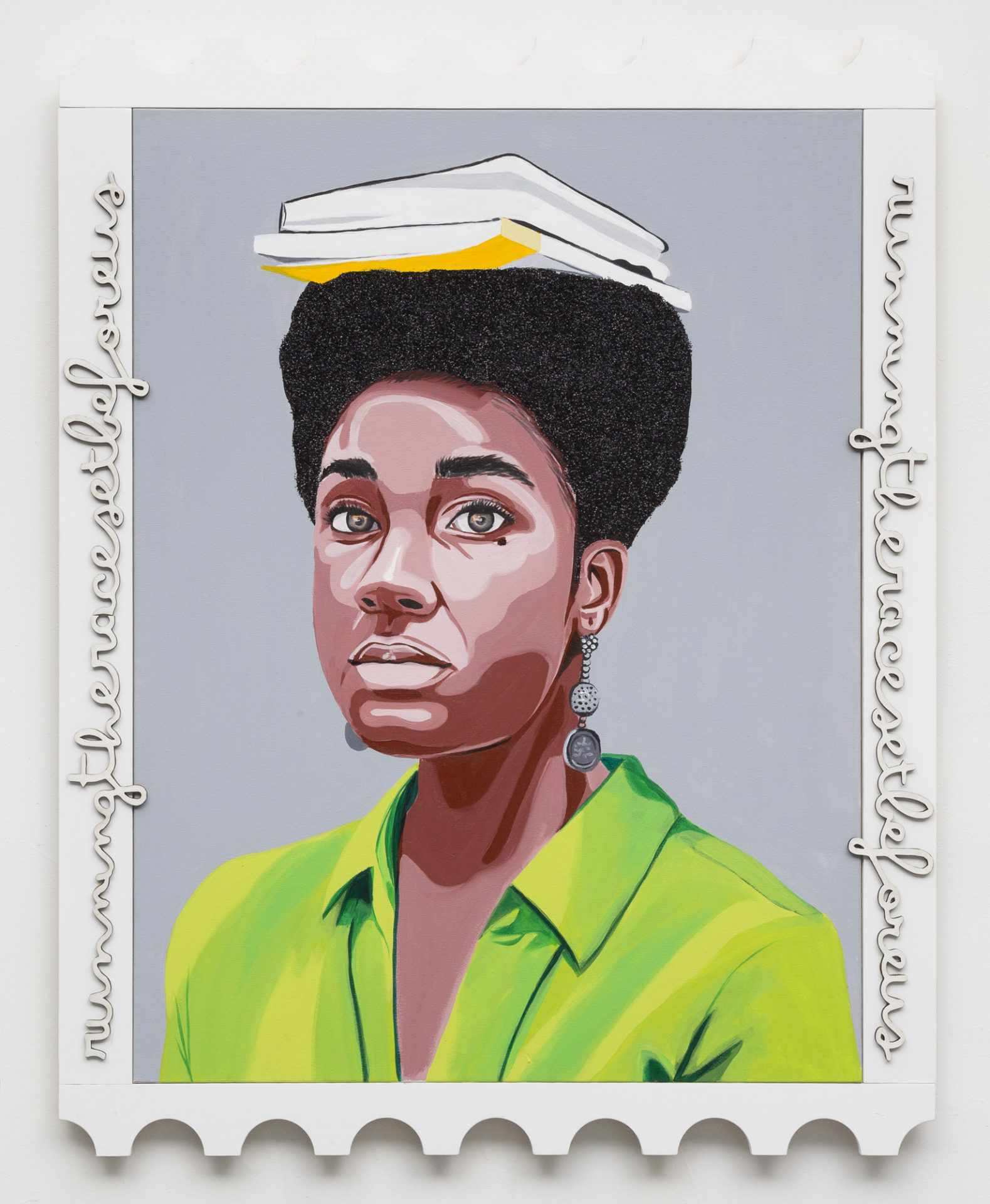 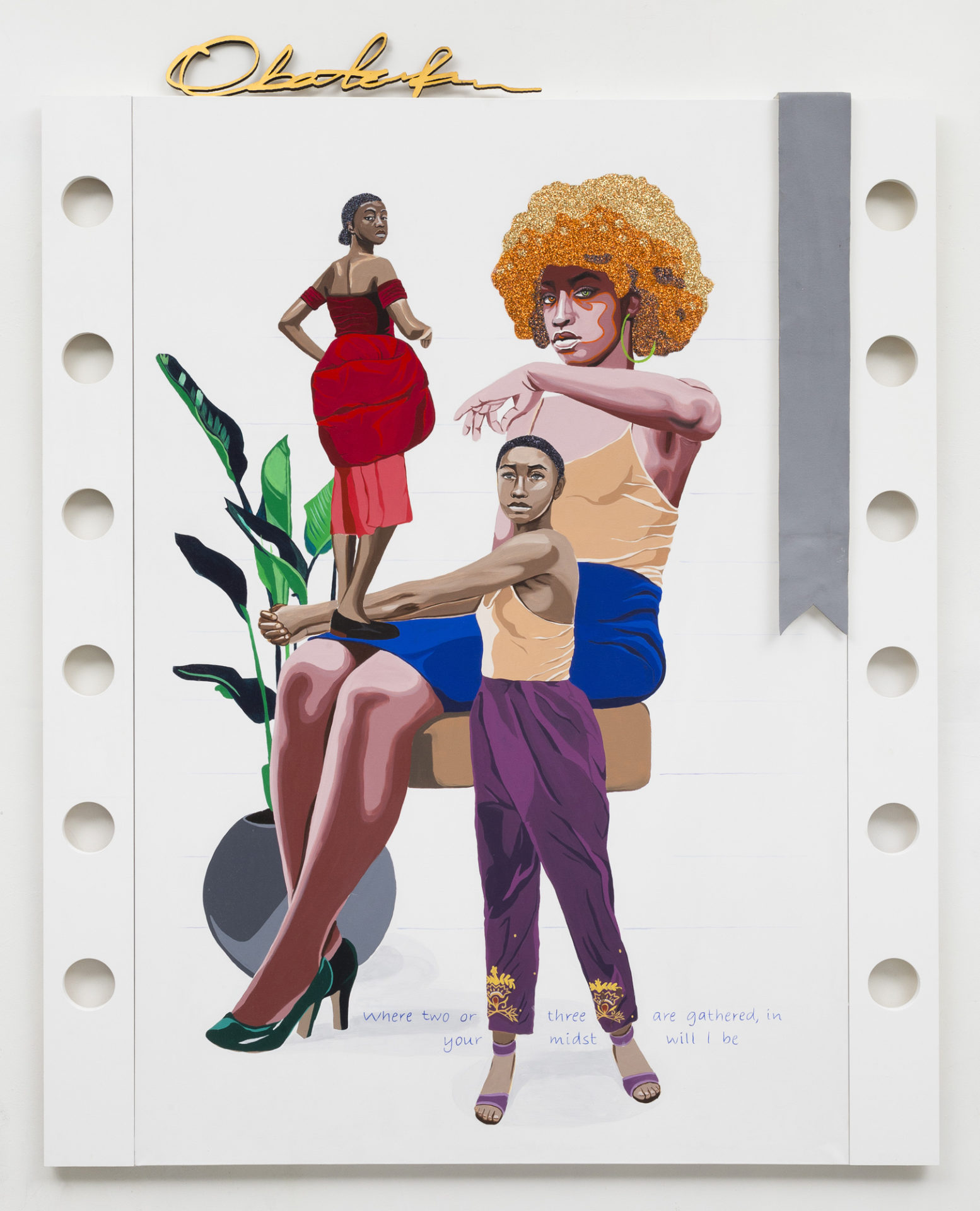 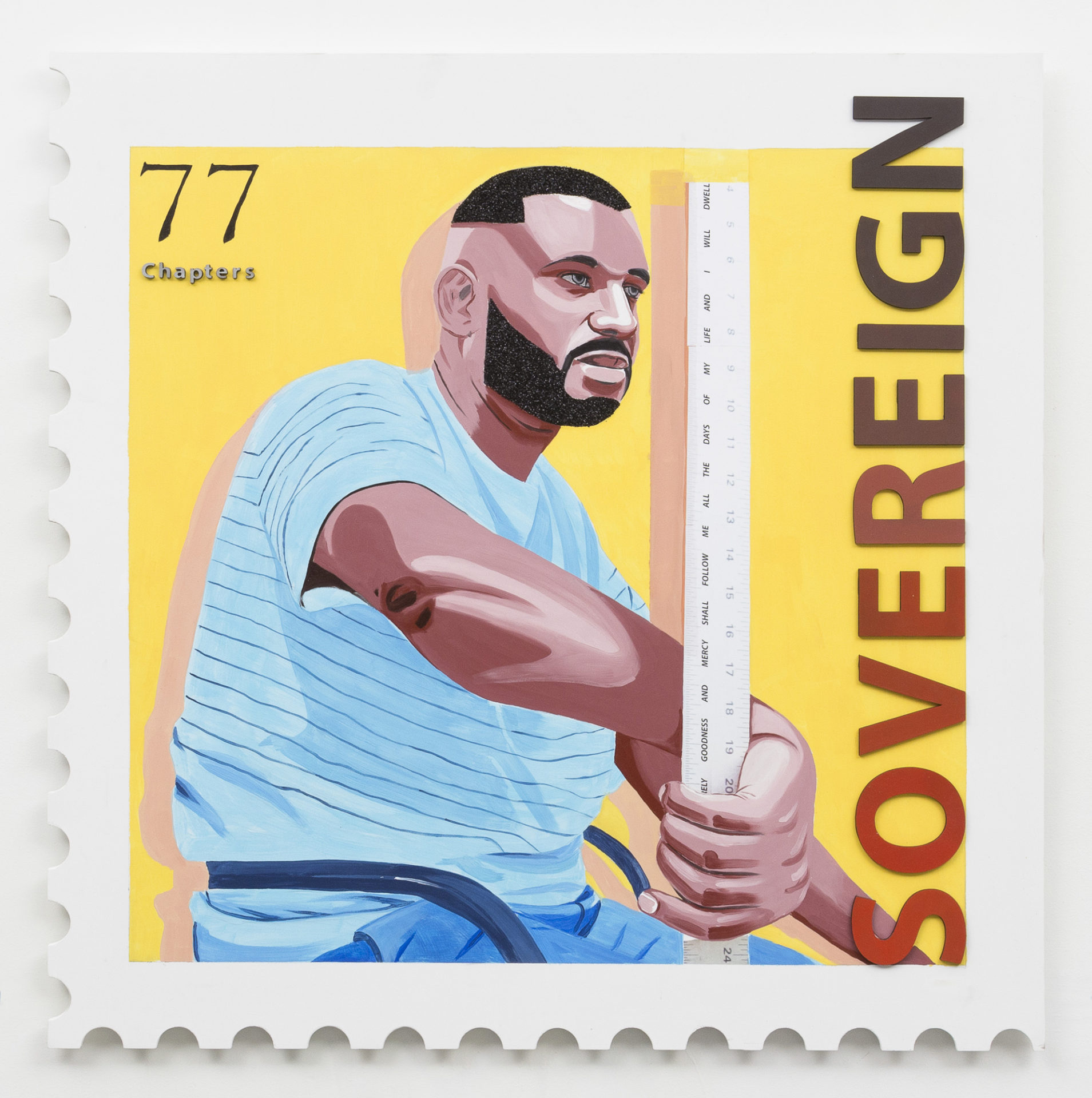 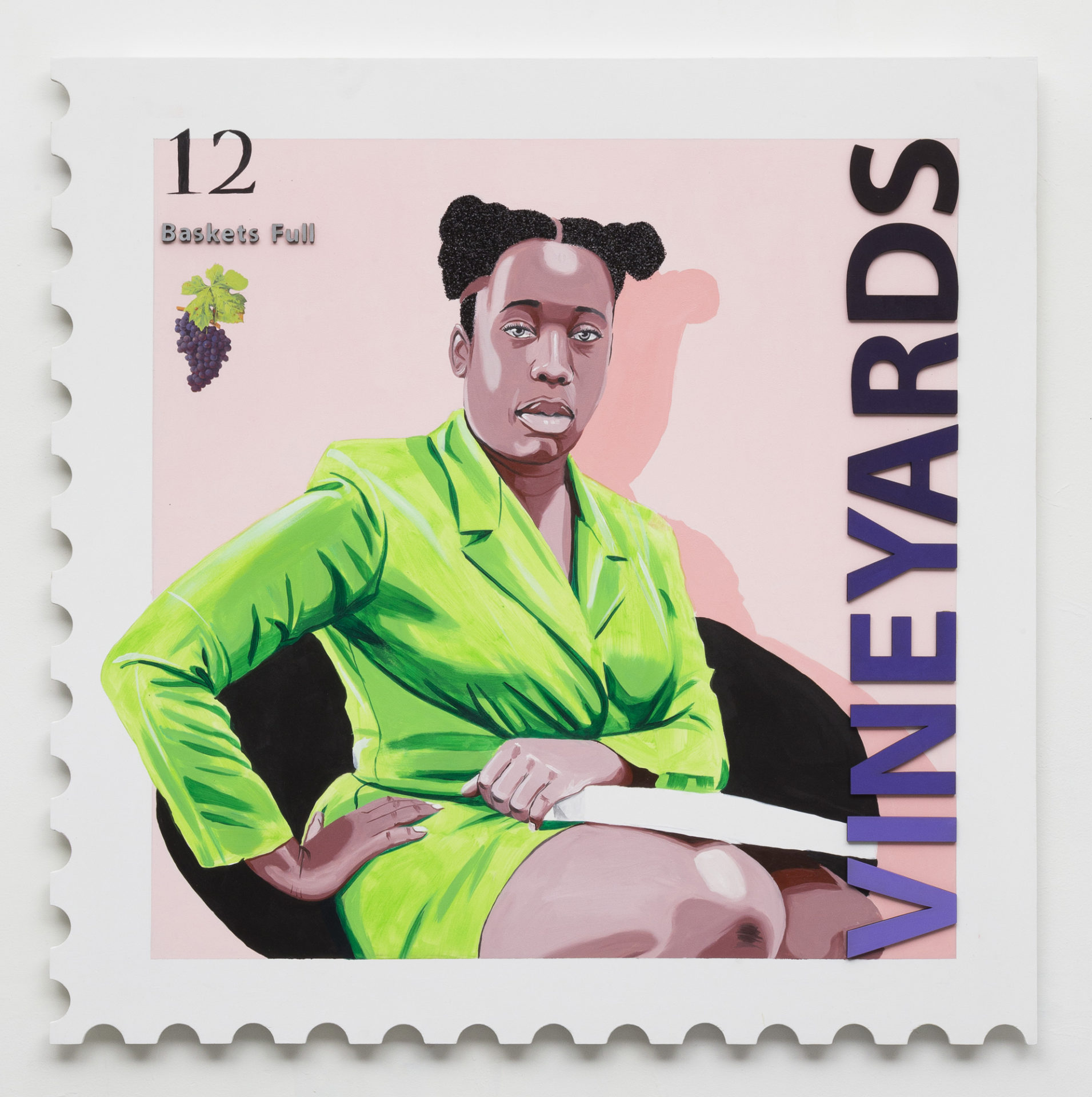 In this work the artist depicts himself surrounded by mmoetia, mischievous Akan spirits. Careful study of the portrait reveals unexpected subtleties, for example, the color of the eyes or the repetition of facial features. Unlike the counterpart of this work, across the room, the mmoetia appear defiant, wagging a paternalistic finger or with arms crossed. They also wear African Wax Cloth blazers, while the primary figure is dressed in a Western suit. Playing with both the textiles and styles of Ghana and the United States, Egyir uses dress as encoded modes of postcolonial being.

Mmoetia are mischievous spirits who appear as dwarves in the Akan peoples' tradition. They are summoned through dancing and twirling and are possessive spirits who follow individuals throughout their lives. Here we see a young woman, twirling her mmoetia. Her dress is contemporary, wearing sensible heels, and a skirt while her mmoetia are dressed in outfits that seemingly blend eras and places.

Egyir often frames his works with symbolic texts and familiar contexts. In both images Egyir inscribes "Running the race set before us". A woman stares plainly from the canvas, the composition and the perforated frame recall the regal austerity of postage stamp portraits. Postage stamps, first introduced to Ghana in 1899 as a colonial project, came to symbolize the country's independence from England. The new republic printed "Ghana Independence 6th of March, 1957" on English stamps which featured the profile of a young Queen Elizabeth II. Today, though independent, the effects of a colonial history remain. For example, English remains the primary language for all official and educational purposes. The books in these portraits, resting atop the crown of the figures, suggest the post-colonial frameworks set before them.