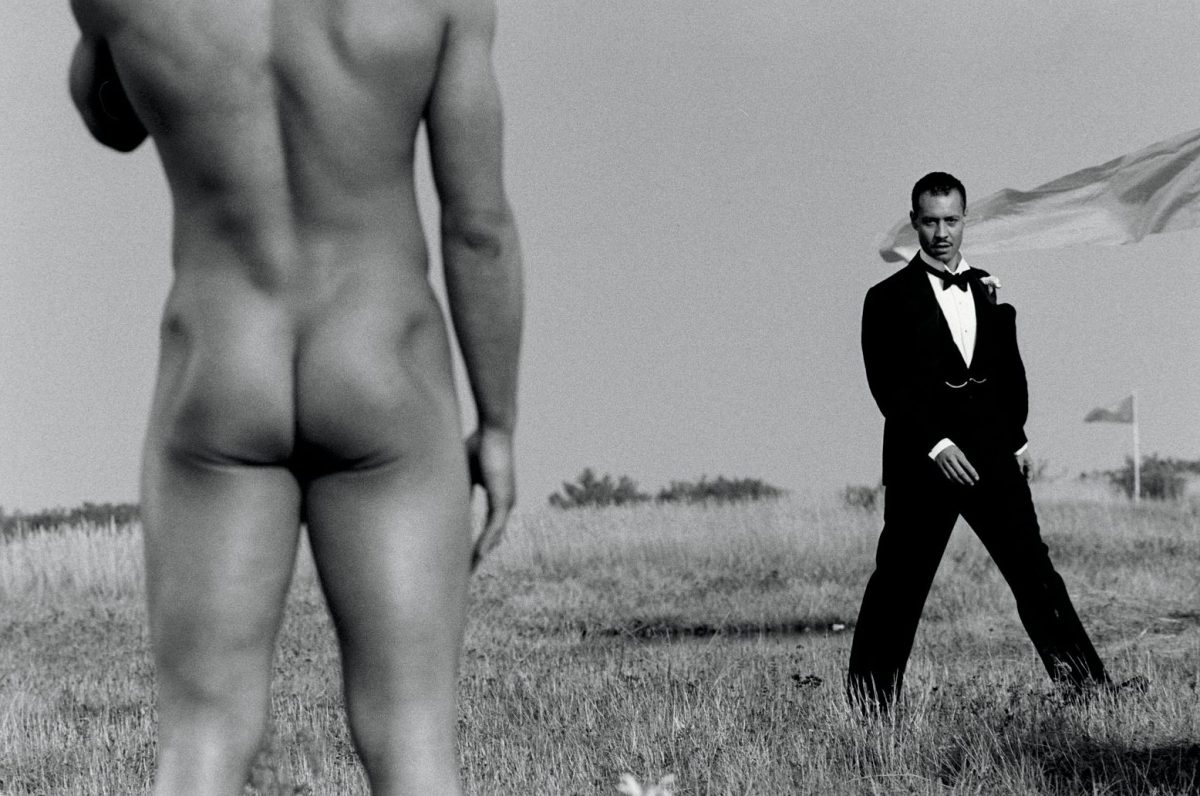 Jessica Silverman Gallery is pleased to present “Vintage,” a show of early photographs by Isaac Julien. The exhibition presents three bodies of work Looking for Langston (1989), Trussed (1996) and The Long Road to Mazátlan (1999-2000).

Isaac Julien’s artistic practice is rooted in photography. Looking for Langston is an homage to Harlem Renaissance poet Langston Hughes. When Julien was preparing to make what would become this award-winning work, he studied the photographs of James Van der Zee, George Platt Lynes and Robert Mapplethorpe. His research led not only to a critical response to their work but the creation of a landmark in the exploration of desire and the reciprocity of the gaze.

Throughout his career, Julien has worked simultaneously with photographers and cinematographers to make still and moving picture artworks. For Julien, the photographs act as “memorial sites.” Sometimes they reveal facts behind his fictions and explore the creative process, other times they zero in on a portrait or go deeper into a moment of contested history. Whatever the case, Julien is unapologetic about his pursuit of beauty. Visual pleasure is essential to his exploration of subaltern issues and so he often works with advanced pre- and post-production technologies to orchestrate what he calls an “aesthetics of reparation.”

The three photographic series included in the exhibition are vintage in several senses of the word. Working with Nina Kellgren (cinematographer) and Sunil Gupta (photographer), Julien shot Looking for Langston in the 1980s in London but set it in the jazz world of 1920s Harlem. His use of low-key lighting and sculptural smoke further complicate historical periodization, infusing the work with a 1940s film noir feel. The imaginative combination of epochs creates a kind of “creolization” of photographic forms as well as a potent and self-conscious timelessness.

With a title drawn from a Tennessee Williams play, The Long Road to Mazátlan (made in collaboration with choreographer Javier de Frutos) was shot in San Antonio Texas in 2000 but set in the Mexican town of Mazátlan in what appears to be the mid-1970s. In conversation with Andy Warhol’s Lonesome Cowboys (1968) and the work of Edward Hopper, David Hockney, William Eggleston and Richard Prince, The Long Road to Mazátlan upends mythologies of the West. Its “retro” sensibility is augmented by the use of old-school photogravure for the still images and 1970s color-reversal film stock for the three-screen video installation.

A pun on the word “trust,” Julien’s Trussed investigates the darker side of desire in a series of elegiac tableaux-vivants that explore S&M culture. Shot in 1996, the work depicts a shadowy netherworld in which potential violence often appears tender, lyrical, and balletic. Like much of Julien’s work,Trussed re-works the aesthetic philosophy of “negritude,” which asserts the right of colonized peoples to their own representations, and was first explored by Aime Cesaire and Leopold Senghor in 1930s France and WEB Du Bois in the USA.

The photographic works exhibited deploy an array of new and old technologies. While the photogravures of Mazátlan insist on a more gestural relation to the image, abstracting it from its origin, the Looking for Langston photographs are presented both in their original form as silver gelatin works printed on Ilford paper and as large scale works where Julien has used both digital and analogue techniques to create an immersive, cinematic experience. In this way, Julien contests any fetishistic notion of the original and insists that the work of art can be open to re-articulation as the artist alters his engagement with an ever-shifting visual culture.

Isaac Julien (b. 1960, London, England) has won many awards including the Golden Gate Persistence of Vision Award (2014), the Performa Award (2008), the MIT Eugene McDermott Award in the Arts (2001) and the Frameline Lifetime Achievement Award (2002). He was nominated for the Turner Prize for The Long Road to Mazátlan and Vagabondia (2001). Looking for Langston (1989) has won at least half a dozen international awards. Julien studied painting and fine art film at St Martin’s School of Art. Having taught at Harvard University, Julien is currently a member of faculty at the Whitney Museum of American Arts and Professor of Global Art at the University of the Arts, London. 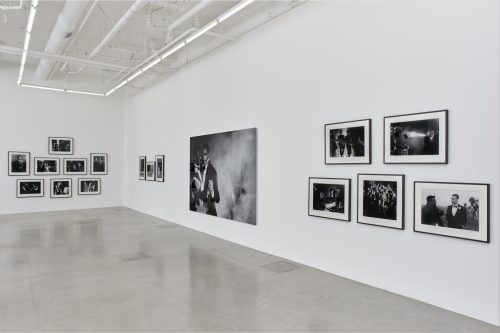 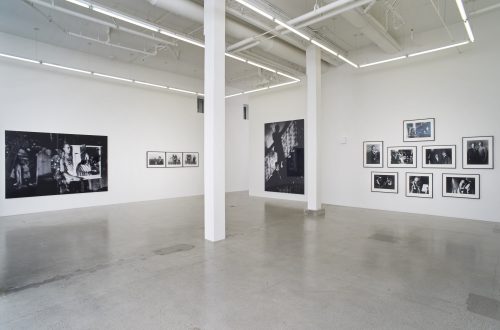 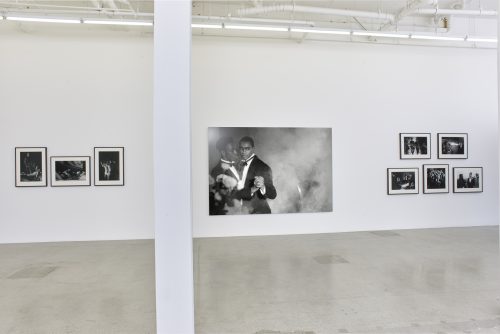 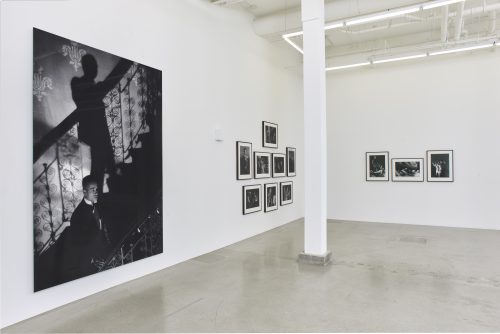 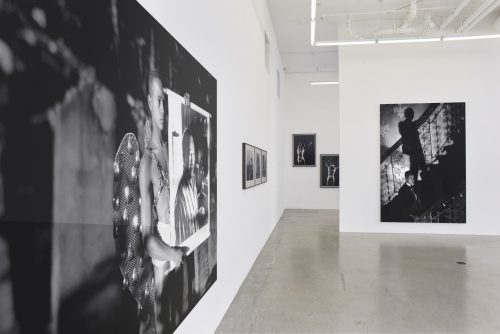 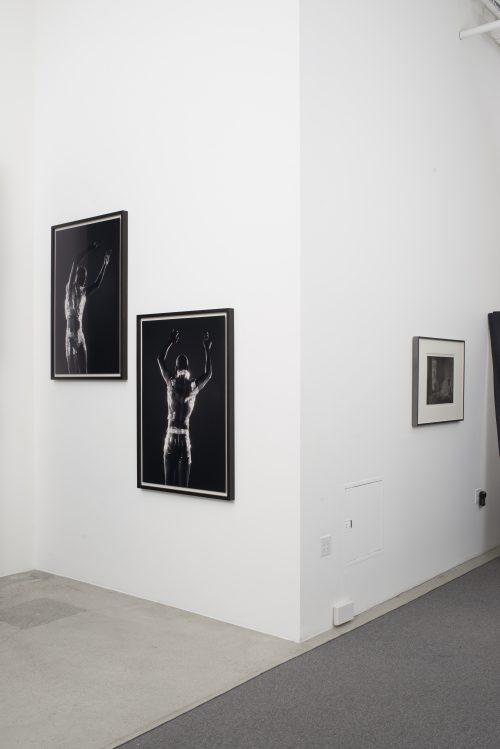 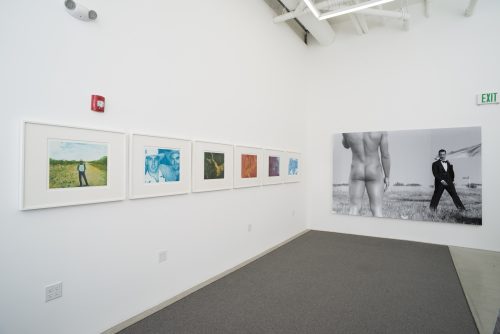 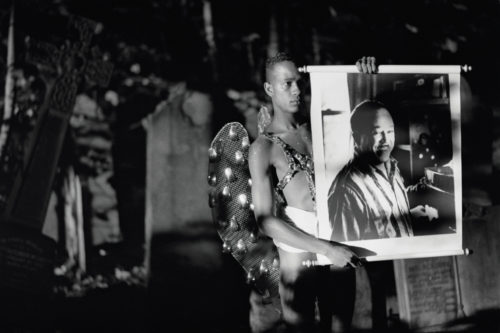 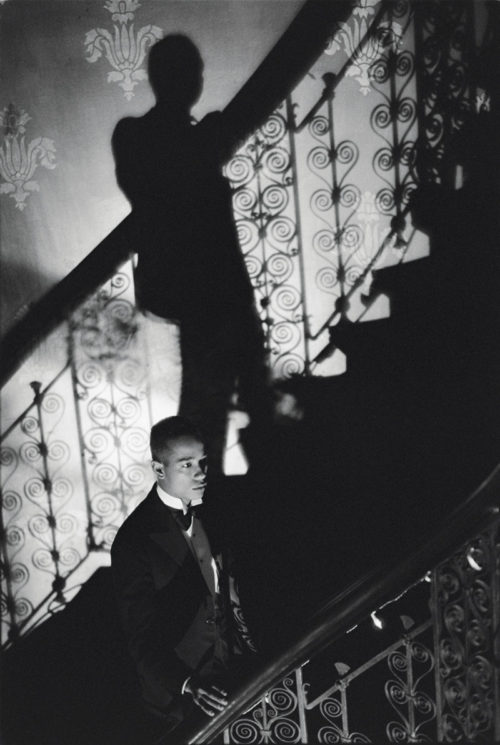 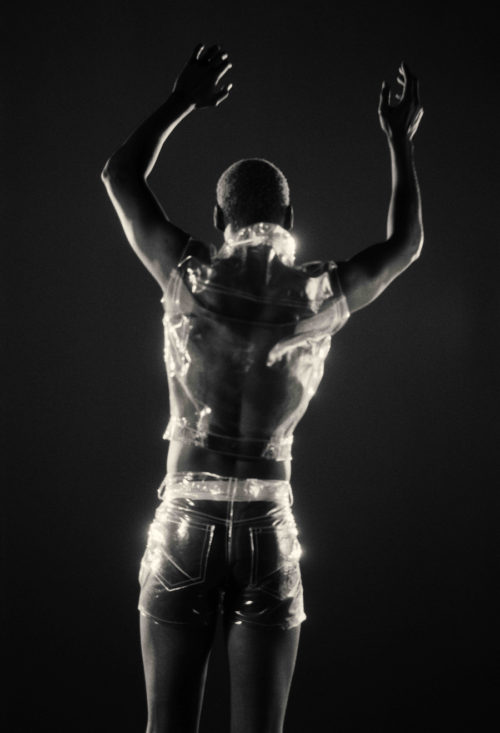 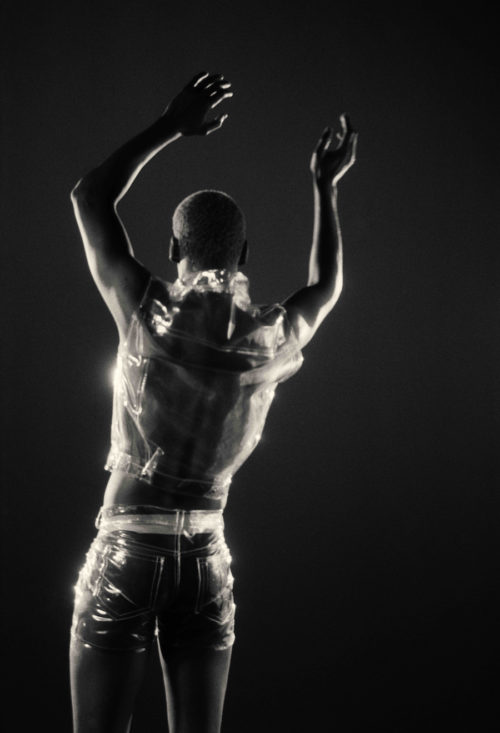