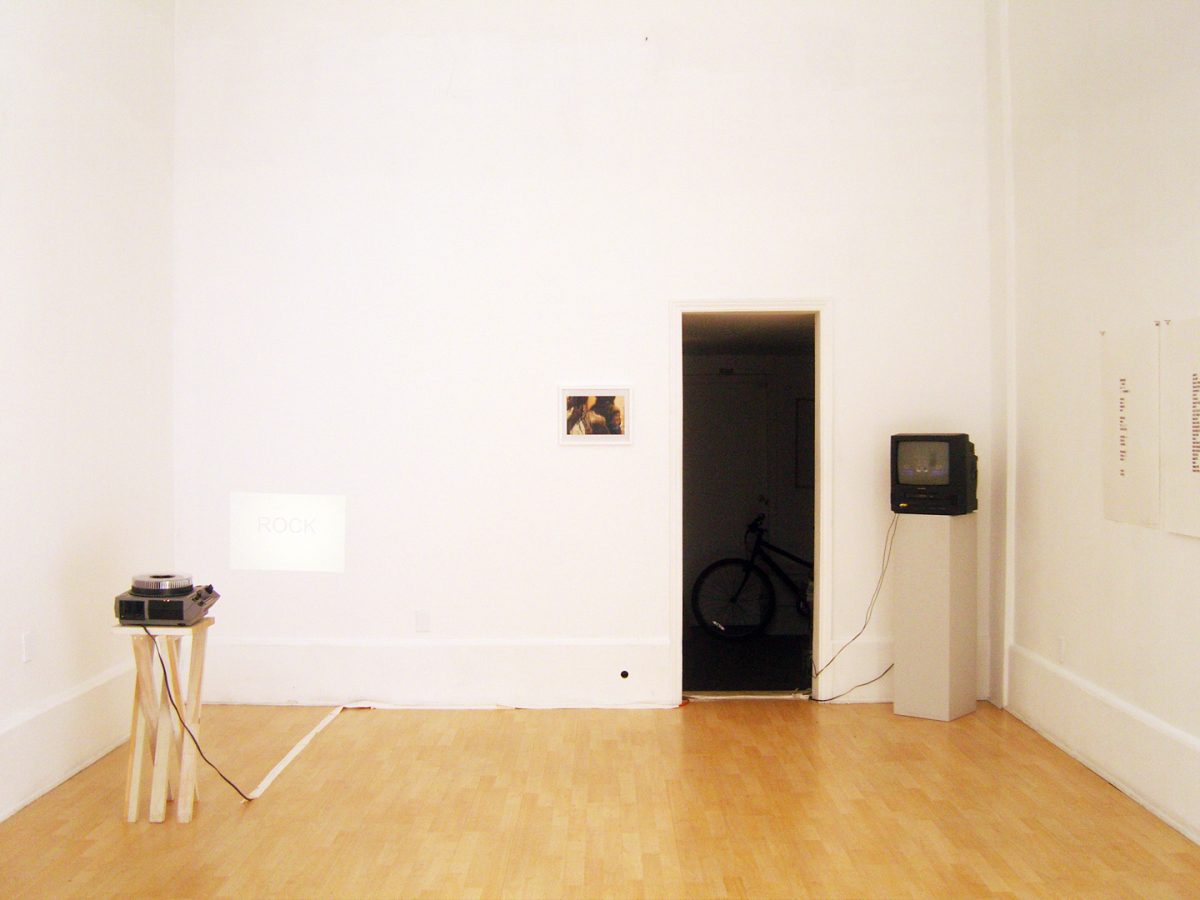 Twice Upon A Time

twice upon a time is a group exhibition organized by Galerie Andreas Huber, Vienna and Silverman Gallery, San Francisco. The two met in Berlin in 2006 and realized they both worked with artists whose practices engaged with conceptual, feminist, political and gender issues. Curating a collaborative show highlights the commonality between the programs of Huber and Silverman. The show first opens in Vienna on November 22, 2008 and then travels to San Francisco in March, 2009. twice upon a time is also a moment for each gallery to interrupt their solo show format, to provide a new context and use the gallery as a hub for a larger network.

The title underscores the fact that the exhibition will happen twice and is also a reference to the history of the fairy tale. Historically women fairy tale writers, also called conteuses, a term given to 17th century French women, were silenced and relegated to a more domestic literary sphere. However the conteuses saw their tales as amusements for sophisticated adults in the salon and not for children. Like the conteuses, the artists in twice upon a time challenge gender expectations, engage with playful techniques, collect and urge us to rethink our conception of storytelling and its history.

Desiree Holman’s playful video, I would do almost anything you asked me to do documents the artist wearing flesh-like suites that allow her to enact the role of male character’s by stepping into new “skin”. By wearing the skin of the male character Holman investigates the dynamics of romantic relationships as well as the male gaze. Like Holman Judith Hopf’s practice defies authorial positioning and investigates both behavior and identity. Romantic relationships often start at seedy bars, clubs and lesbian parties which is the starting point for Kaucyila Brooke’s ongoing body of work titled “The Boy Mechanic” (various media, 1996 ongoing). In this excerpt from “The Boy Mechanic/San Francisco”(2007-200?) she shows drawings (ink on paper) of lesbian bar names from San Francisco’s past and present reorganized into her own idiosyncratic and fantasy narrative categories . Tammy Rae Carland’s Photoback works document the back of the photograph. Now the trace; who it was for, when, where, why it was taken and how it has lived its life is the focus rather than the initial image. Carland, like Brooke’s work documents memories produced in public identity and social spaces and allows the viewer to insert his/her own memories like a make up your own story. Through these personal and public memories and narratives twice upon a time explores looking for, the trace and the re-invention of ones self.

Carla Åhlander (born 1966 in Sweden) lives in Berlin. She portrays in her photographs a state of permanent difference of individuals in relation to their particular social environment.

Kaucyila Brooke lives and works in LA,California. The Boy Mecanic recollects in photography and drawings the hidden “queer” cultural history of several cities through presenting deserted places and possible memories.

Tammy Rae Carland lives and works in Oakland, CA. Photobacks is an ongoing photographic series of found personal photographs from the 1910’s to the 1970’s

Carola Dertnig’s slideshow and live performance “Dance Report – LA Report” 80 slides are projected on to the wall. Comin in rapid secession they go on to form a sentence, a poem in reference to the Judson church dance group. Through montage, sequences and repetition the work focuses on performative tendencies of language seen through the graphic arrangement of a text or a poem read aloud. Between recording, recollection and stage setting the work explores a documental and referential system. Carola Dertnig lives and works in Vienna.

Desiree Holman lives and works in Oakland,CA. I would do almost anything you asked me to do is part of an installation-based project call “Breath Holes” which incorporates video, sculpture and large format photography.

Judith Hopf lives and works in Berlin. Hopf has worked in a wide range of media, offering an absurdist—and ultimately utopian—exploration of artistic forms and everyday conventions. Her silkscreen print was inspired by the work of Bridget Riley, whose style is here unexpectedly used to depict a nose. Judith Hopf is based in Berlin.

Christina McPhee lives and works in Atascadero, CA. 47 Reds is a series of drawings where the artist presses black paper onto colored pigment left on the floor and draws over them. The drawings on top of the pigment are reminiscent of an illustrator adding imagery to a book that already existed.

Susanne Winterling lives in Berlin, Germany. Winterling applies a method of working that weaves ideas and visual structures, both personal and collective, past and future. Like in lovemindmiddleheart, which layers an image of actress Tilda Swinton and a library in a castle close to Prague in an attempt to capture sensuality, memory and dreams.

Ginger Wolfe-Suarez lives and works in CA and is an emerging artist, writer, teacher, and a kind of organizer. Her exhibitions include ‘ASLONG AS YOU LIVE I WILL LIVE’ a solo show at Mills College Art Museum, ‘Bad Moon Rising’ atBOOTS Contemporary Art Space, ‘Bay Area Now’ at Yerba Buena Center for the Arts, ‘Boundries Without Given Confines’ with Primitivo Suarez at High Desert Test Sites (curated by Andrea Zittel), as well as a number of more independent or public spaces. In 2007 she participated in The Performing Archive-Restricted Access, an exhibition by Suzanne Lacy and Leslie Labowitz. A former assistant to Sol Lewitt, she co-founded a small publication on conceptual art entitled InterReview Journal and served as its’ editor from 2002 until 2008. A full archive of InterReview Journal can currently be found at Harvard Fine Arts Library, and the Library of the Columbia University, New York. Wolfe-Suarez co-authored and edited a book on emerging art criticism entitled Writing Is Action (with Cara Baldwin) forthcoming Spring 2009. She has regularly contributed essays and criticism to a number of publications, and her written artist project ‘A Trilogy in Form’ was recently published by N. Paradoxa (London).

The Exhibition is supported by Austrian Cultural Forum / NYC. 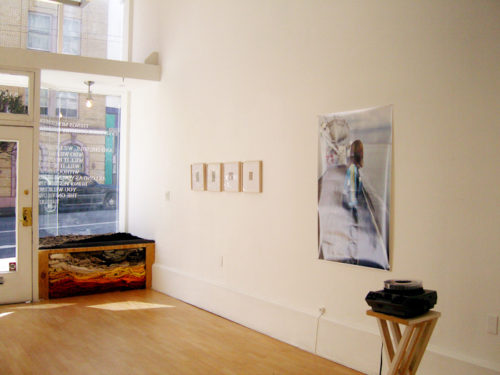 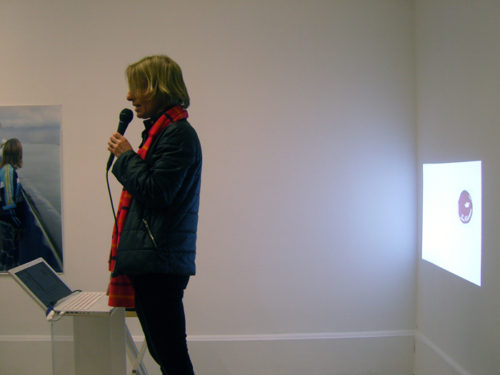 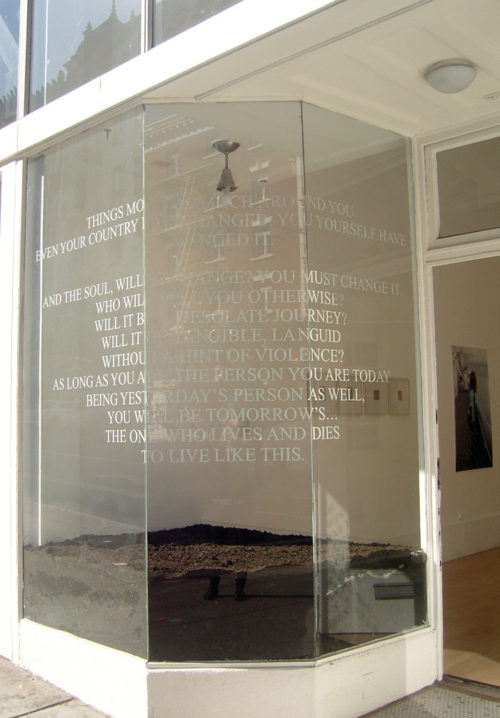 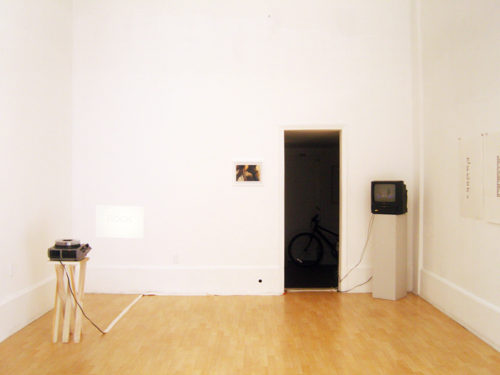 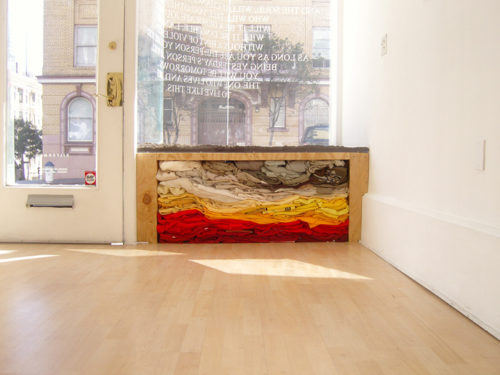 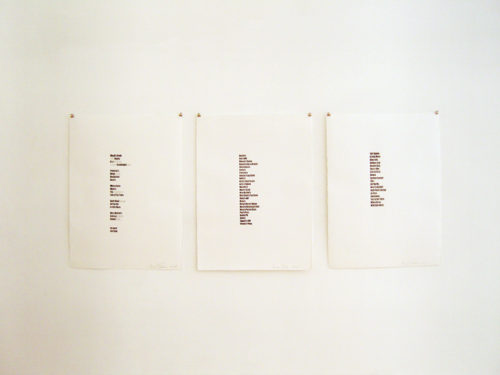 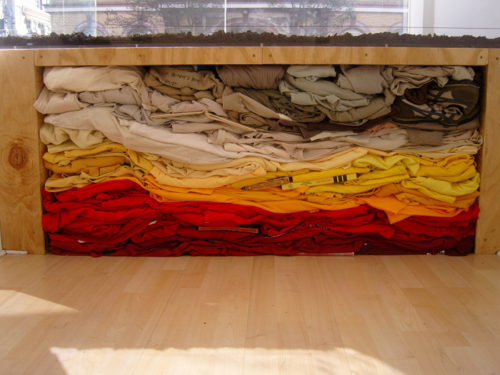