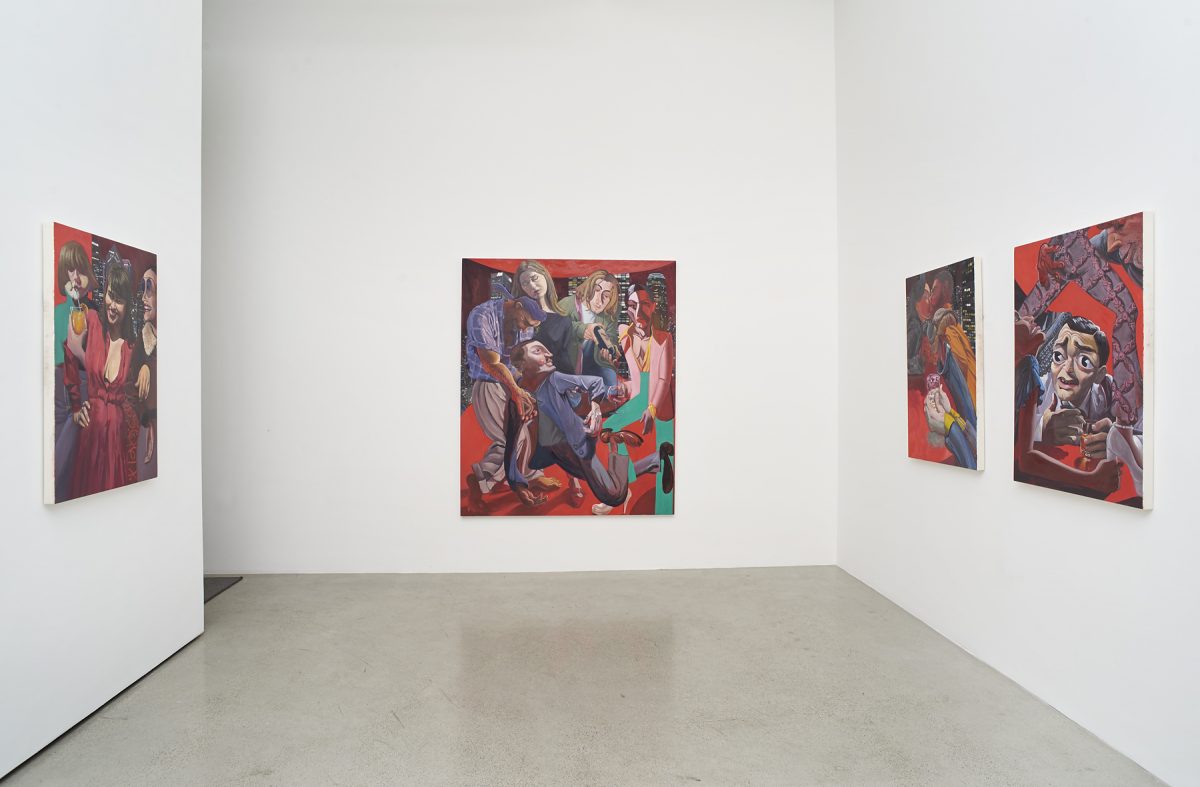 Justin John Greene’s new series of five oil paintings titled “O Buona Ventura!” explore the successes, risks and hazards of contemporary life. Set in the rotating cocktail lounge of the Westin Bonaventure Hotel in Los Angeles, the works depict the dizzying effect of working/playing around the clock. Each of Greene’s characters is painted in a different style, referencing German expressionism, slapstick cartoons, and Baroque tavern scenes. Their diverse aesthetics amplify the social allegory, rendering some with great individuality and others with the appearance of puppets, super heroes and villains. Much like a Caravaggio painting, the figures are often clustered around a central light source; in these works, the source is wittily absent from view.

Constructed in the mid-1970s, the Bonaventure’s architecture is an icon of postmodernism. Political geographer Edward Soja described the hotel as “fragmented and fragmenting, homogeneous and homogenizing, divertingly packed yet curiously incomprehensible, seemingly open in presenting itself to view but constantly pressing to enclose, to compartmentalize, to circumscribe, to incarcerate.” The rotating bar elicits feelings of being on an unstoppable carnival ride while its windows offer sweeping views of L.A., creating a sense of being in the spinning center of an urban universe. The architectural environment is reminiscent of the round rooms in which Francis Bacon often staged his subjects.

The exhibition title “O Buona Ventura” refers to a painting from circa 1630 by Georges de La Tour that depicts a man speaking to a fortuneteller while a pickpocket slips her hand into his coat. Although the de La Tour painting, which hangs in the Metropolitan Museum in New York, is usually called The Fortune Teller, the literal translation is the more ironic, Oh Good Fortune! Through his distinctive tragicomic lens, Greene breathes new life into art historical narratives and compositions in order to comment with fresh wit on the social dynamics of our times. 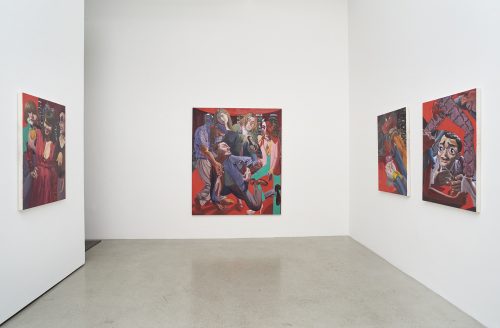 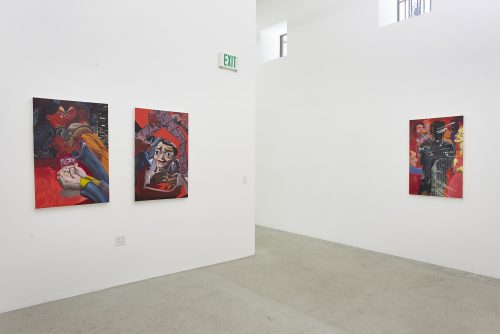 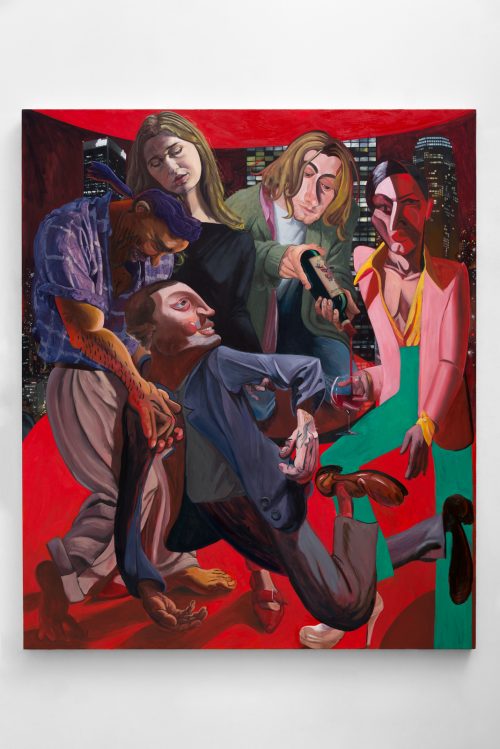 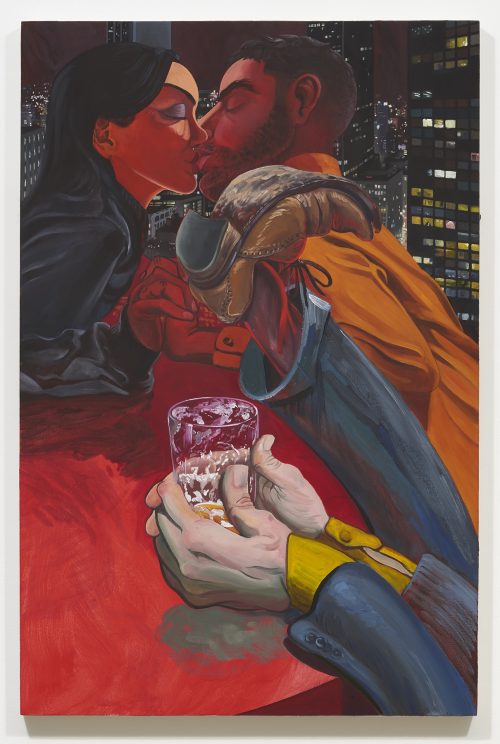 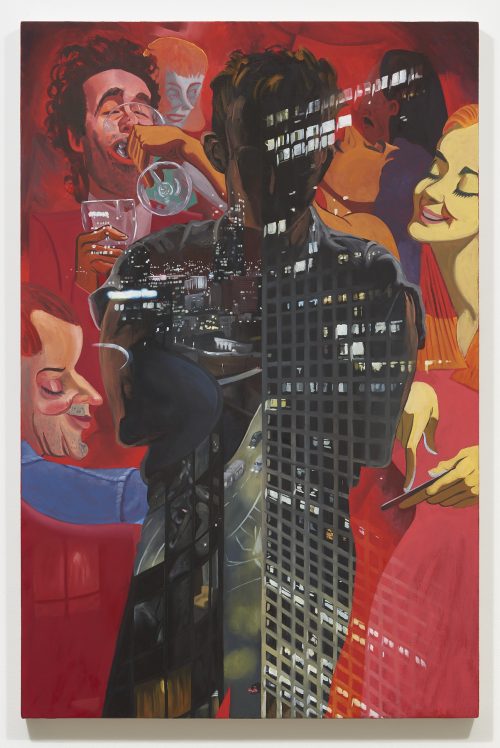