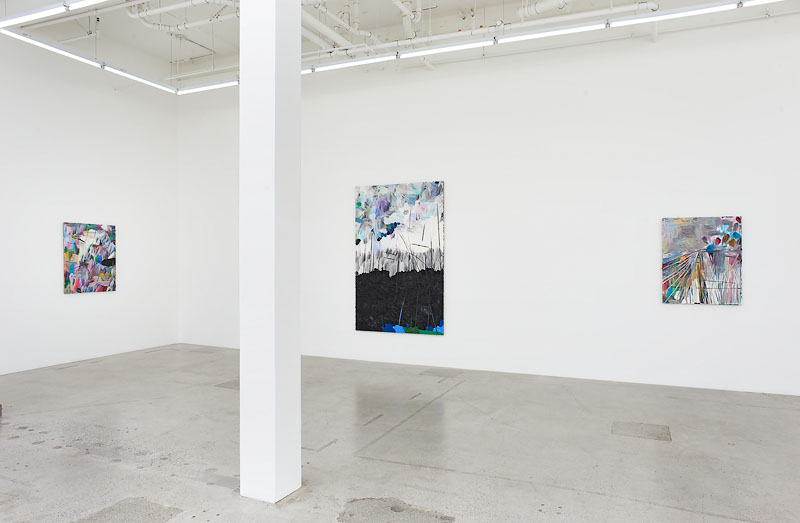 Time, timelessness, and media of communication are key themes in Dashiell Manley’s work. With his new “E” paintings, the artist turns his attention to the present tense of mindfulness and the medium of painting itself.

For several years, Manley’s work has filtered and processed political news through his work as a means of boosting his own mental health as well as enhancing the wellness of his viewers. In this series, Manley, who is half Japanese, half Irish- American, has tapped the power of Eastern aesthetics and habits of mind.

Firstly, Manley’s new paintings are informed by Buddhist meditation. Although an agnostic when it comes to organized religion, Manley has experimented with meditation for most of his life. Previously, however, he has not integrated the sensory forms of meditation into his work. The “E” paintings contain two kinds of brushstroke: a short, rhythmic, repetitive stroke, which relates to a mindful focus on the process of painting itself; and a longer, drifting transgressive line, which signals and attempts to correct a moment of distraction.

Secondly, Manley has drawn inspiration from 19th century Edo woodblock prints whose unusual, often “impossible,” perspectives suggest a mental exercise or frame of mind worth emulating. With Thirty-Six Views of Mount Fuji, for example, artists such as Hokusai (1760-1849) and Hiroshige (1797-1858) depicted the exceptionally symmetrical, conical mountain from diverse distances and locations, and in different seasons and weather conditions. Although Manley’s “E” paintings are abstract, their compositions and harmonious palettes pay homage to the vertical landscapes of this innovative movement.

“E” originally stood for “elegy,” a poem that laments the dead, and a title often used by one of Manley’s favorite painters, the Postwar Abstract Expressionist, Robert Motherwell. But, as their living-and-breathing brushstrokes suggest, these paintings memorialize the vibrancy of emotional abstraction. For Manley, painting is not dead.

Dashiell Manley (b.1983, Fontana, CA) is currently enjoying a solo exhibition at Stanford’s Cantor Center for Visual Arts. His work was included in the 2014 Whitney Biennial, the Hammer Museum’s “Made in L.A.” show, and in “Performing the Grid” at Otis College (Los Angeles). Manley’s work has been featured in exhibitions in Sao Paulo, Sydney, Torino, Vienna, Austin, and New York. His work is in the public collections of Los Angeles County Museum of Art and The Hammer Museum (Los Angeles). In 2016, Jessica Silverman Gallery published a catalogue featuring Manley’s “New York Times Paintings.” Manley has a BFA from California Institute of the Arts and an MFA from University of California, Los Angeles. He is represented by Marianne Boesky on the East Coast and Jessica Silverman on the West Coast. In Spring 2017, Manley will participate in L.A.N.D.’s multi-site group exhibition titled “Exchange Value.” He lives and works in Los Angeles, CA. 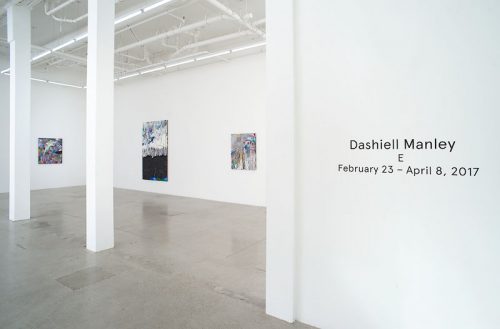 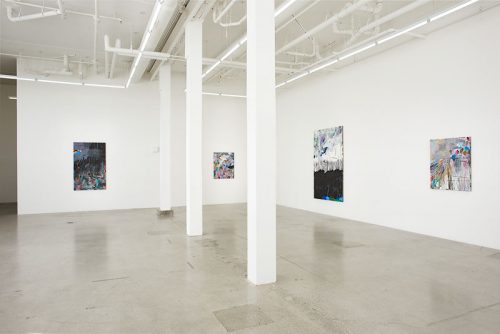 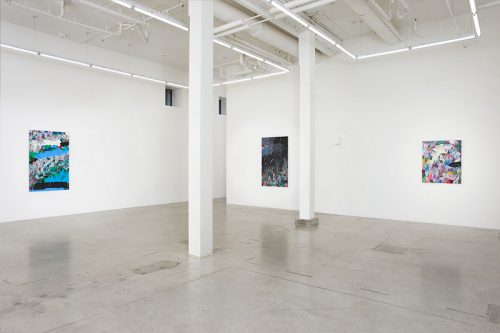 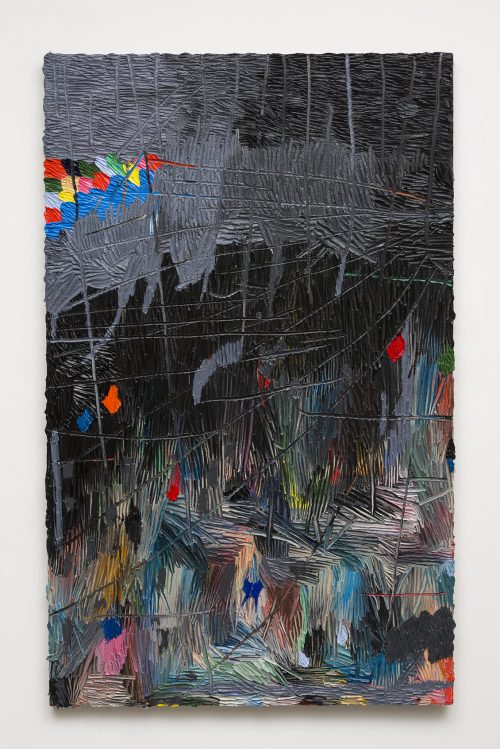 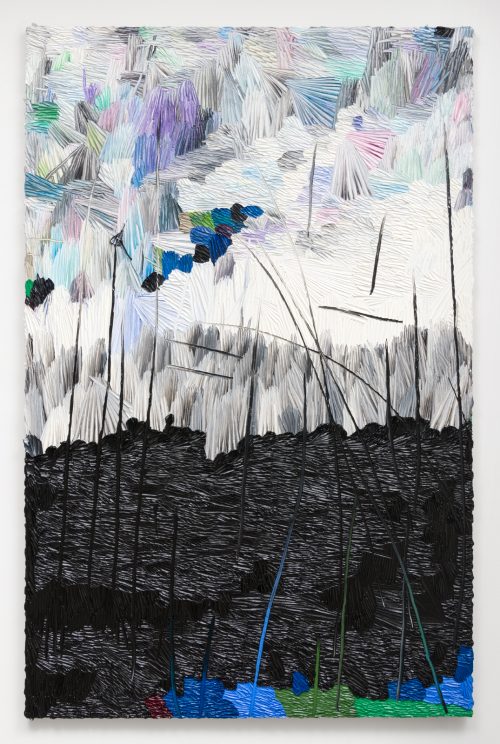 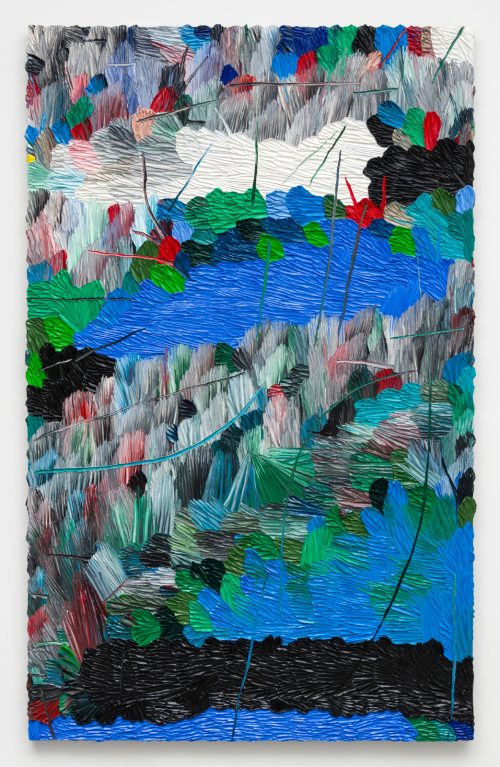 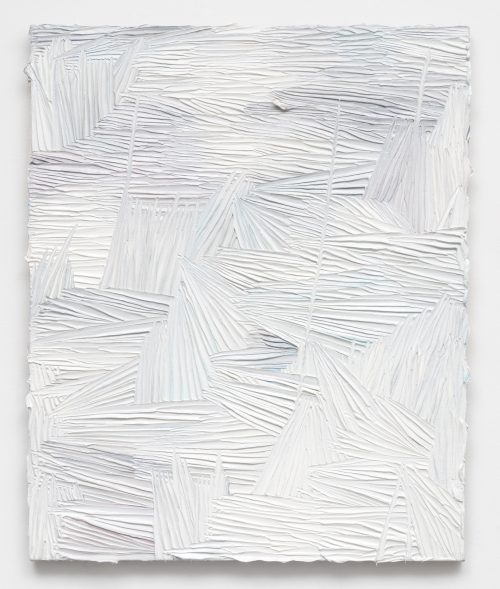 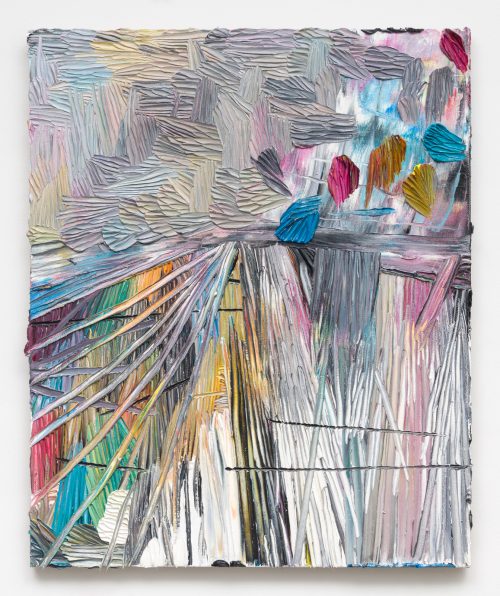 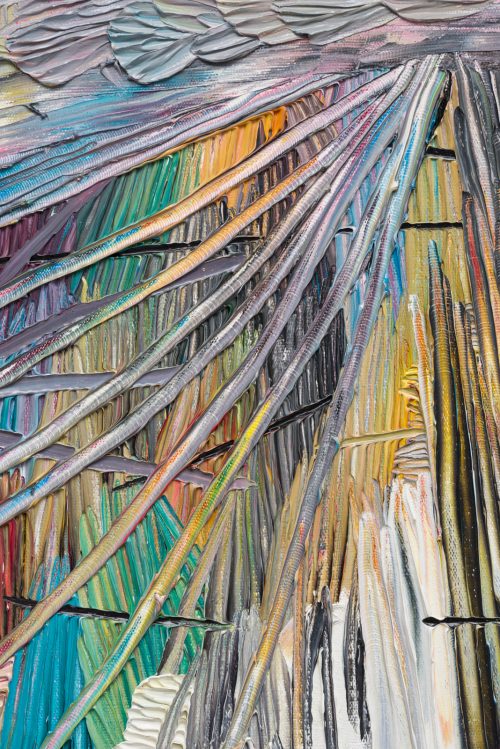 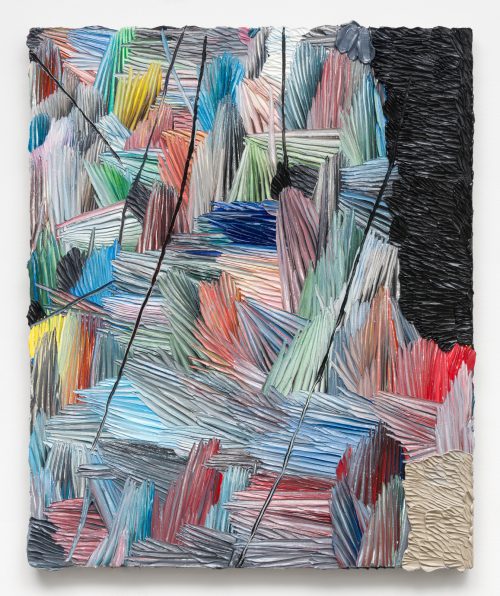 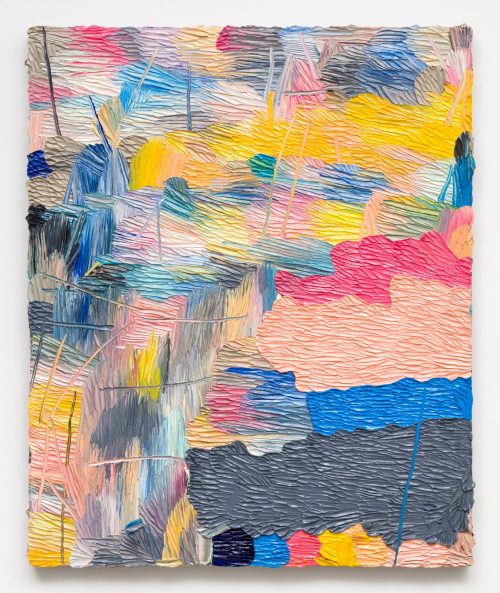 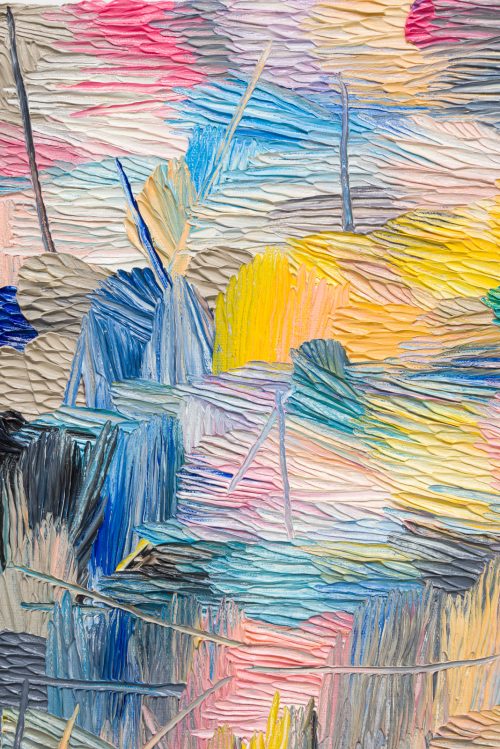 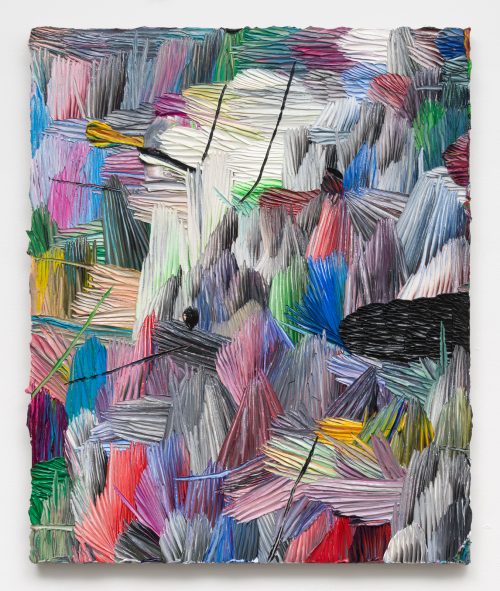 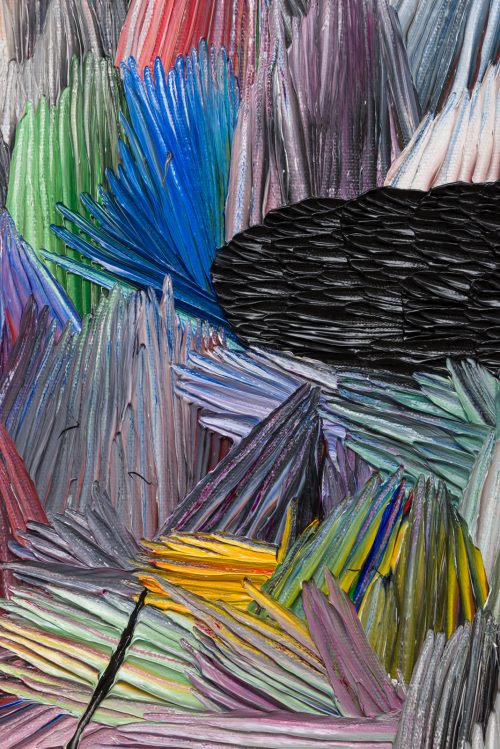