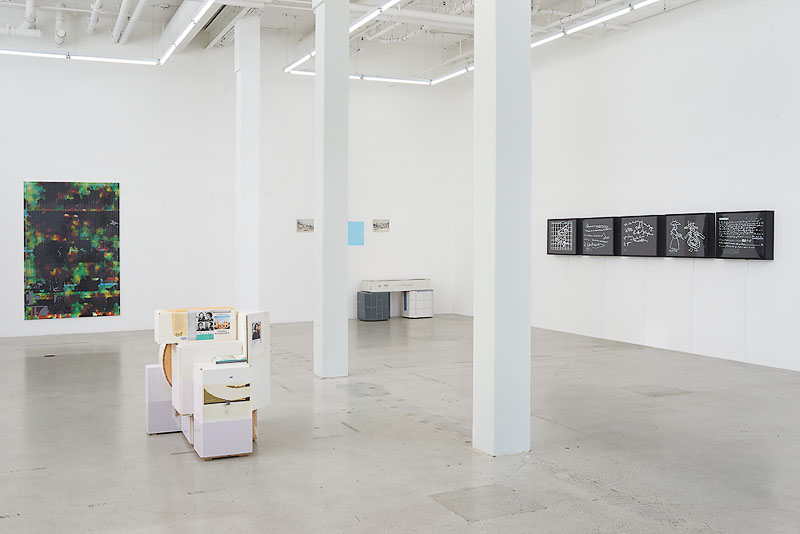 For at least a century, the most innovative landscapes have not depicted nature per se, but rather used the environment as an opportunity to reflect on the human condition, psychological situations and artistic processes. Referring to a profound or notable transformation, the phrase “sea change” first appears in Shakespeare’s The Tempest when a spirit sings, “But doth suffer a sea-change, into something rich and strange.” The artists in this exhibition explore transformations in their surrounding ecological, technological and social landscapes to create “something rich and strange.”

Susan Hiller’s series “From India to Planet Mars” (1997-2004) draws from the artist’s collection of automatic writings and drawings by friends, art students, analysands, poets, mediums, as well as a few of her own. Hiller transforms them into stark, large, white-on-black, backlit photo negatives. These spontaneous expressions of the unconscious are manifest as maps, simple figure drawings, and handwritten messages scrawled in loopy cursive. The title “From India to Planet Mars” refers to a 1899 book, a classic in psychology, about Hélène Smith, a medium who claimed to be reincarnations of a Hindu princess and a regular visitor to Mars, whose languages she claimed to speak and whose landscapes she painted.

Manfred Pernice creates sculptural vessels with scales, materials, and aesthetics derived from the worlds of architecture, shipping cargo, and mass packaging. The works serve as complex, open-ended meditations on the increased segmentation, containment, and, to use Pernice’s term, “canning” of objects and space. His seemingly slapdash sculptures are often installed with sketches, maquettes, photographs, and texts to create multilayered systems of meaning. His work is a conglomerate of ideologies that he approaches through mental and emotional associations. Pernice’s work questions both the history and present of the world through it’s architecture, interiors, and non-places.

In reaction to recent debates about globalization and the environment, Hugh Scott-Douglas’s “Trade Wind” paintings explore the paths of commercial shipping routes, pondering the movement of people, goods, and nature around the world. Using satellite mapping software, Scott-Douglas isolates the weather conditions of different trade routes and removes the boats from the image capture. With a strong visual rhythm, the work depicts the natural forces of currents and wind directions as symbols. Produced with a flatbed inkjet printer, each work is made through a process akin to silk-screening wherein layer is built upon layer, creating a glossy and textured finish. The resulting, seemingly abstract work reinterprets the genre of landscape in the era of GPS navigation.

Susan Hiller (b. 1940, Cleveland, Ohio) has been based mainly in London since the early 1960s. With a practice extending over 50 years, her groundbreaking installations, multi-screen videos and audio works have achieved international recognition and are widely acknowledged to be a major influence on younger British artists. Her career has been recognized by major survey exhibitions at the ICA, London (1986); Tate Liverpool (1996); ICA, Philadelphia (1998); Moderna Museet, Stockholm (2007); Kunsthalle Nürnberg, Nuremberg (2012) amongst others, and includes a major retrospective exhibition at Tate Britain, London (2011). Her work is found in both private and public collections including the Centre Pompidou, Paris; Ludwig Museum, Cologne; Museum of Modern Art, New York; and Tate, London.

Manfred Pernice (b. 1963, Hildesheim, Germany) lives and works in Berlin. His works have been shown in numerous international solo and group exhibitions including, Gemeentemuseum Den Haag, The Hague (2014), in the Secession, Vienna (2010), and in the Neue Nationalgalerie, Berlin (2010), at the Centre Pompidou, Paris (2009), the Venice Biennale, Venice (2003), Documenta 11, Kassel (2002) and at Portikus, Frankfurt am Main (2000). Pernice’s work is included in institutional collections such as the Solomon R. Guggenheim Museum, New York; the Ludwig Museum, Cologne; the Stedelijk Museum voor Actuele Kunst, Gent and the Nationalgalerie at Hamberger Bahnhof, Berlin.

Hugh Scott-Douglas (b. 1988, Cambridge, UK) lives and works in New York. He studied at The Pratt Institute, New York (2005) and received his BFA in sculpture from OCAD University in Toronto (2010). Scott-Douglas recently had a solo exhibition at the Tochigi Prefectural Museum of Fine Arts in Japan, Tochigi (2016) and has been shown in group exhibitions at the Staatliche Kunsthalle Baden-Baden, Baden-Baden, Germany (2016); the Columbus Museum of Art, Columbus (2016, 2014); Worcester Art Museum, Worcester, MA (2016) and Yokohama Museum of Art, Yokohama, Japan (2016). His works are featured in many museum collections including SFMOMA, San Francisco; MCA Chicago; Dallas Museum of Art; the Broad Art Museum, East Lansing, MI and the Art Gallery of Ontario, Toronto. 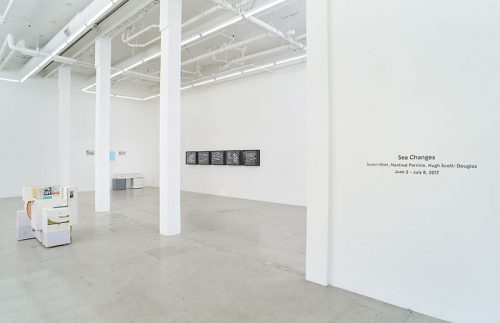 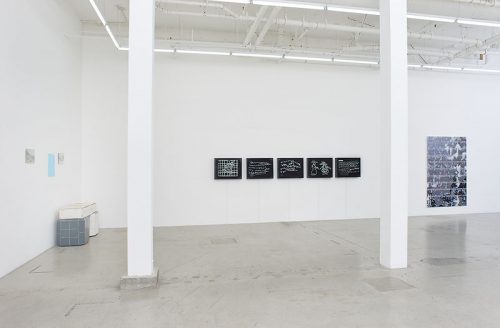 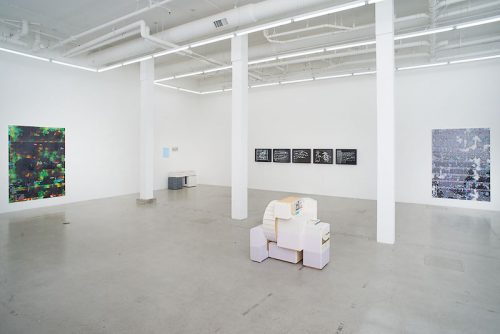 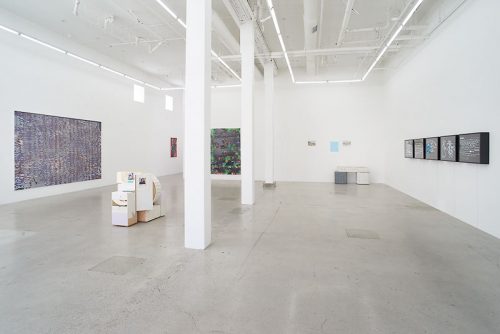 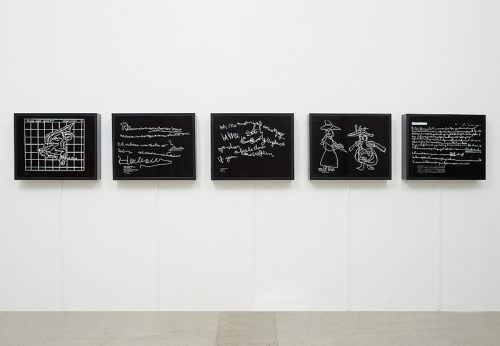 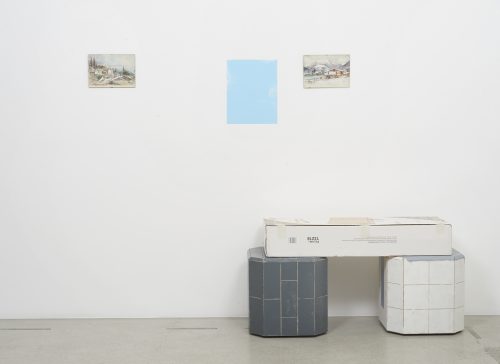 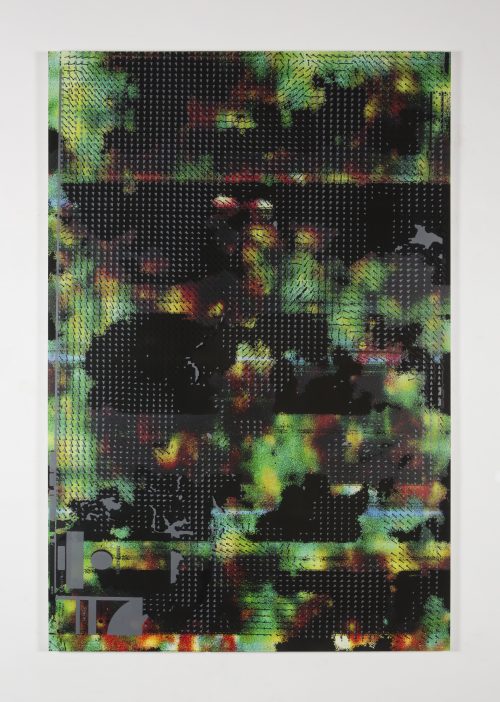 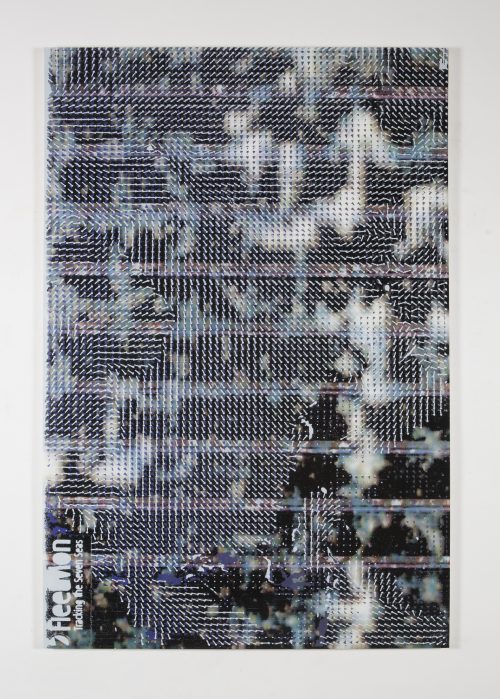 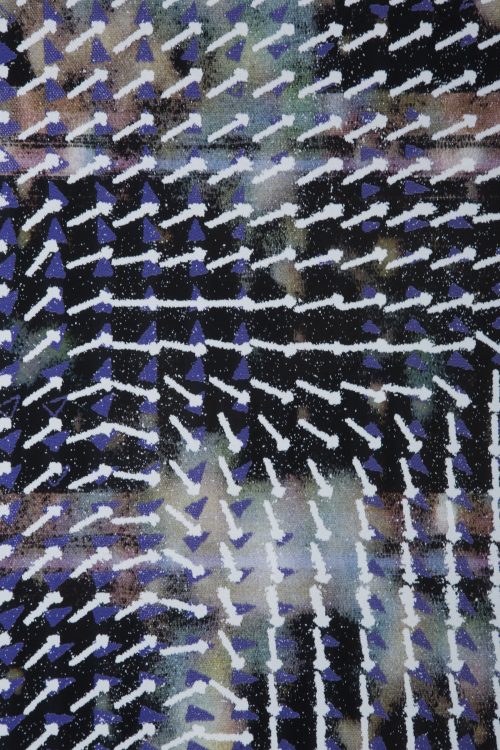 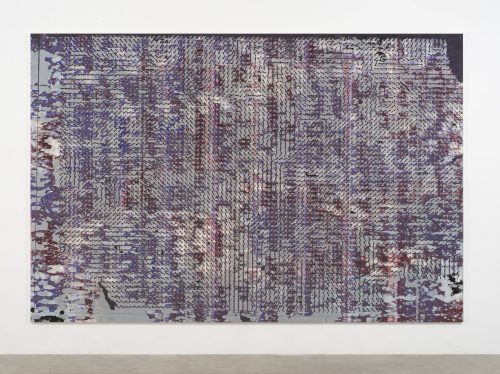 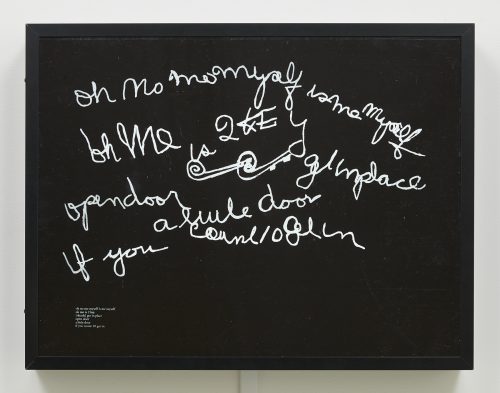 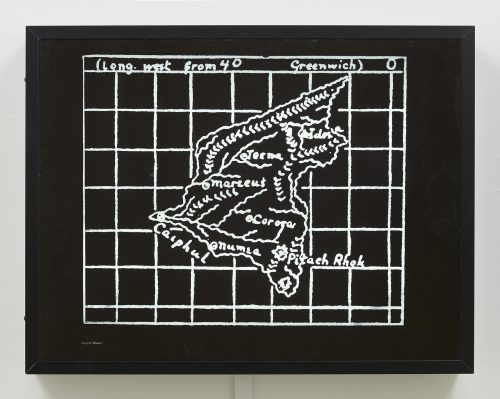