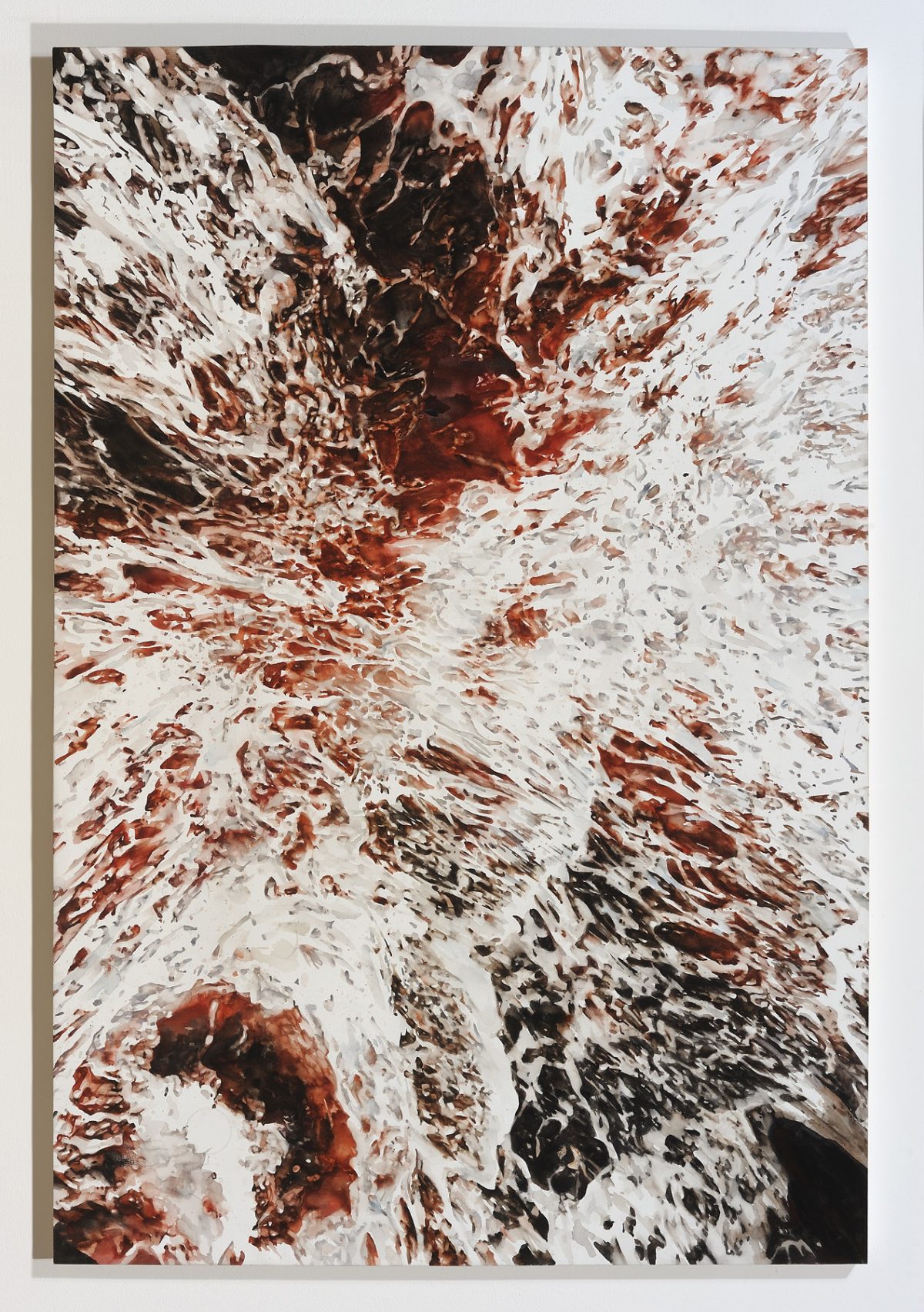 Jessica Silverman Gallery is pleased to present “Juice,” an exhibition of new work by Conrad Ruiz, on view from October 26 to December 8, 2012.

“Juice” is a series of watercolors on canvas and paper that explore the history of Pop art, abstract painting and realist representations of water. Titled after real energy drinks like Red Bull and fictive ones such as Passion Squirt and Punch Monster, the paintings merge classic dichotomies between nature and culture, still lives and landscapes, figuration and abstraction. Antecedents to the series include David Hockney’s splash paintings, Hiroshi Sugimoto’s seascapes, and Clyfford Still’s abstract expressionist canvases. Conceptually, the series pays homage to Andy Warhol’s 1962 hand-painted Coca Cola canvas.

In previous work, Ruiz has appropriated found images but “Juice” is culled from photographs that the artist took of waves crashing on the California coastline. He reworked the digital files to create sketches that became the reference images. The results are visually complex and sexually evocative.

Ruiz says that he likes to “express my personality by avoiding myself” and much of his work plays with viewers’ expectations about his identity. Upon viewing the work in his first solo show, “Cold, Hard and Wet,” many people assumed that Ruiz was African-American while his “Beijing” series of paintings led some viewers to suppose he was Asian. With “Juice,” some may suspect he is gay. 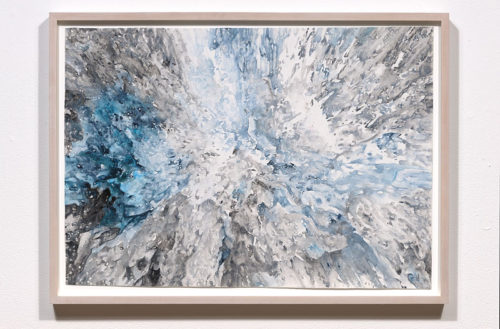 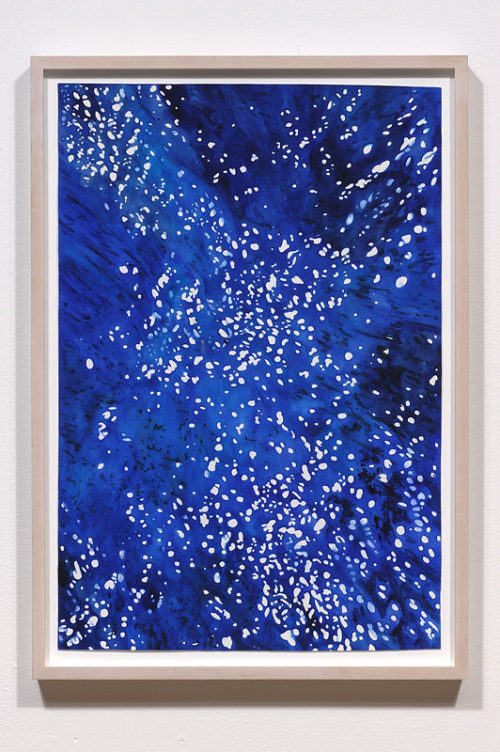 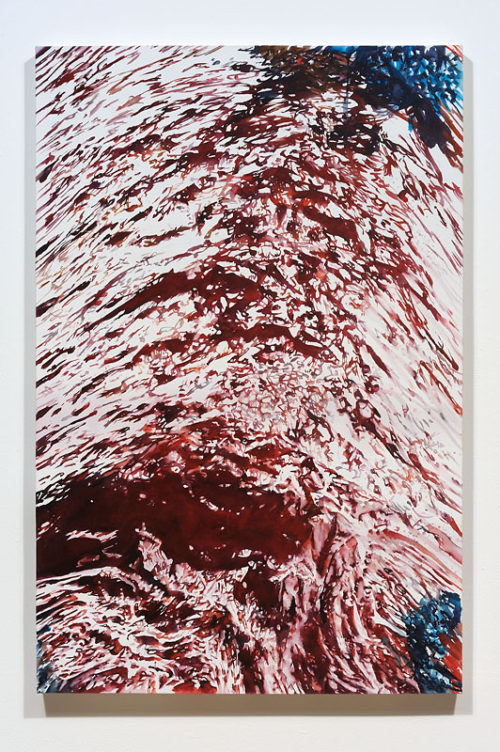 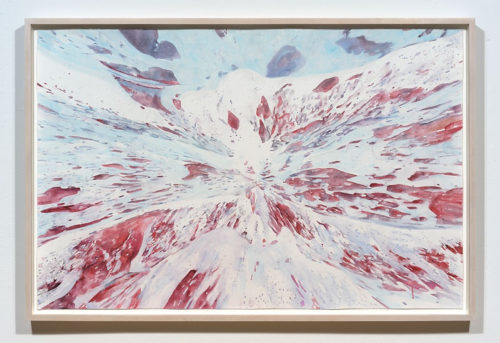 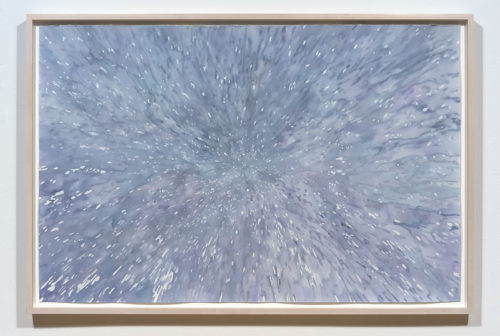 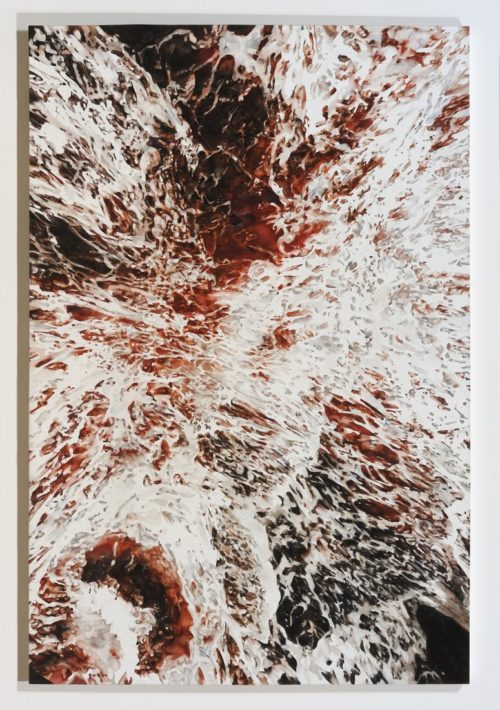 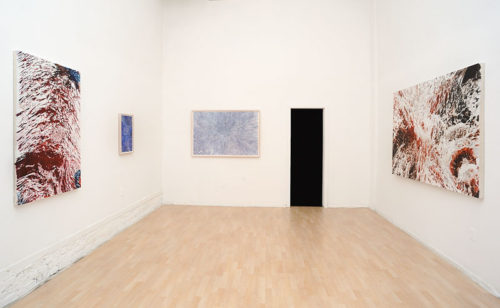 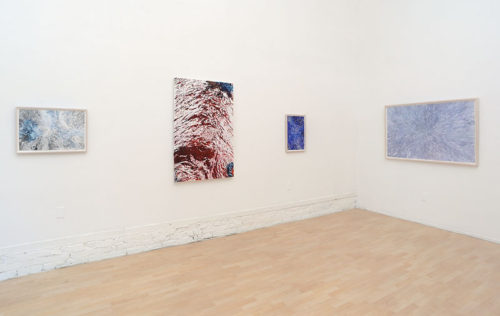