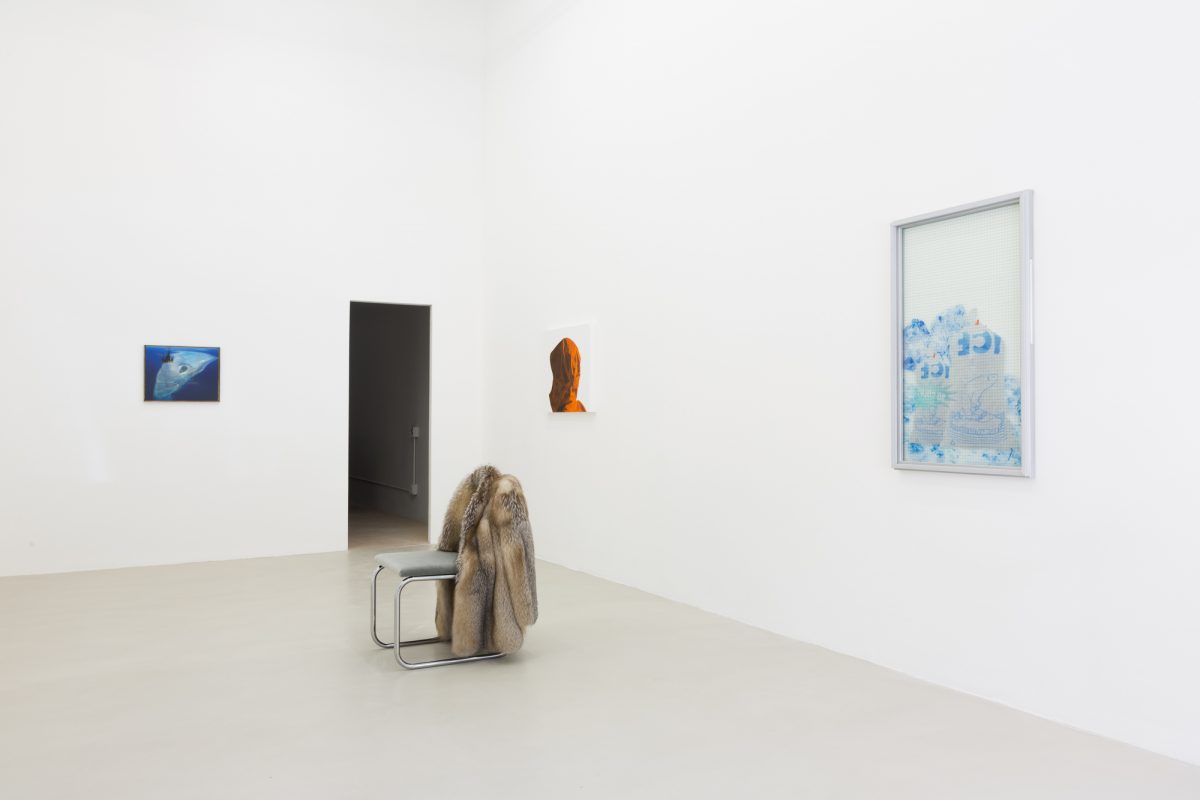 “The coldest winter I ever spent was a summer in San Francisco.” The witty statement is generally attributed to Mark Twain despite the fact that it appears nowhere in his writings. Twain did have a “thing” for the weather, arguing that it was “necessary to a narrative of human experience.” Novelists, he felt, should only present “the ablest weather that can be had, not ignorant, poor-quality, amateur weather.” Indeed, climates were in his opinion “a literary specialty” about which “no untrained hand [could] turn out a good article.”

Francis Alÿs (b. 1959, Antwerp, Belgium) lives and works in Mexico City. His work can be found in public collections worldwide, including the Art Institute of Chicago, Hammer Museum, Musée d’Art Moderne de la Ville de Paris, MoMA, Philadelphia Museum of Art, Pinakothek der Moderne (Munich), Guggenheim Museum, Stedelijk Museum (Amsterdam) and Tate Gallery, London. Alÿs has had several solo exhibitions at prominent venues, and in 2010 his work was the subject of a major traveling survey show titled “A Story of Deception.” Alÿs’s solo museum exhibition, “A Story of Negotiation,” is currently on view at the Museo Nacional de Bellas Artes de la Habana (Havana), while his ongoing project Fabiola is currently on view at The Menil Collection in Houston until January 2018.

Harold Ancart (b. 1980, Brussels, Belgium) lives and works in New York. In September 2016, he will present a solo exhibition at The Menil Collection in Houston. Last year, his work was part of a two-person exhibition, “Tierra Vaga,” with Michel François at Fundacion Casa Wabi in Oaxaca, Mexico. The recent publication titled Soft Places, featuring the entire collection of Ancart’s works on paper since 2009, was released in 2015, accompanied by a text written by the artist. A large-scale installation of his work was selected for the 9th Taipei Biennial in 2014. He has participated in recent group exhibitions at the Yuz Museum (Shanghai), Astrup Fearnley Museet (Oslo), and at the Palais de Tokyo (Paris). His work is included in the public collections of the MoMA, MOCA Los Angeles, the Smithsonian’s Hirshhorn Museum and Albright-Knox Art Gallery (Buffalo, NY).

Chris Bradley (b.1982, Denville, NJ) graduated from the School of the Art Institute of Chicago in 2010, where he received his MFA. He has participated in many group shows, including “Teen Paranormal Romance,” curated by Hamza Walker, which travelled from The Renaissance Society (Chicago), to the Atlanta Contemporary and MCA Santa Barbara from 2014-2015. In 2012, Bradley had his first solo museum exhibition at CAM Raleigh in North Carolina. He will have a solo show at MCA Chicago in January 2017.

Karel Funk (b. 1971, Winnipeg, Canada) received an MFA from Columbia University in New York in 2003. Funk has had solo museum shows at Rochester Art Center (Rochester, MN) in 2009 and Musée d’Art Contemporain de Montreal in 2007. He has participated in several group shows in North America and abroad. His work is in the public collections of the Guggenheim Museum, Whitney Museum, LACMA, SFMOMA and the National Gallery of Canada, as well as many private collections. Funk recently opened his first museum retrospective at the Winnipeg Art Gallery, which is on view until October 2016. He lives and works in Winnipeg.

Mia Goyette (b. 1989, Rhinebeck, NY) received her BFA from the Cooper Union School of Art in 2010. She has participated in group exhibitions internationally in the United Kingdom, Sweden, New York and Germany and has enjoyed solo exhibitions at Vitrine Gallery (London, UK) and Frankfurt am Main (Berlin, Germany). Later this year, Goyette will participate in upcoming group exhibitions at Nassauischer Kunstverein Wiesbaden (Wiesbaden, Germany) and Kunstverein Nürnberg (Nuremberg, Germany). She lives and works in Berlin.

Isaac Julien (b. 1960, London, UK) was nominated for the Turner Prize for The Long Road to Mazatlan and Vagabondia (2001). Julien studied painting and fine art film at Central St Martin’s School of Art, and is currently a member of faculty at the Whitney Museum of American Arts and Professor of Global Art at the University of the Arts, London. His work is in the collections of Tate Modern, Centre Pompidou, MoMA, LACMA, Guggenheim Museum, the Albright-Knox Art Gallery, the Irish Museum of Modern Art, the National Museum of Norway, Brandhorst Collection, Fundación Helga de Alvear, Goetz Collection, the Louis Vuitton Art Foundation, LUMA Foundation, the Zeitz Foundation and the Kramlich Collection. His recent solo exhibitions include MUAC (Mexico City), De Pont Museum (Tilburg, The Netherlands), MoMA (New York), and Art Institute of Chicago. Julien lives and works in London.

Nicole Wermers (b. 1971, Emsdetten, Germany) has an MFA from Central St. Martins College of Art. She was nominated for the Turner Prize in 2015, for which her work was exhibited at Tramway in Glasgow. Wermers’s work is in the permanent collections of the Tate (London), Hamburger Kunsthalle (Hamburg), Museum für Moderne Kunst (Frankfurt), Karl-Ernst Osthaus Museum (Hagen, Germany) and the DGZ Bank Collection (Düsseldorf). She has had solo exhibitions at Tate Britain, Kunstverein fur die Rheinlande und Westfalen (Dusseldorf), Aspen Art Museum, the Camden Arts Center (London) and Secession (Vienna). Wermers lives and works in London. She will have a solo exhibition at Jessica Silverman Gallery in January 2017. 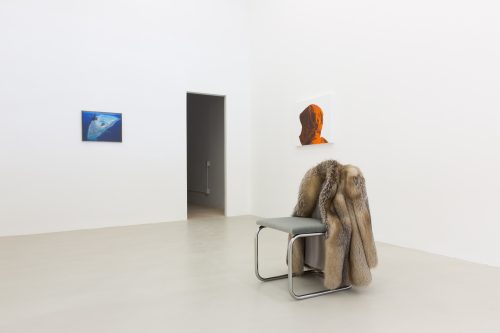 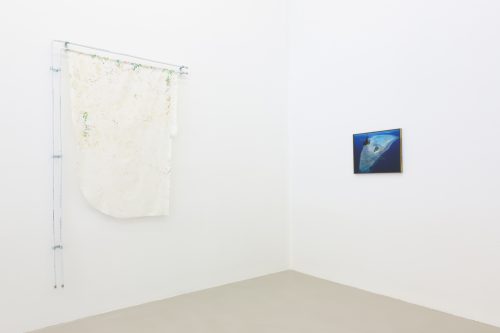 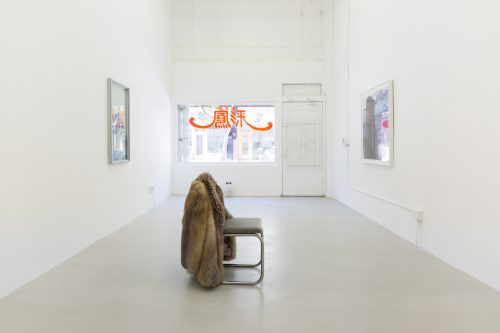 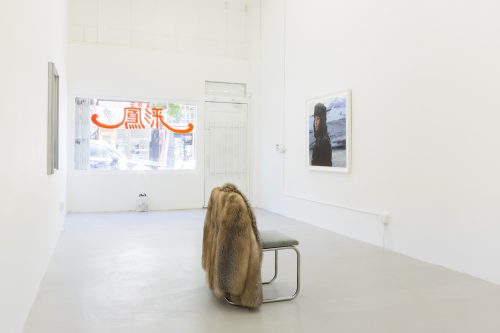 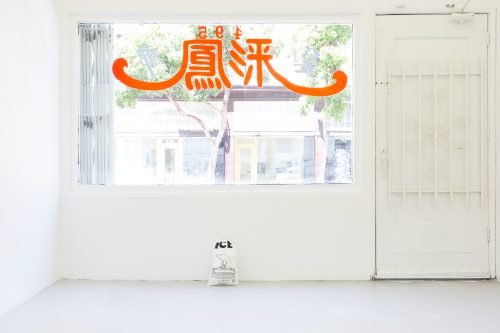 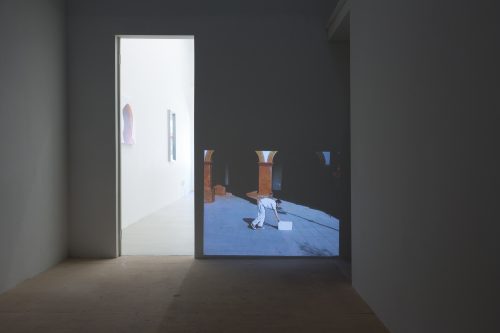 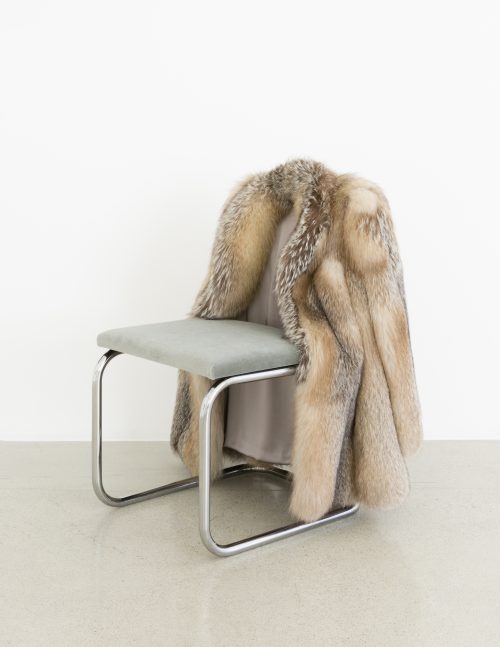 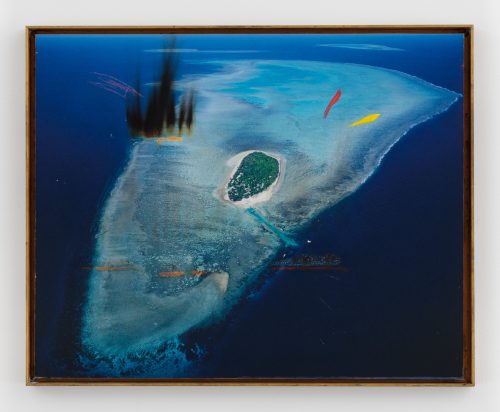 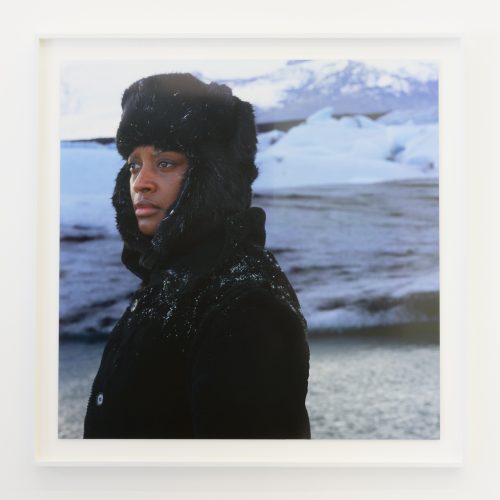 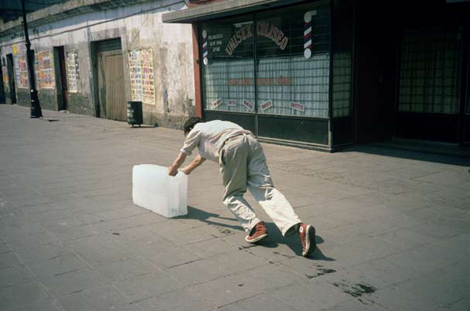 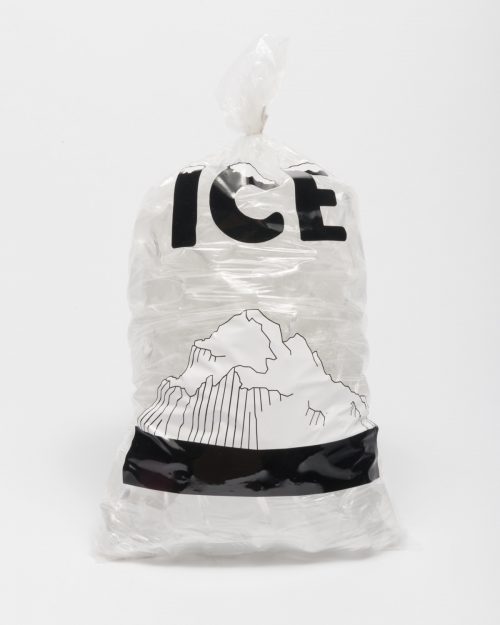 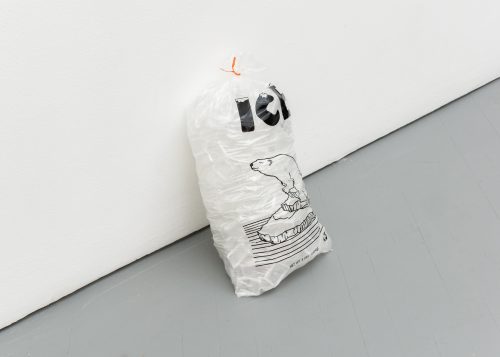 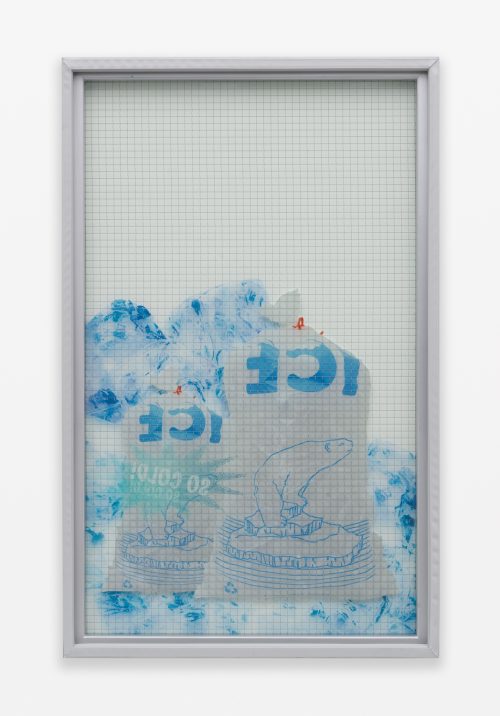 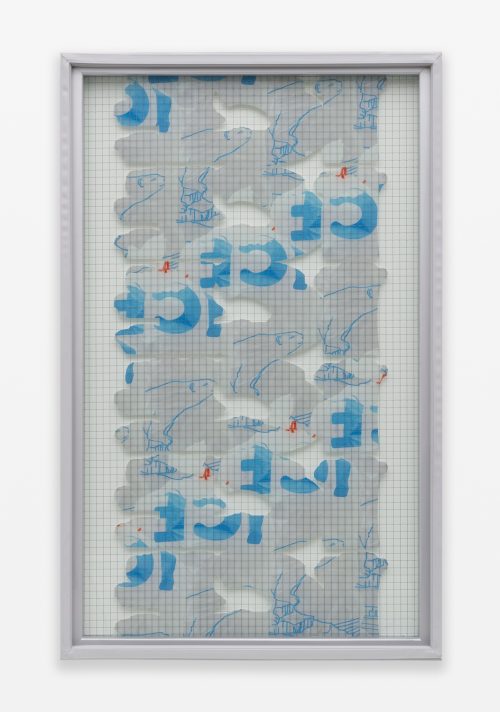 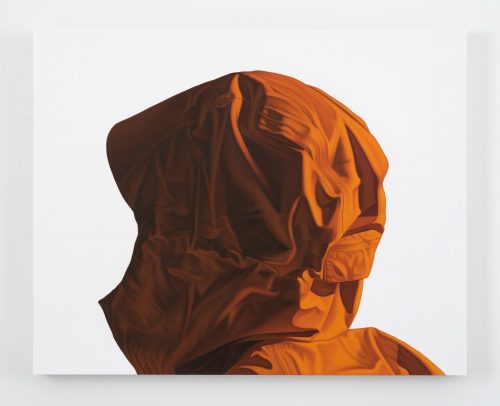 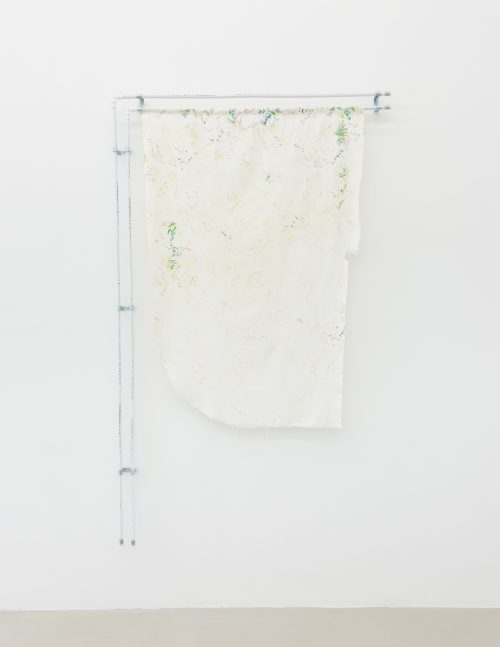 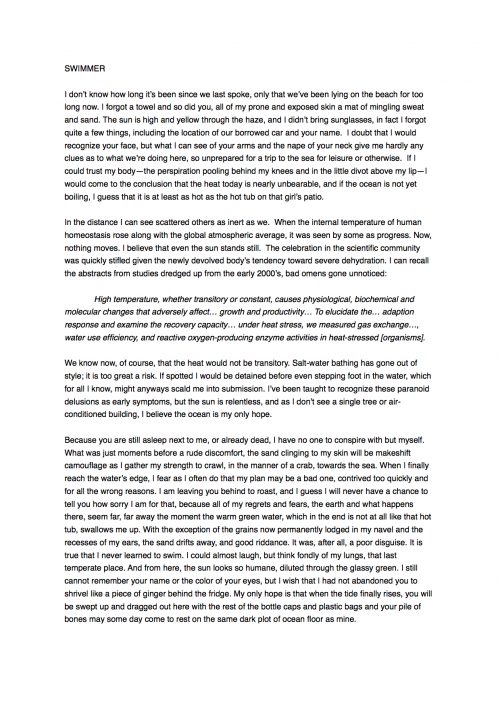