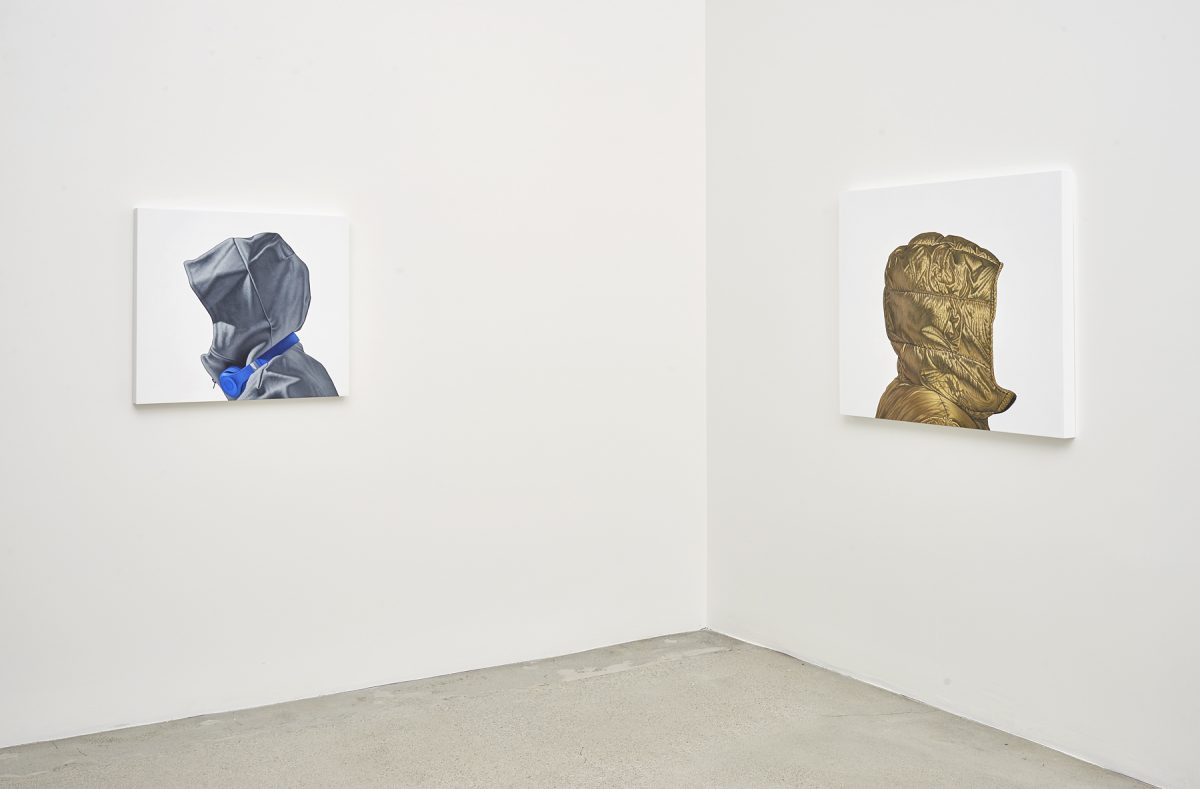 Jessica Silverman Gallery is pleased to present an exhibition of four paintings by Karel Funk, his first solo show on the West Coast. For over a decade, Funk has made highly subjective portraits in an intensely realistic style. The “Hoods” series was inspired by the particular feeling of intimacy and anonymity that Funk experienced riding the New York City subway. His hooded subjects are frequently depicted from behind, in three-quarter views, which accent the mystery of identity and position the viewer so he/she looks over their shoulder, potentially sharing a point of view.

Funk completes between six and eight painting each year, creating lustrous surfaces that are built up slowly with acrylic paint and glaze. The finished pieces are comprised of hundreds of layers of pigment, which explore the nuances of represented color, texture, stitching, the drape and cut of the hood, and the way fabrics reflect and absorb light. The details of the compositions—the ways the hoods crease, fold, and crumple – appear strange and unfamiliar like surreal topographic landscapes.

Each new painting is an experiment in representation and subjectivity—and emerges from a self-imposed challenge of technical exploration. Untitled #88, for example, is a metallic gold hood—one of the first times Funk has depicted this color—however it was the tooth-like zipper that originally caught the artist’s interest. With Untitled #86, the soft luminous folds of the aubergine hood recall the silk robes of a Renaissance portrait. And Untitled #87 depicts a grey jersey hood for which Funk devised a micro-pointillist brushstroke to capture the knit. Casually hanging around the neck of the model is a pair of azure blue wireless headphones—a wearable technology that is an emblem of contemporary life.

Karel Funk (b. 1971, Winnipeg, Canada) received an MFA from Columbia University in New York in 2003. Funk has had solo museum shows at Winnipeg Art Gallery in 2016, Rochester Art Center (Rochester, MN) in 2009 and Musée d’Art Contemporain de Montreal in 2007. He has participated in several group shows in North America and abroad. His work is in the public collections of the Guggenheim Museum, Whitney Museum, LACMA, Hammer Museum, SFMOMA and the National Gallery of Canada, as well as many private collections. Funk will soon begin working on a print project with Marginal Editions in New York City. He lives and works in Winnipeg. 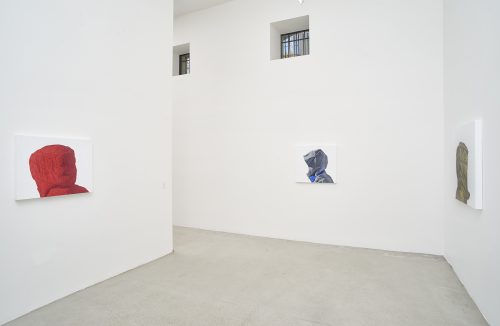 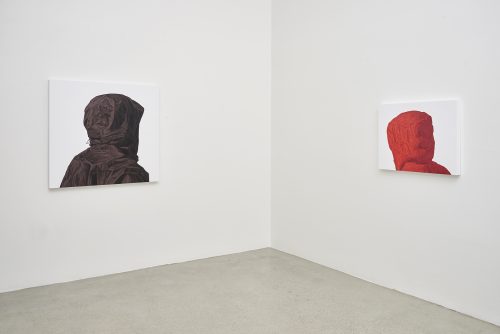 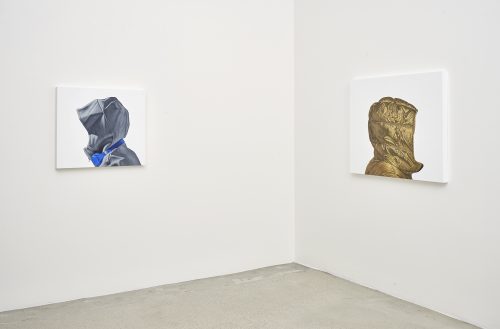 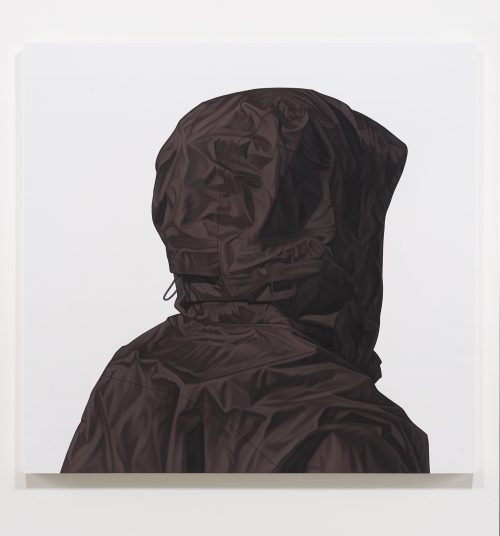 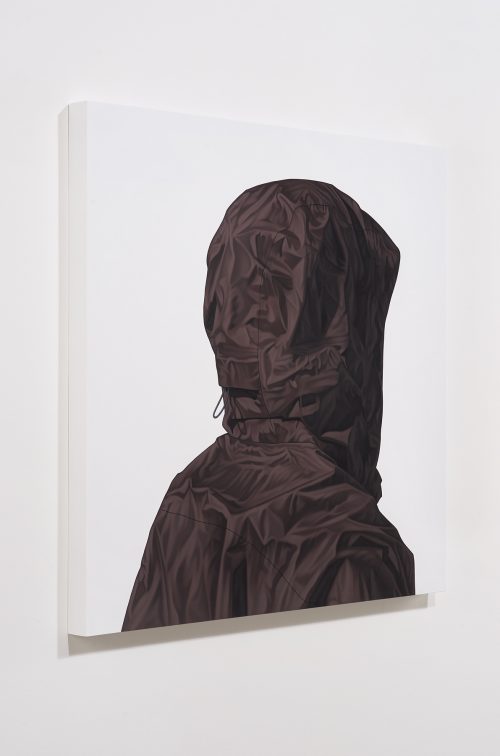 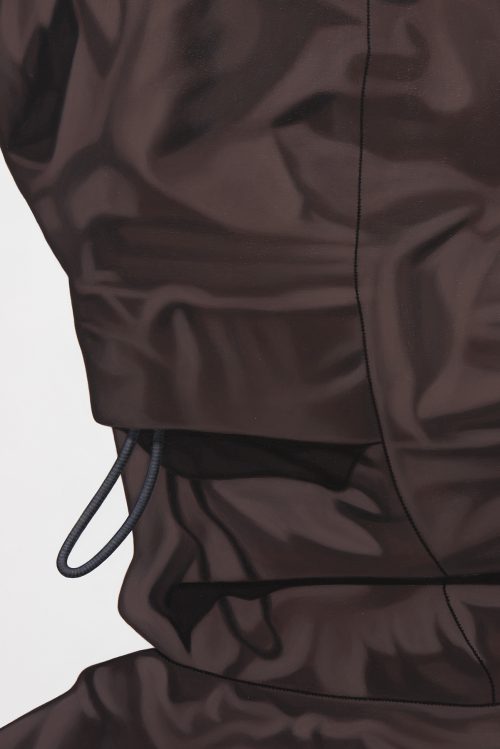 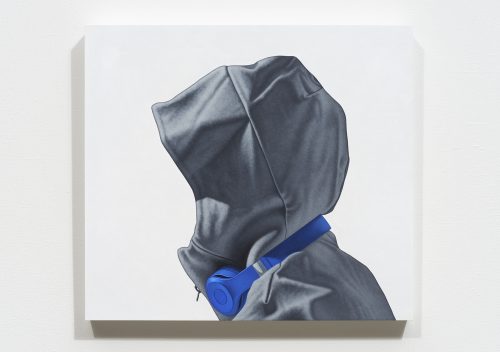 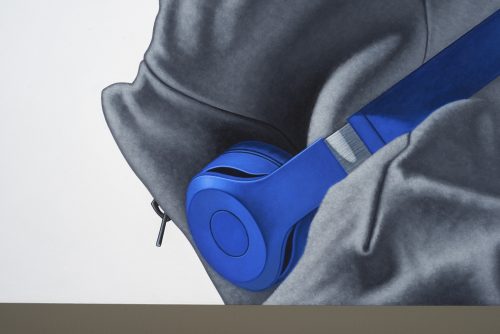 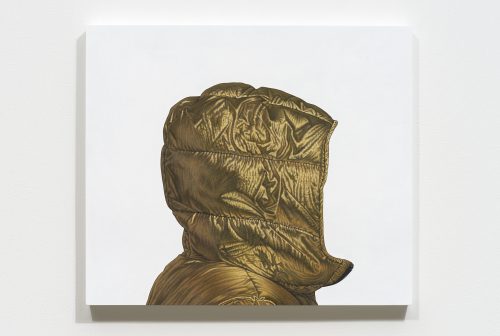 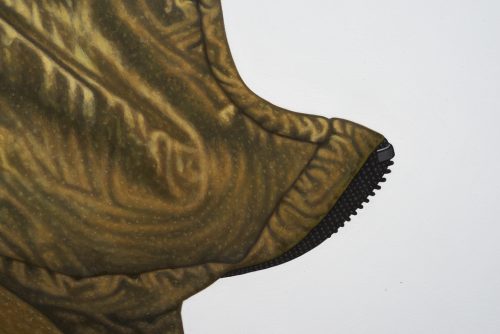 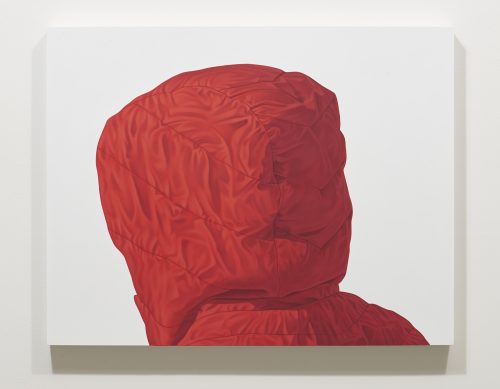 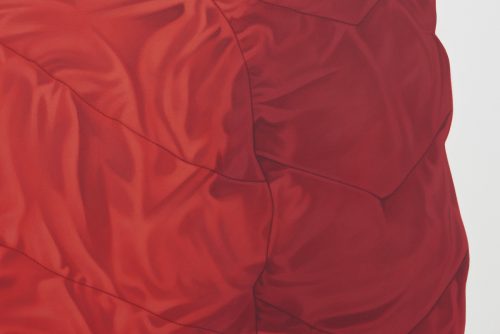