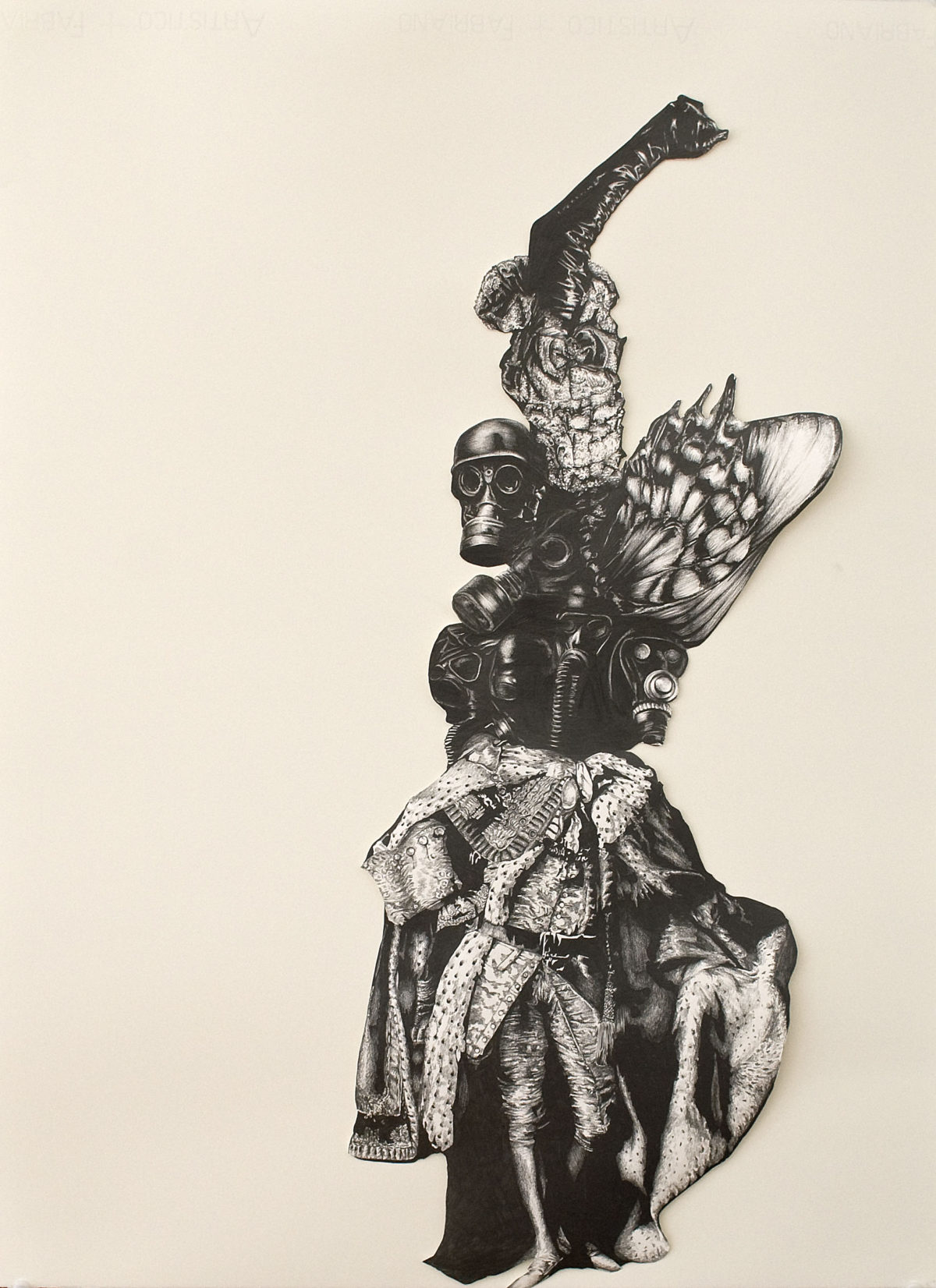 Silverman Gallery is pleased to announce “Enduring Patiently,” an exhibition of new work by Yuval Pudik. The artist’s second solo show at Silverman gallery features his lucidly rendered graphite on paper drawings, as well as a series of limited edition prints.

A reference to the Book of Revelations, “Enduring Patiently” speaks to the Judeo-Christian tradition of suffering and martyrdom, an idea Pudik utilizes to interrogate archetypes of masculine authority. This body of work draws from the rich pageantry of European courtly dress, developing the artist’s meditation on the body, social costuming, and the shifting of identity. Delving into a darker topography, Pudik engages questions of confinement and restriction through his detailed renderings of monarchs—male figures laden with historically charged accoutrements of mastery. Armor, lavish capes, furs, and gauntlets are meshed with jet engines, megaphones and guns to create fantastical bodily assemblages that are as radiant as they are grotesque. Through these almost obscenely excessive figures, Pudik creates a visual archeology that ultimately exposes the ways in which power ossifies into the momentous, yet fragile surfaces that constitute the social realm.

As with previous work, “Enduring Patiently” brings together an encyclopedic range of source material, from Jacobean portraiture to the garish images of fashion glossies. Through his proficient draftsmanship, Pudik fuses these disparate sources, juxtaposing found objects, animals, and lush flora with elements of graphic design, architectural ornamentation, airplanes, and other snippets of traditional male iconography. Blurring the divide between still life and portrait, some of these images have also been hand-cut to create autonomous objects; pseudo-monuments that offer a complex and dazzling excavation of historical imagery.

Yuval Pudik has held solo exhibitions in San Francisco, West Palm Beach and Los Angeles. His work has been included in numerous group shows, including Dilettantes, Dandies and Divas at Gavlak Projects, West Palm Beach and A Trip Down (False) Memory Lane at the Lexington Club, San Francisco. Pudik has been featured in Sang Bleu Magazine and has produced “Better Becoming”, a catalog on Pudik’s work with Cederteg Press. He currently lives and works in Los Angeles.

For more information please contact the gallery at (415) 255-9508 or info@silverman-gallery.com 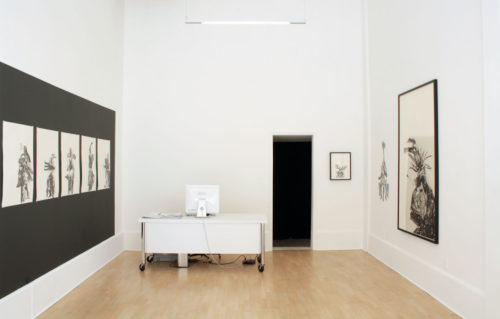 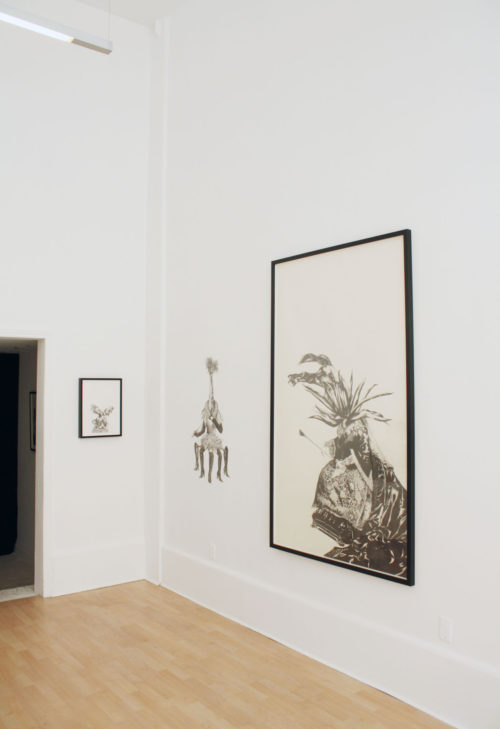 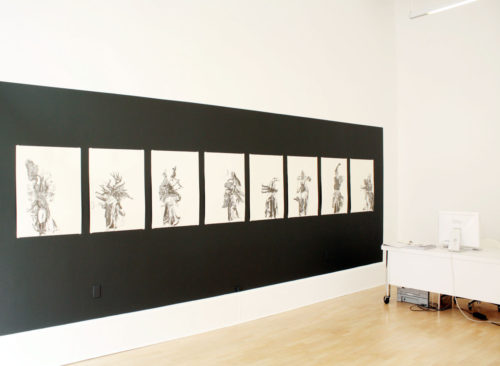 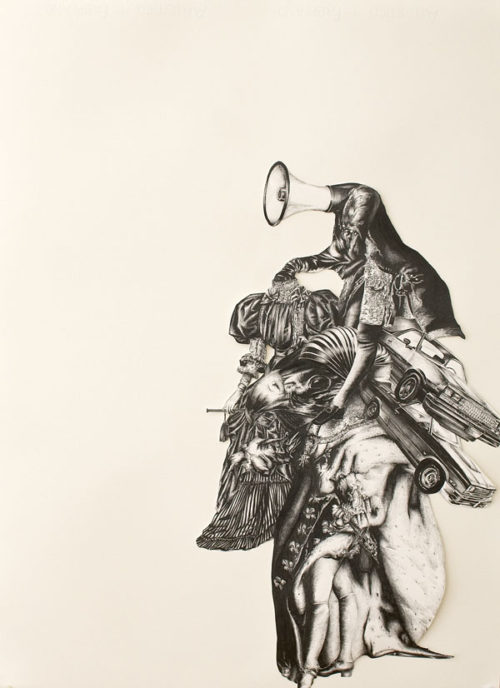 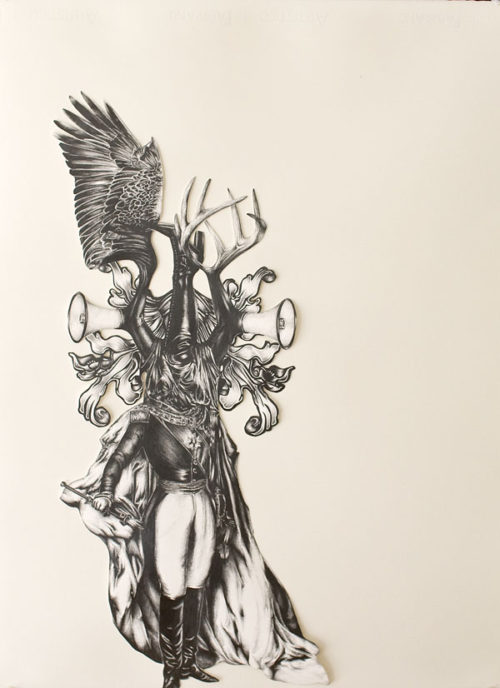