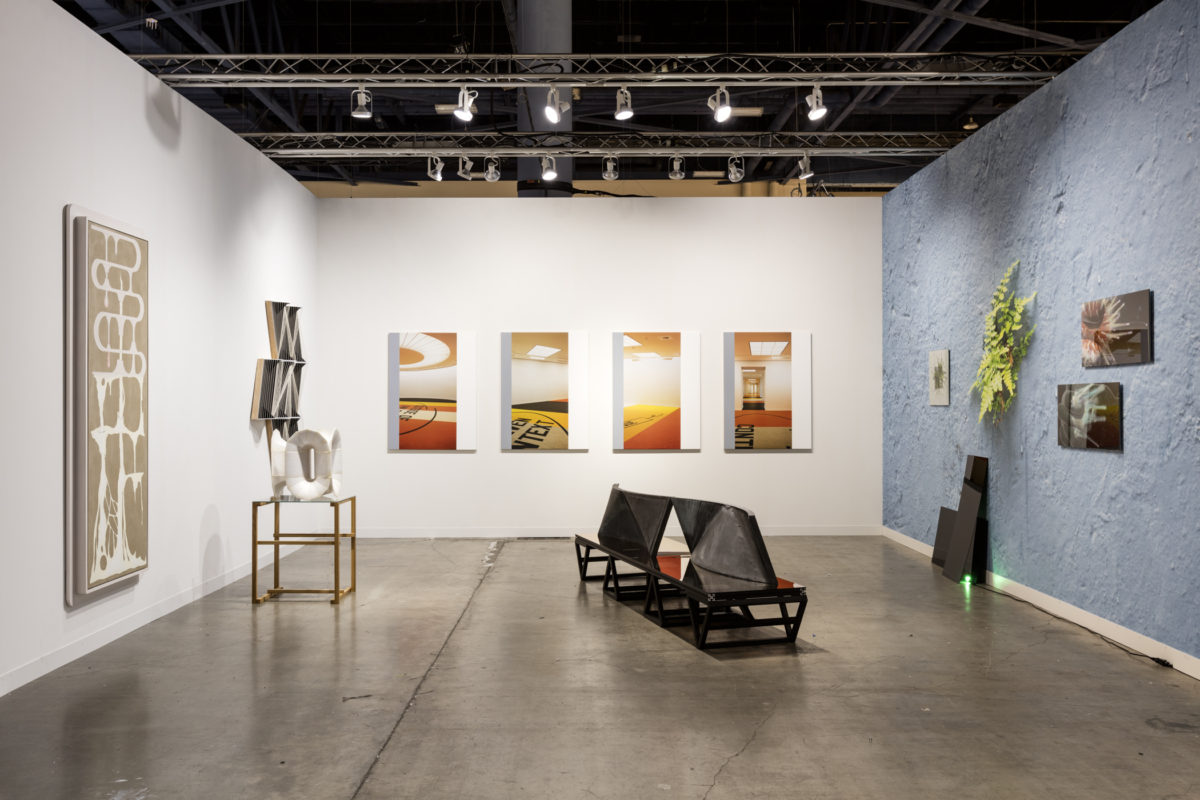 For the NOVA section of Art Basel Miami Beach 2015, Jessica Silverman Gallery features new work by Julian Hoeber, Ian Wallace, and Susanne M. Winterling. The exhibition will explore the artists’ interests in architectural forms, focusing on the relationship between the formality and materiality of the built environment and the body.

Julian Hoeber (b. 1974, Philadelphia, PA) explores the structural and biomorphic, mathematical and intuitive. In his latest works, grouped under the rubric, “The Inward Turn,” he creates a universe of architectural and corporeal interiors whose ambiguous forms invite the viewer to free associate. Hoeber has a BA in Art History from Tufts University, a BFA from the School of the Museum of Fine Arts, Boston, and an MFA from Art Center College of Design, Pasadena. His work is in the permanent collections of the Museum of Modern Art (New York), MOCA Los Angeles, Hammer Museum (Los Angeles), Rosenblum Collection (Paris), Tang Museum (Saratoga Spring, NY), Western Bridge Museum (Seattle), Rubell Family Collection (Miami) and Deste Foundation (Athens). Hoeber lives and works in Los Angeles.

Ian Wallace (b.1943, Shoreham, England) has been exploring the relationship between photography and painting, figuration and abstraction, for nearly fifty years. In this recent series of paintings, titled In the Museum (A Syntax of Dependency), Wallace ironically subverts a site-specific collaboration between Lawrence Weiner and Liam Gillick (in which the two artists substituted the floor for the wall as the primary field) by incorporating images of their piece into abstract wall works. Wallace received an MA in Art History from the University of British Columbia in 1968 and has taught many of the artists associated with the Vancouver school of photo-conceptualism. Wallace’s work can be found in many public collections including the Centre Pompidou (Paris), Reina Sophia (Madrid), MOCA (Los Angeles), and National Gallery of Canada (Ottawa). Wallace lives and works in Vancouver, BC.

Susanne M. Winterling (b. 1970, Rehau/Oberfranken, Germany) investigates the dichotomy of inside and outside, bodily and chemical, urban and rural through various mediums. The wallpaper and photographs exhibited here question how things move and grow in the physical world. Winterling studied philosophy and art history at the Akademie Isotrop, Hamburg and Fine Art in Hamburg and Braunschweig. She has exhibited in many museums including Kunstlerhaus Bregenz (Germany), Badischer Kunstverein (Germany), Fridericianum (Germany), Kunsthalle Lingen (Germany), Center for Contemporary Art Prishtina (Republic of Kosovo). Recent gallery shows include Ludlow 38 (New York), The Cologne Room (Los Angeles) and Lulu (Mexico City). Winterling lives and works in Oslo and Berlin. 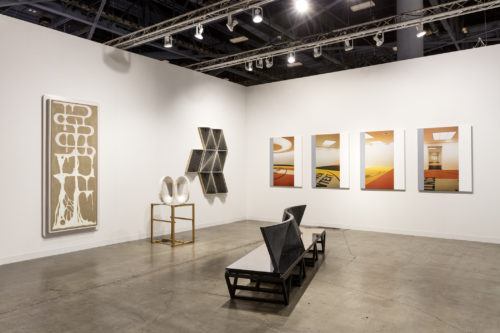 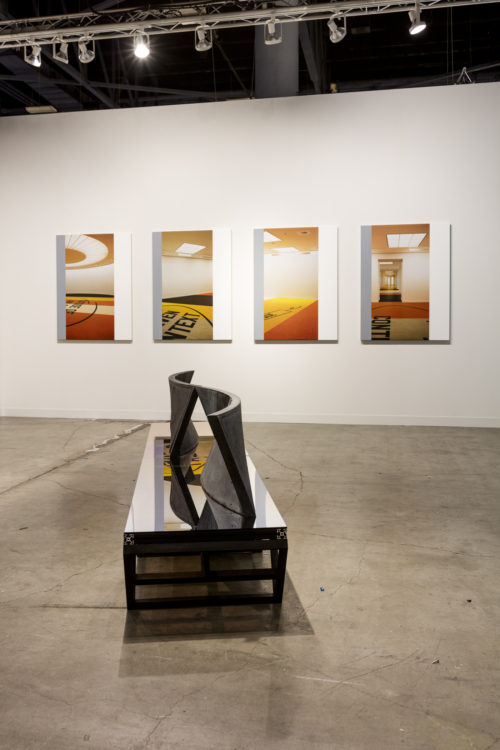 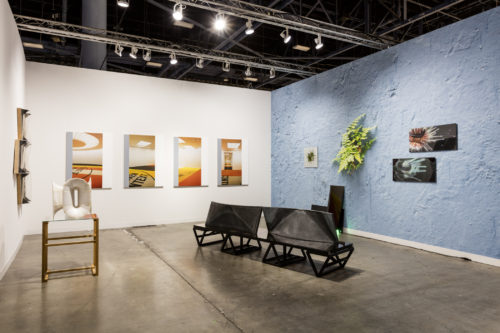 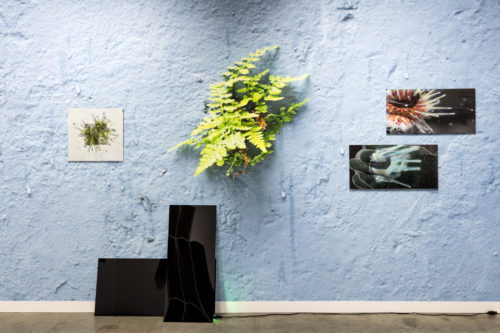 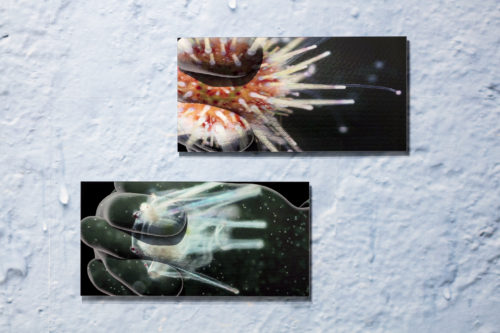 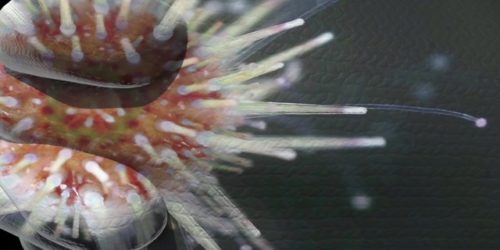 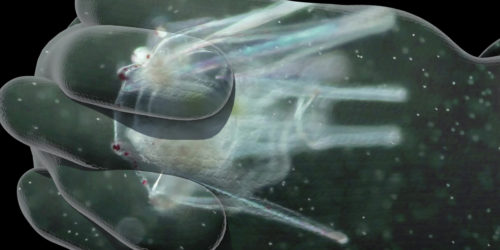 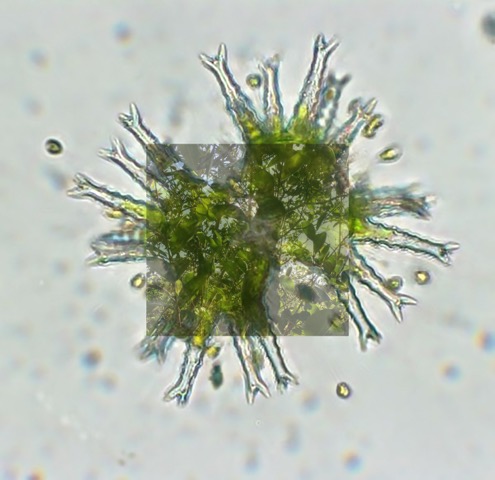 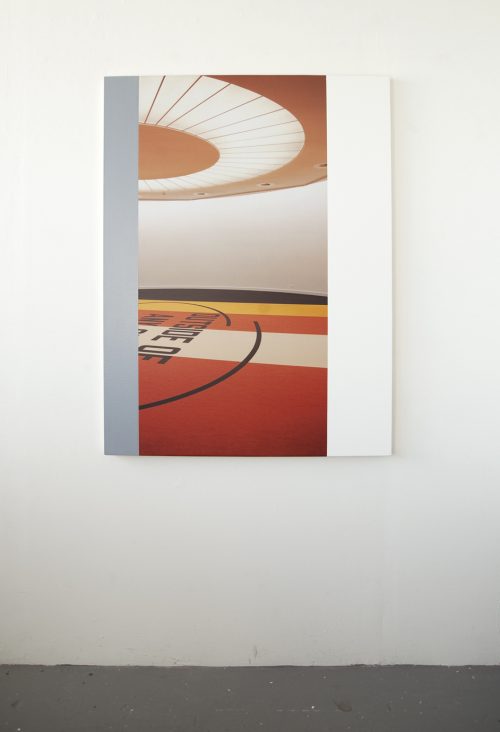 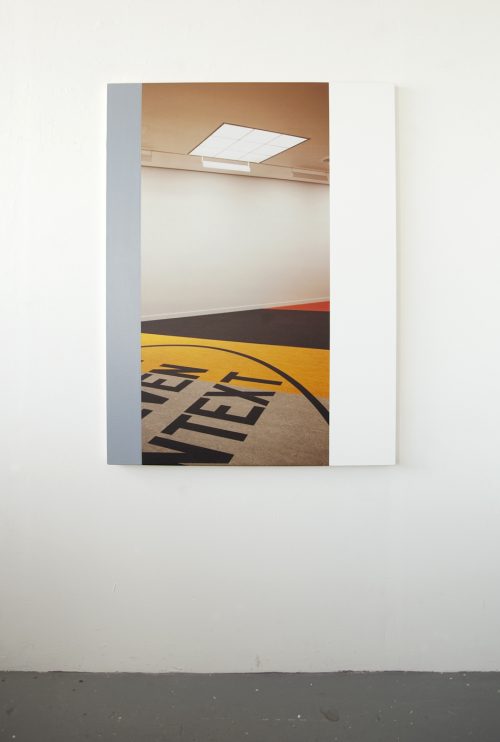 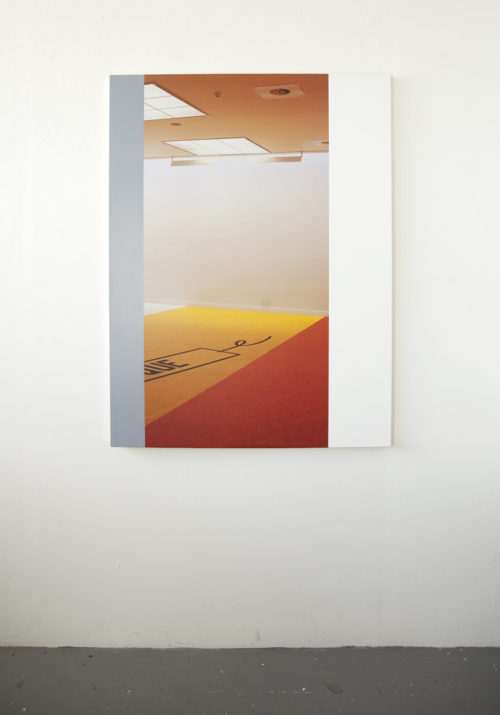 Ian Wallace
In The Museum (A Syntax on Dependency) III, 2015
Photolaminate and acrylic on canvas
48 x 36 inches 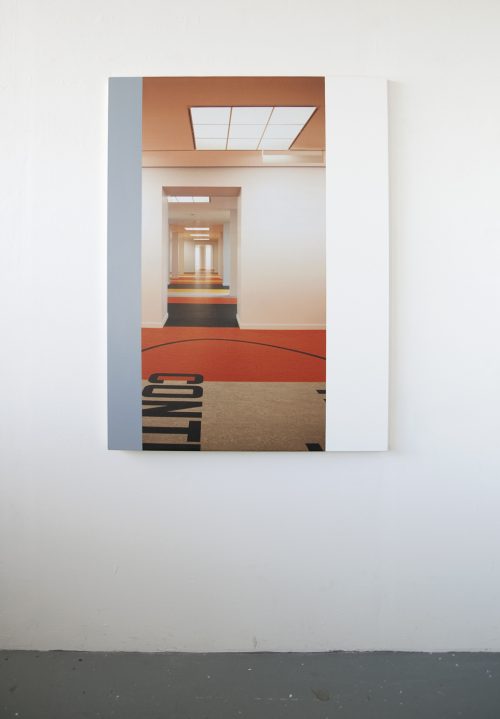 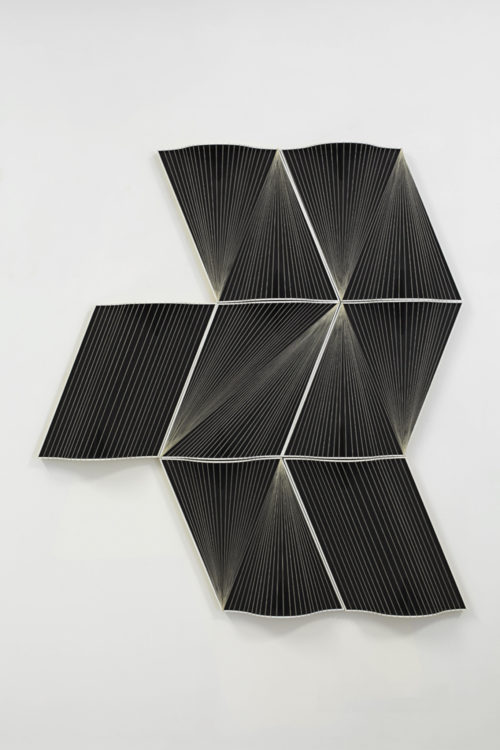 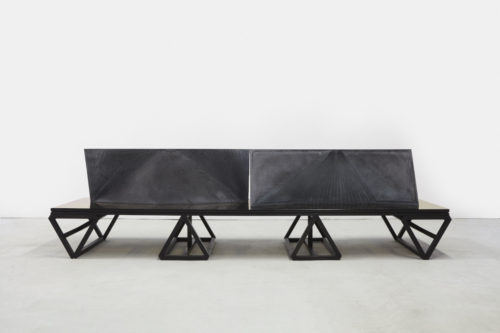 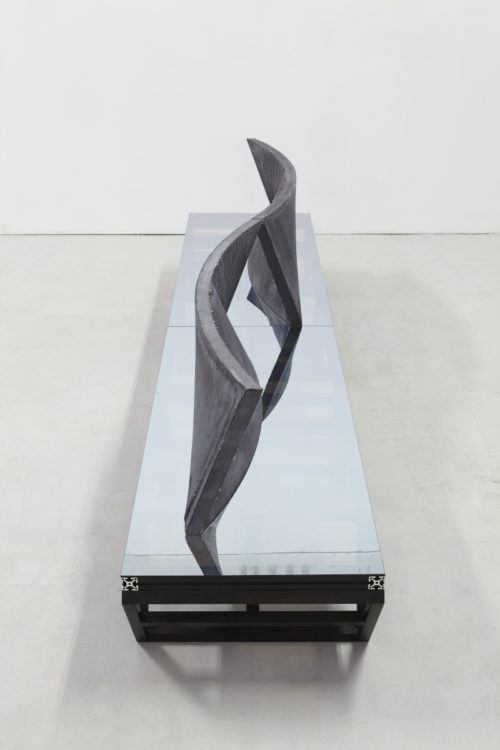 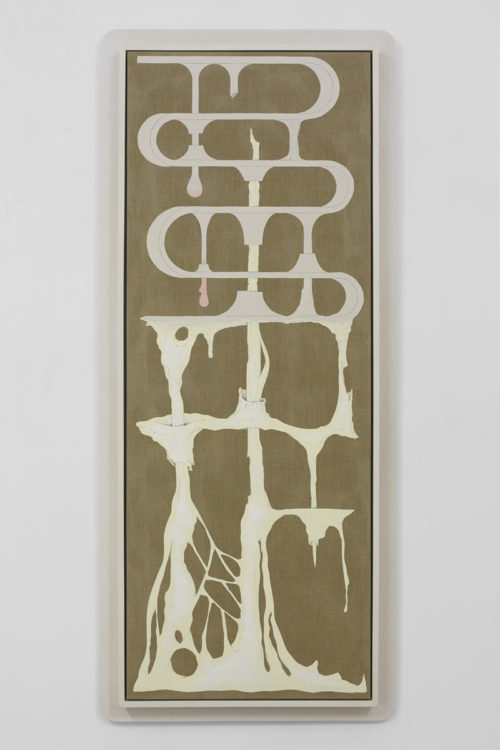 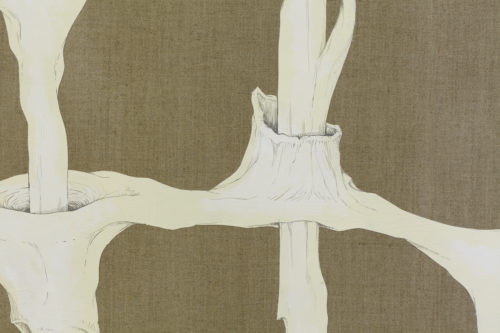 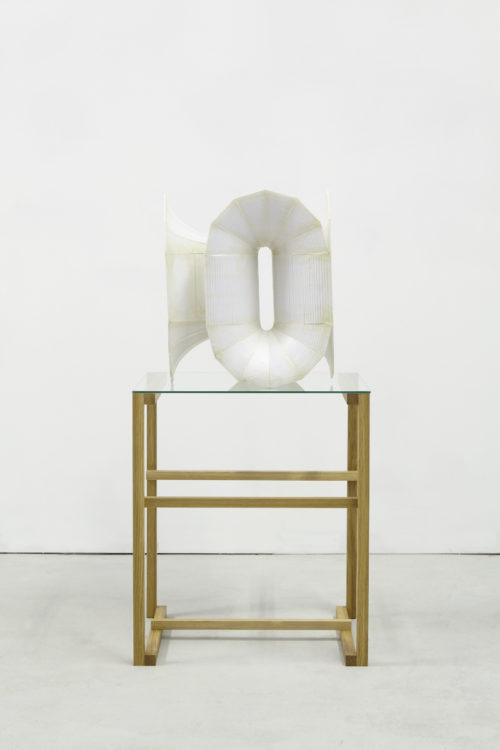 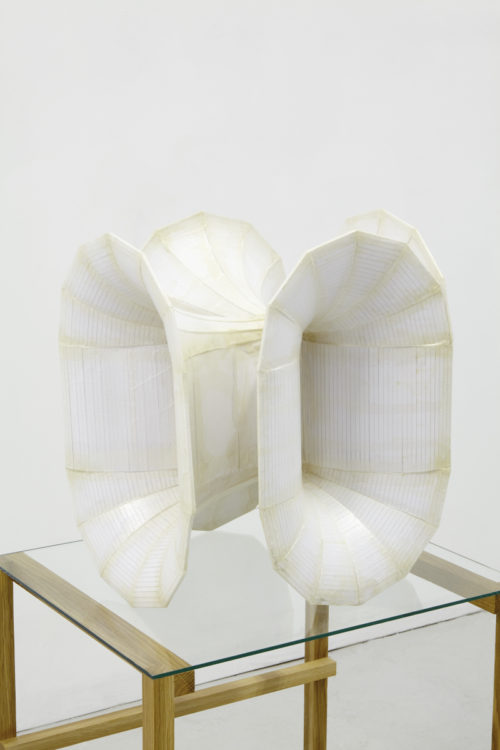