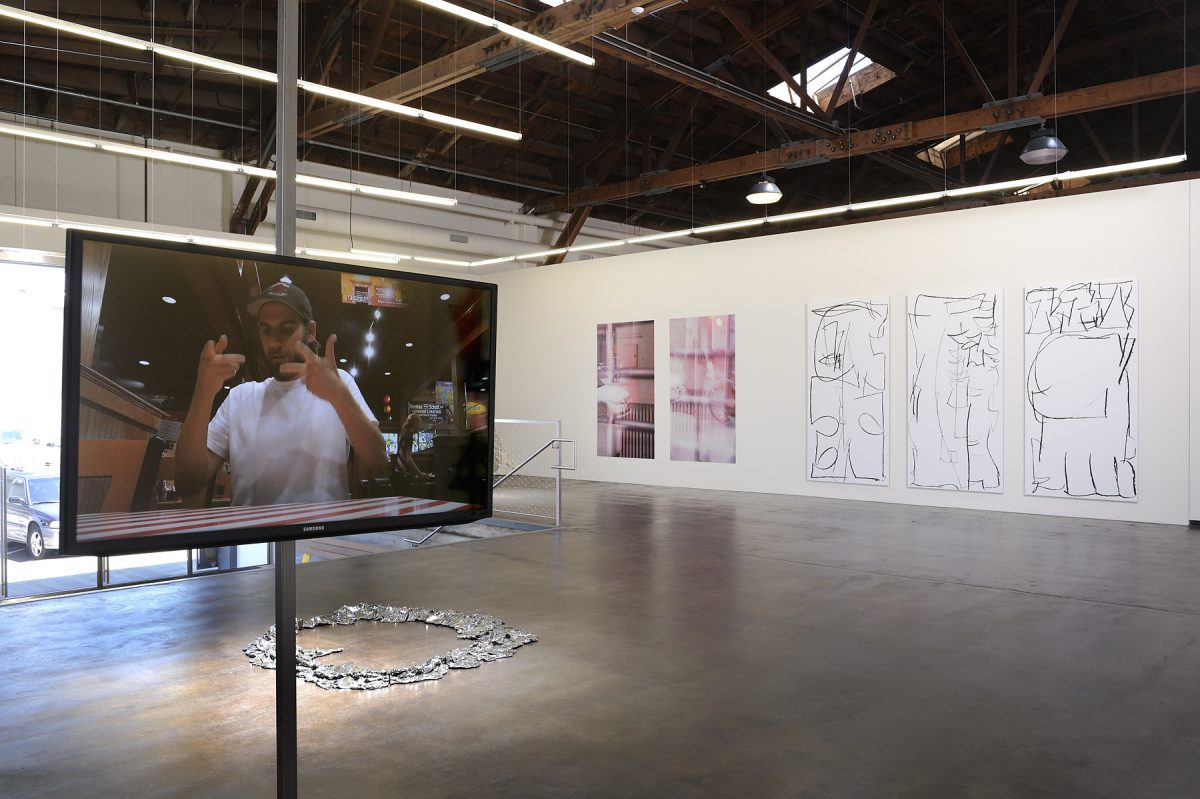 A Topography of Chance

This group exhibition is inspired by Daniel Spoerri’s An Anecdoted Topography of Chance, a classic Fluxus artist book. Like Spoerri’s publication, the artworks suggest that chance is not random, but shaped by rituals and repetition. Through a broad range of media, Bruce Nauman, Brie Ruais, Rose Marcus, and Aaron Garber-Maikovska explore the predictability of the accident and the fortuity of pattern, especially those mediated by the body.

Bruce Nauman (b. 1941, Fort Wayne, IN). In Setting a Good Corner (Allegory and Metaphor) (1991), Nauman constructs a fence on his ranch in New Mexico for the length of the fifty-minute video. The static camera captures the artist while he digs holes, secures foundations and sets tension wires. The work expands Nauman’s studio to embrace his backyard and captures his distinctive rhythms. Always a protagonist in his work, Nauman’s activity ends up framing himself with his fence.

Brie Ruais (b. 1982, Santa Ana, CA). Ruais works with clay, kneading, pushing, kicking, tearing and squeezing it. The resulting forms are abstract and intimately tied to physical action. Double Fold and Unfold, 130lbs is partly titled after her body weight, while Holding a Good Corner, 266lbs (2014) shows the trace of repetitive gestures made by Ruais and her boyfriend. Her work suggests a battle between persistence and gravity, human determination and the power of materials.

Rose Marcus (b. 1982, Atlanta, GA). Marcus’s photographs explore liminal times and spaces, directing our attention to the lulls in between the action and the locations that are rarely the main attraction. Printed on vinyl and adhered directly to the wall, the works in this new series capture reflections, positioning store windows and urban glass as lenses into another dimension. Often containing the artist’s own reflection, these photographs suggest the “aesthetic stubbornness,” as Marcus puts it, of our cities and ourselves.

Aaron Garber-Maikovska (b. 1978, Washington DC) is a performance artist who makes works in a range of media, including videos of elaborate hand dances and abstract paintings that involve highly ambiguous gestures. Garber-Maikovska’s paintings are suggestive of graffiti, Chinese characters, anthropomorphic figures and pictograms. Composed from doodles drawn on acetate then projected at a totemic scale, they are charged with performative energy that has been described as a “future comedy.” 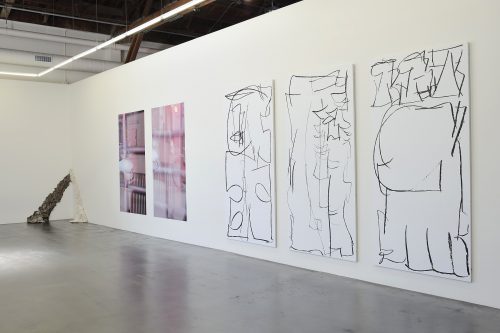 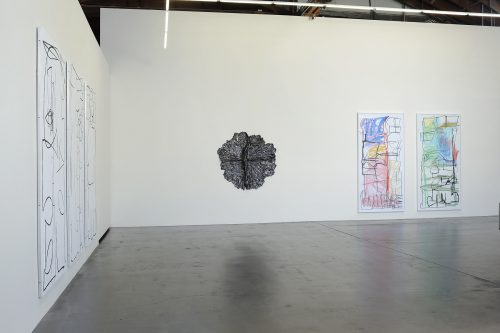 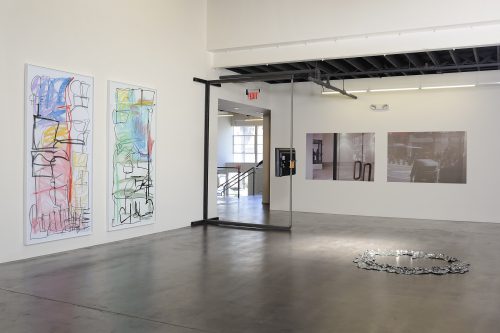 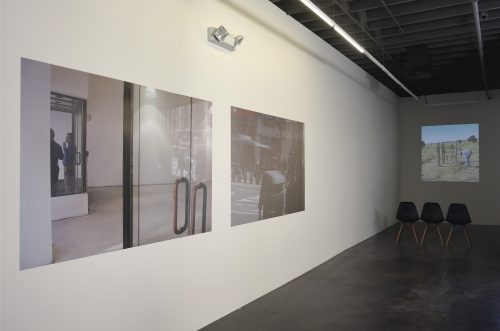 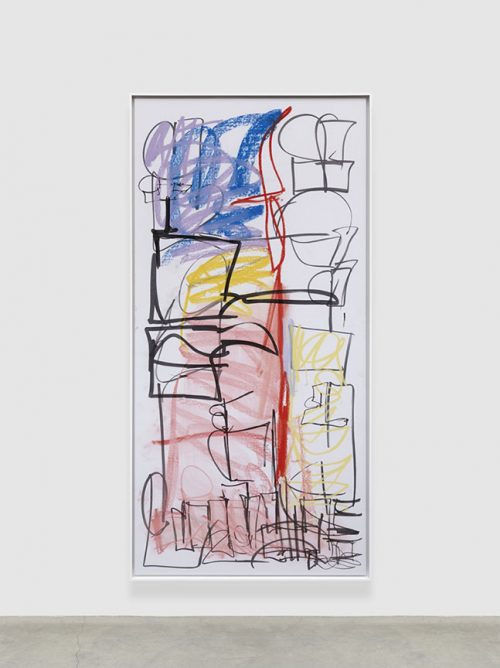 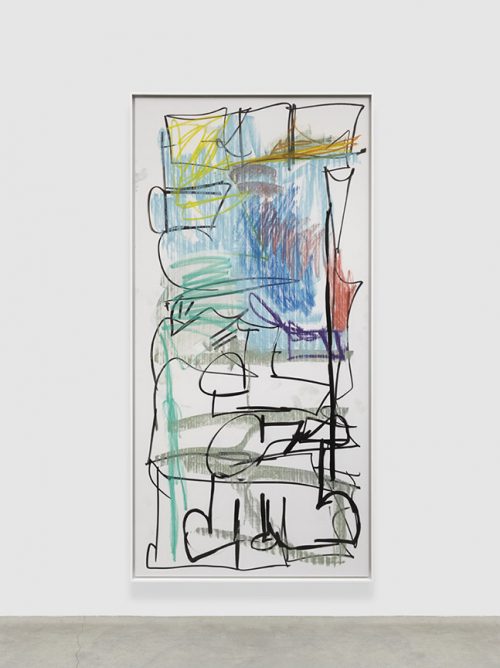 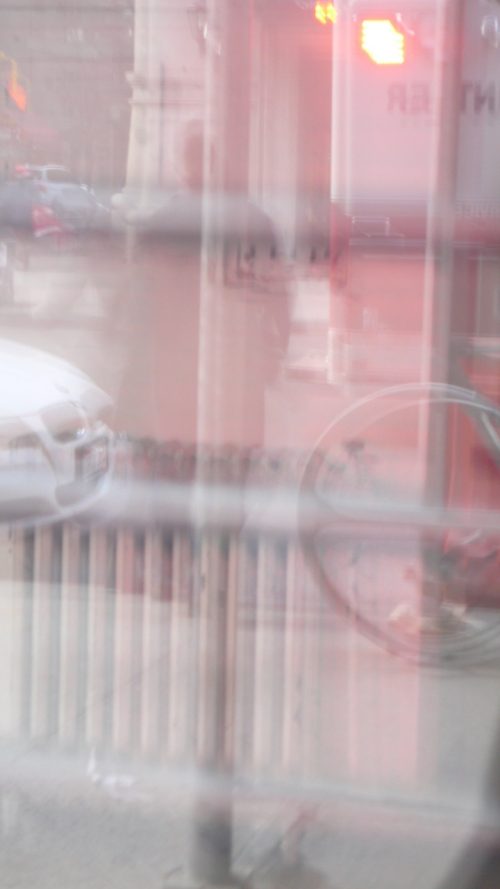 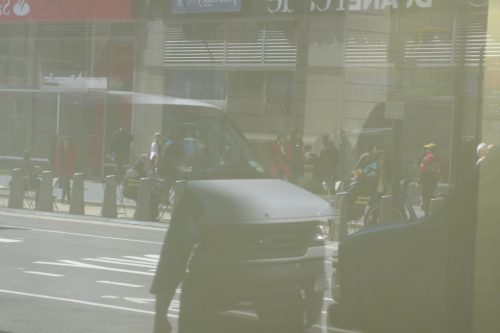 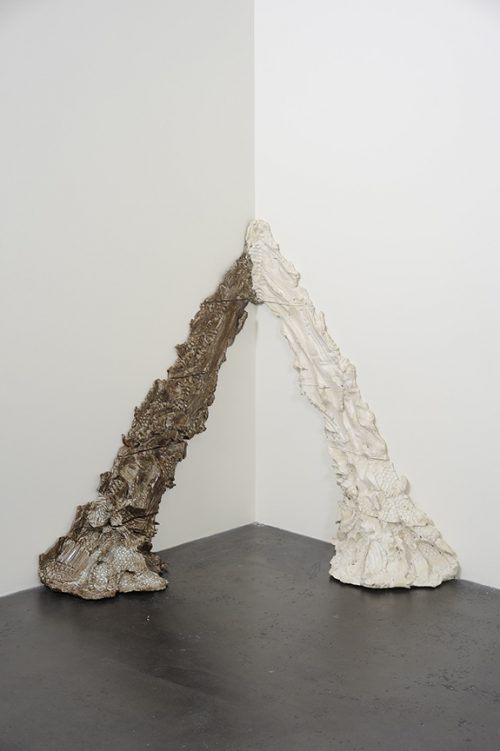 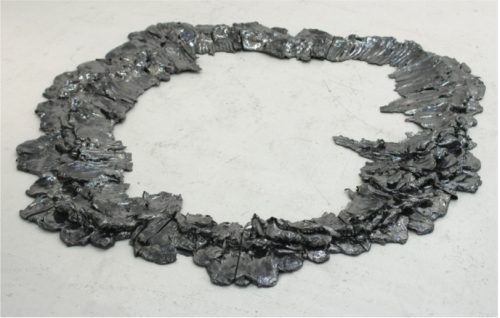 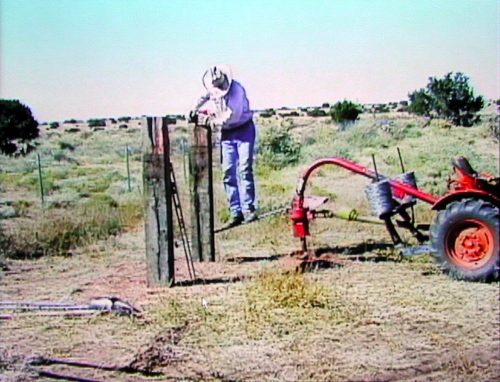 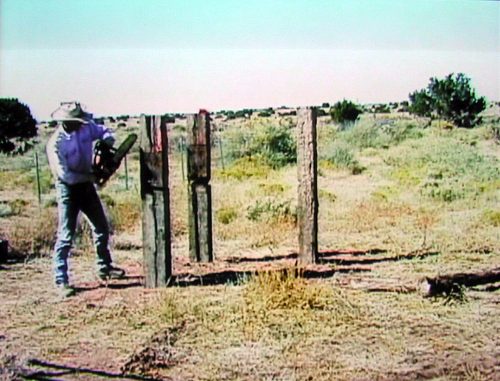