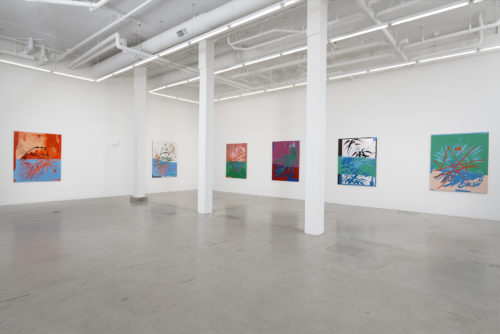 Jessica Silverman Gallery has an international reputation for curating compelling exhibitions, building artists’ careers, and collaborating with collectors who are keen on positive provenance. Our mission is to support artists whose relevance to contemporary culture is such that museums and other public institutions want to understand and embrace their work.

Jessica Silverman founded her gallery in 2008, after completing a BFA in Studio Art at Otis College in Los Angeles and an MA in Curatorial Practice at the California College of the Arts, San Francisco. Introduced to art by her late grandfather, Gilbert Silverman who, with his wife Lila, was the leading collector of Fluxus in America, Jessica’s nose for meaningful content and eye for formal innovation developed early.

The Gallery has participated in many selective art fairs. Last year, its annual calendar was punctuated by Art Basel Miami Beach, FIAC Paris, New York’s ADAA Art Show and San Francisco’s Fog Design+Art. Silverman is on the Selection Committee of Expo Chicago and a member of the Art Dealers Association of America.

Works by the gallery’s artists have been acquired by museums all over the world including Tate (London), Centre Pompidou (Paris), Reina Sofia (Madrid), MoMA (New York), MCA Chicago, Art Institute of Chicago, the Dallas Museum of Art, the Nasher Sculpture Center, Los Angeles County Museum of Art, National Gallery of Canada, the Art Gallery of Ontario, not to mention SFMOMA, Berkeley Art Museum, and the De Young.

For nine years, Silverman sat on the San Francisco Arts Commission where she oversaw the acquisition and commission of art works for sites like SFO Airport. Since then, she has advised property developers, such as the Mark Company, Troon Pacific and Related Companies.

For an account of Silverman’s art pedigree, see: “Jessica Silverman’s Secret to 10 Years of Success as a Gallerist? Hustle Harder.”

We currently do not accept any unsolicited artist submissions.