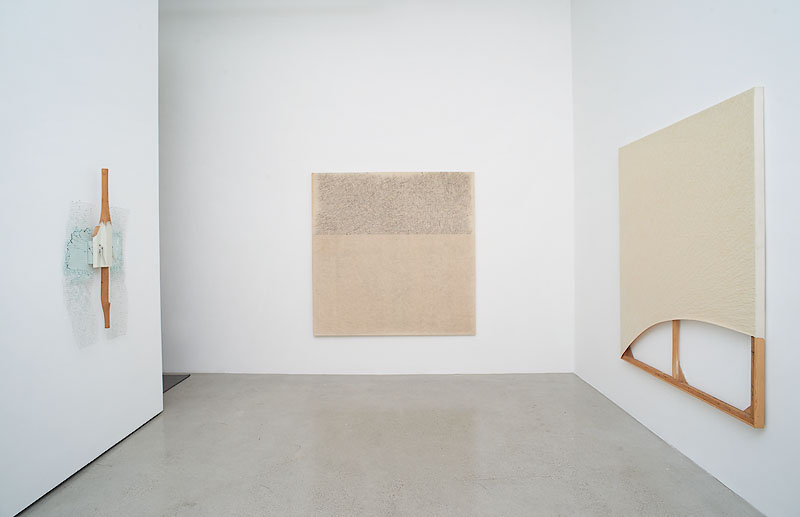 Amikam Toren’s work is marked by acts of destruction and restoration or resurrection. He scavenges his studio and the street looking for humble objects to put through his performative processes. He combines his interest in fragmentation by transforming everyday materials into works of art, resulting in what he terms the “museumification of the utilitarian.” The completed works often reveal to us clues about their material origins while also eluding our grasp.

For the series Untitled With a Horizontal Thread Removed (1973), the artist draws with ballpoint pen on canvas, then removes a section of horizontal threads in the canvas’s weave, creating a fragile surface whose vulnerability brings out the absurd side of Minimalism. This is the first body of work in which the artist demolished part of the canvas itself. In the wake of this series have come others such as the artist’s “Pidgin,” “Armchair” and “Reproduction” paintings.

Toren began making Pidgin Paintings in the mid-1980s. In a process that is almost theatrical, the artist stretches the canvas, slices out swaths of the fabric, pulverizes the cotton, then mixes it with a clear binder and applies the mixture as if it were paint to the canvas that remains. By exposing the stretcher and the wall behind, Toren breaks with the formal conventions of painting by deconstructing the traditional distinction between surface (canvas) and support (stretchers) creating paintings that are at the same time sculptural objects.

Toren’s Burglaries series (1985-86) continues the artist’s fascination with fragments and demolition by creating wall mounted sculptures of “opened out” security windows. Shards of smashed glass cling to the metal grids left unfinished and spreading outwards. The window appears as if it has somehow escaped the wall, bringing new attention to the habitually unnoticed. Although made over 30 years ago, the Burglaries work is as relevant as ever insofar as it evokes issues of cybersecurity, transparency, vulnerability and privacy. 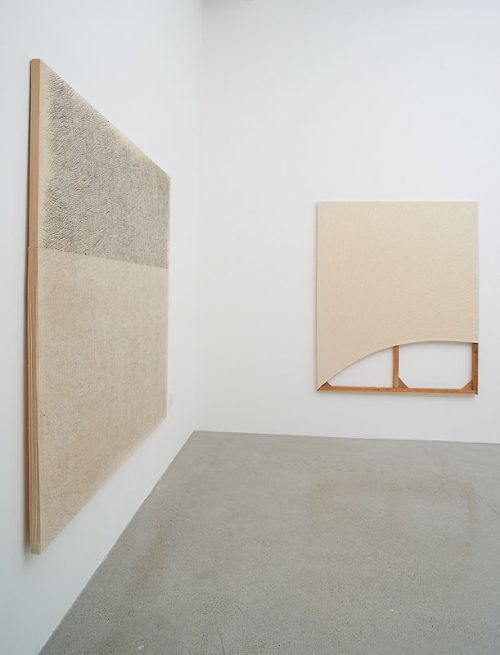 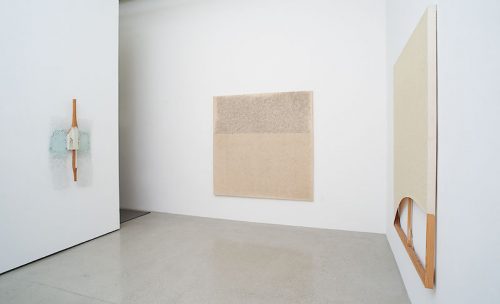 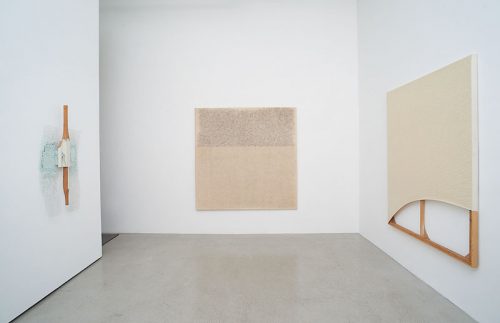 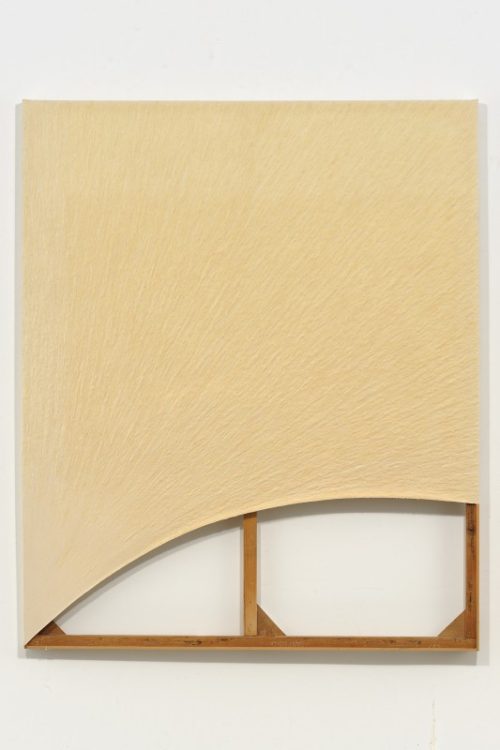 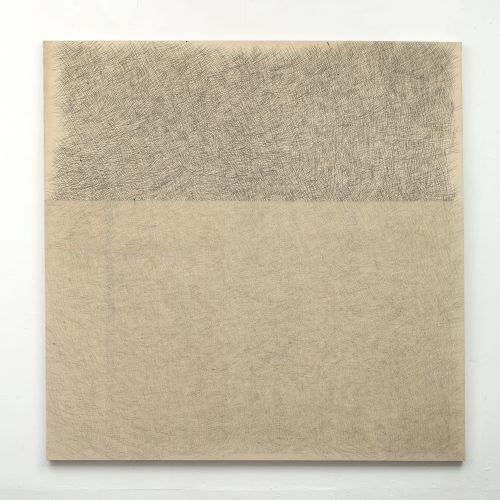 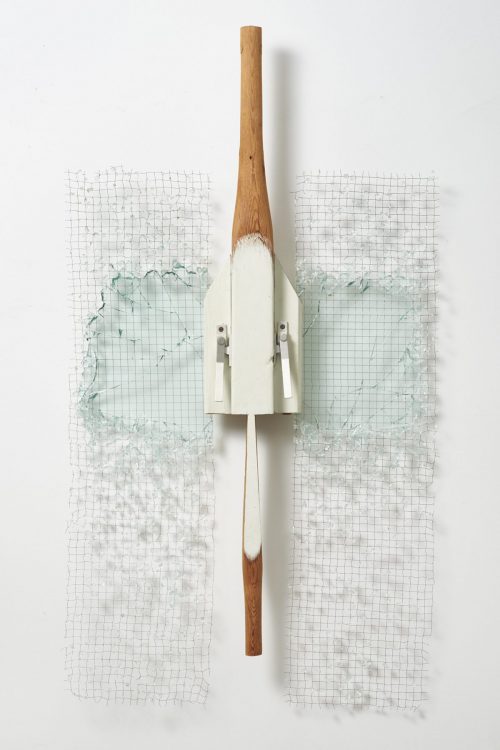